“I first got really concerned about the pandemic’s reach [on March 6] when Austin, Texas, cancelled South By Southwest, which is a huge economic engine for that city. It became clear right away that the budget surplus the City of Cincinnati was anticipating for 2020 was going to flip to a gigantic hole, and so from day one we focused simultaneously on public health and finances. We got city council’s authority to borrow up to $150 million if necessary to continue providing basic services. We still don’t know if Congress is going to help us and other local governments before we have to pass our next budget, so that borrowing flexibility has been a godsend for us.

“I was concerned early on about, you know, what if half the police department gets sick? What if all the waterworks employees get sick, how do we continue to provide clean water? And while we were trying to get our bearings, City Manager Patrick Duhaney got ahead of everything and was already buying PPE for Cincinnati—and he didn’t have to fight other cities or states for it. There’s been incredible cooperation among Ohio’s seven biggest cities and Governor Mike DeWine. For the first month and a half the mayors had a call with the governor every day, weekends too, to share best practices, efforts, and experiences.

“Going through the city worker furlough process was very emotional and difficult. I’ve been touched with how they accepted the furloughs, which can really hit people’s pride. I got a text from a staffer who said he’d work for free, he just wanted to serve during this time. I have to say council has been really responsible, taking some tough votes to cut funding and save money that normally could have created a huge public fight. And the public came through to follow the stay-at-home orders. Really, everyone has rallied together to salute the flag, so to speak.

“As the process moves along with reopening, things are getting more polarized. There’s too much social media shaming of each other. I honestly think most people are trying their best, and we shouldn’t be so judgmental.” 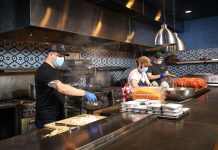 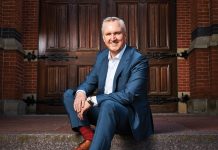 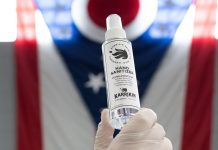 How Local Companies Adapted to COVID-19