From a puppet workshop for the kiddos to a pool party brunch just for the doggos, these are the best kids and pets offerings the Queen City has right now.

Northern Kentucky Children’s Bookstore: Blue Marble Books
For 40 years, Blue Marble in Ft. Thomas has been the source for kids’ books: board books for wee ones, Captain Underpants for new readers, and all the latest YA titles for your teen. Teachers and collectors aren’t left out, with plenty of activity books and signed first editions available. An upstairs room honors Goodnight Moon (say good night, mittens and kittens!), so it’s fair to say that Peter Moore and the rest of the staff know their stuff.
1356 S. Ft. Thomas Ave., Ft. Thomas, (859) 781-0602

Splash Pad: Smale Riverfront Park
The fun here comes in different sizes: Sure, the waterspouts near Joe Nuxhall Way are a good place to start, but check out the P&G go Vibrantscape. Pump H20 from a faucet into a series of cascading channels with release valves, manipulate those currents through rotating dams, and cause motion in a watermill by spinning a faux auger into the ground—all with the scenic Roebling Bridge in the background.
166 W. Mehring Way, downtown, (513) 352-6180

Dog Ice Cream Spot: Norwood Delite Creamy Whip
This is your classic, cash-only, walk-up ice cream spot. Fried food, sundaes, cones, cups, slushies, and shakes (the creamy whip cones of the Dole and blueberry varieties are standouts). But what really makes this place worth the drive across town? You can bring your furry friend along for a free cone—if you’re the kind of pet mom or dad to let your pup indulge in a human dessert.
4490 Forest Ave., Norwood, (513) 841-1114

Kenner Cameo: Cincy Kids
Kristian Geer specializes in forced-perspective toy photography and “not so forced perspective” poetry on his Instagram, posing plastic toy characters in front of public landmarks around town and spinning a few lines of poetry with each photo. Inspired by the downtown ArtWorks mural celebrating Kenner Products, once headquartered here, Geer collected his work into a book of photos and poems, Cincy Kids. “The toys we grew up with, in the city we love,” he calls it.

Dog Park: Summit Park
Trips to Summit Park (Haven’t been? You’re way behind!) offer something for every family member—even four-legged ones. While the kids run around the futuristic playground or race along zip lines, take the pup to frolic in the fully fenced, 4.5-acre dog park. Hang in the shade when it’s hot, walk on surrounding trails, and grab a drink afterward on one of the restaurant patios. Your pup gets to run, but everyone else also has fun.
4335 Glendale Milford Rd., Blue Ash, (513) 745-8550

Place to Play: Play Library
For the littles, it’s like discovering the most amazing playroom ever. At Play Library’s bigger, brighter new space on Main Street, walls look like coloring book pages, swings hang from the ceiling, and toys and games are everywhere. The coolest part? It’s just like a library, so your kids can borrow their favorites (and you don’t have to buy a bunch of stuff). The volunteer-run nonprofit also recently launched Play It Forward: For every play date purchased, they donate one to a kid in need.
1306 Main St., Over-the-Rhine, (513) 407-7045 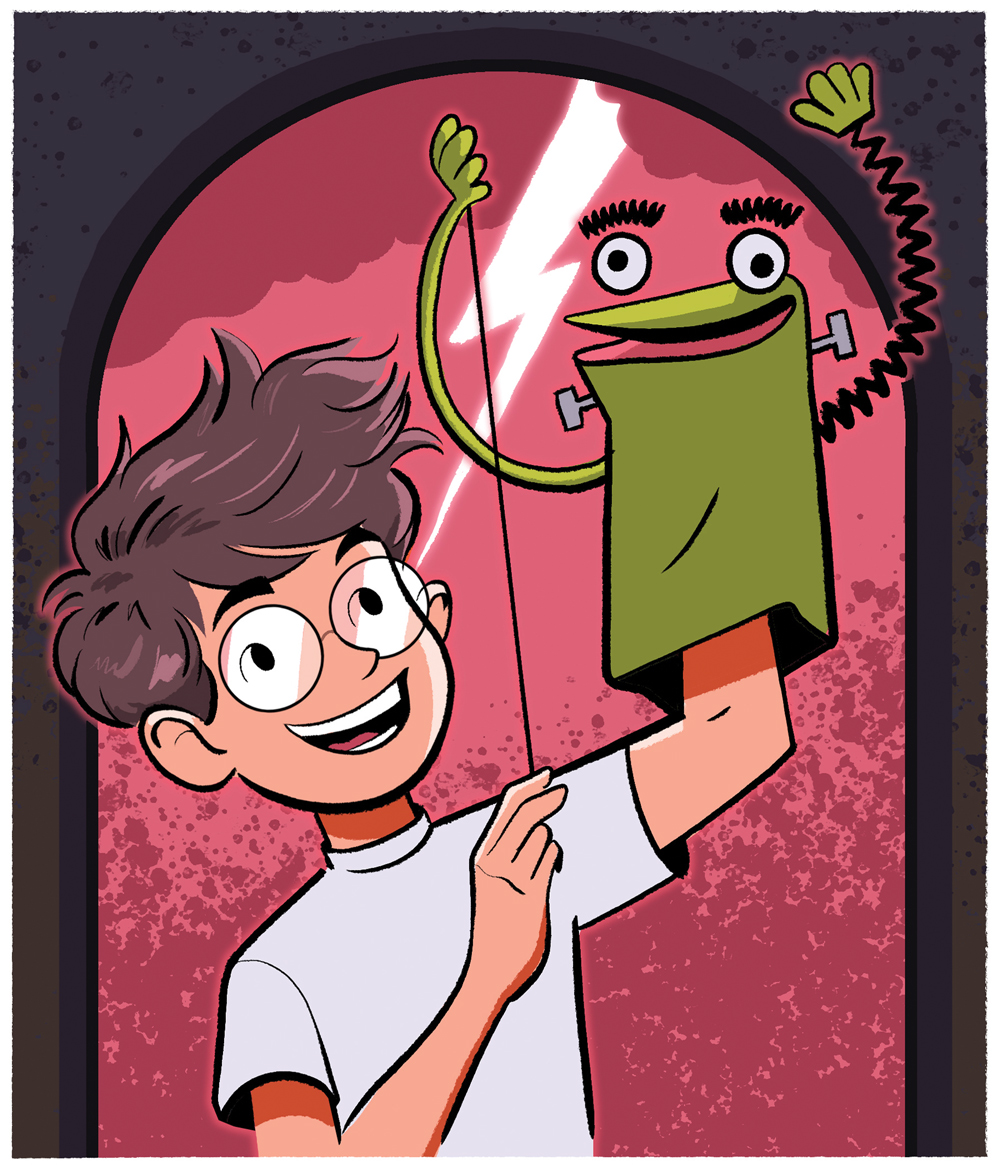 We’ll be the first to admit: Puppets can sometimes be a little off-putting. But the folks at Madcap Puppets take any creepiness out of the art of puppetry and puppet-making. Their Westwood brick-and-mortar location opened in November 2018, and Madcap now offers on-site or remote puppet workshops, ranging from puppet creation to the art of puppet manipulation and storytelling. It’s the perfect activity for your creative son or daughter’s group birthday party or class field trip.
3064 Harrison Ave., Westwood, (513) 921-5965

Art Space for Kids: Rosenthal Education Center, Cincinnati Art Museum
It’s a dilemma: You want to expose your kids to great art, but “look, don’t touch” doesn’t go over well. Head directly to the Rosenthal Education Center at the Cincinnati Art Museum, where little hands can explore the current thematic exhibition (themes change in October and March) and make their own masterpieces. You can create right alongside them, and everyone will learn something about art.
953 Eden Park Dr., Eden Park, (513) 721-2787

Infant Swim Lessons: Infant Swimming Resource, ISR Self-Rescue
Sobering stat for every new parent: Drowning is the No. 1 cause of accidental death in infants and toddlers under age 4. ISR Self-Rescue teaches children as young as 6 months to save themselves from drowning. (If you don’t believe it, check out the YouTube videos.) Certified instructors, five in Cincinnati, provide 10-minute, one-on-one lessons where infants learn to hold their breath under water, roll onto their backs, and float unassisted. Talk about peace of mind for parents.

Fun Spot for Kids: EnterTRAINment Junction
Even if your little isn’t obsessed with trains, EnterTRAINment Junction is worth a trip. With two miles of train track and more than 1,200 train cars running through scenes depicting railway history, it’s the largest indoor display in the world (quite a sight, even for adults). You’ll also find cool replicas of Cincinnati landmarks. Kids can catch a ride on the outdoor train during warmer months, burn some energy at the interactive play area, and see Santa and Mrs. Claus during the holiday season.
7379 Squire Court, West Chester, (513) 898-8000

Healthy Food for Allergic Pets: Argos
Like humans, your dog or cat can develop allergies to certain foods, resulting in stomach and skin problems (or worse). Argos custom makes several formulas of dry food once a month, without dairy, grain fillers, or chemical preservatives—all common sources for pet allergies. Buy it by the pound at the two Argos locations or at Clifton Market, Delhi Pet Center, and A Fortunate Dog Spa in Loveland.
2801 Woodburn Ave., East Walnut Hills, (513) 221-4451; 7713 Camargo Rd., Madeira, (513) 561-7966

Tropical Fish Supply: Monfort Aquarium and Pet Shop
Holy mackerel—well, Monfort Aquarium and Pet Shop doesn’t have mackerel, but it has a lot of exotic fish. The black and white Heniochus butterfly fish with its graphic stripes and flash of bright yellow hovers at the high end of the scale, while the fluorescent (and genetically modified) Glo Tetra, in a wide variety of colors, is a more affordable option. When you consider the variety of underwater plants, decor, and tanks available, Monfort becomes your one-stop shop for building a bustling aquarium.
6520 Colerain Ave., Colerain Township, (513) 923-3369 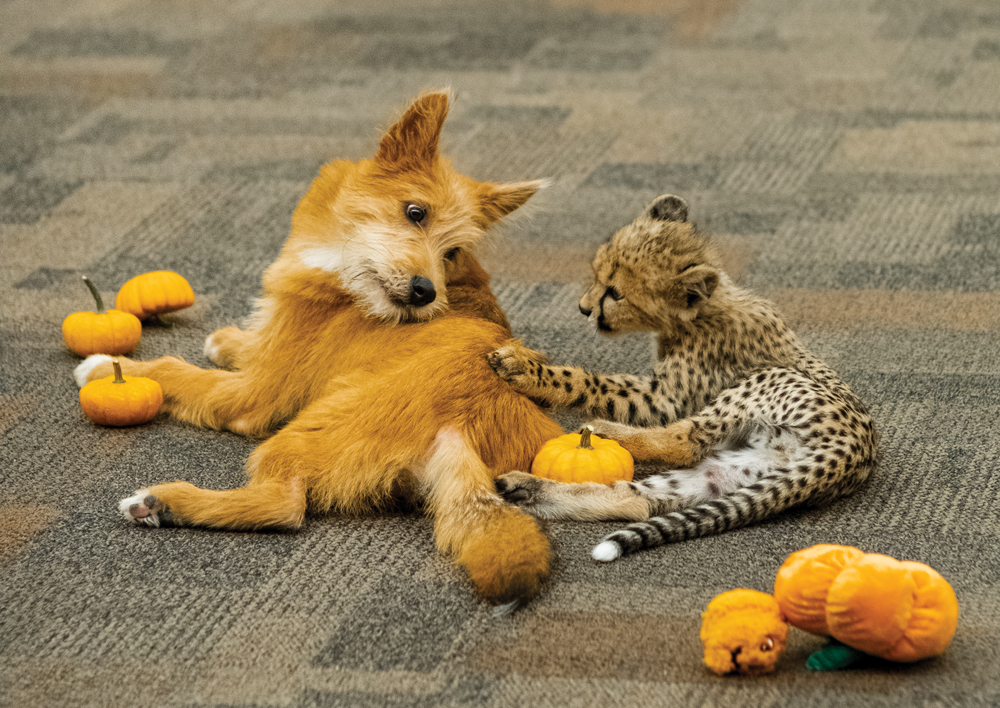 Zoo Companionship: Kris & Remus
Think cats and dogs can’t get along? Cheetah cub Kris (born in July) and her companion rescue pup Remus (April) beg to differ. The duo has been inseparable since their pairing in September. As the sole survivor of her litter, Kris learns from and plays with Remus in ways she couldn’t with her human trainers. This spring, she will go on to represent her species as part of the Cincinnati Zoo’s educational ambassador program. As for Remus? The two will decide on their own when they part (typically after two years), and then he’ll move on to his forever home with a zoo staffer.
3400 Vine St., Avondale, (513) 281-4700

Spot for Tea Parties: The BonBonerie
Little guests who love tea parties don’t have to pretend at The BonBonerie. In the tea parlor at this beloved local pastry shop, kids can sip English breakfast, ginger peach, or cherry rose green flavors (even chocolate milk is served in a teapot) and snack on peanut butter and jelly finger sandwiches or buttery tea cookies from a fancy three-tiered stand. Characters like Elsa and Anna, Cinderella, and Belle sing, dance, read a story, and pose for photos. Guests can also book the tea parlor for private parties. 2030 Madison Rd., O’Bryonville, (513) 321-3399

Storytime Librarian: Mr. Eric at the Clifton Branch
At the Clifton branch of the Public Library of Cincinnati and Hamilton County, children’s librarian Eric Davis becomes “Mr. Eric” twice a week, leading some extremely popular storytimes. Using songs and acting out characters in picture books, Mr. Eric introduces his small charges to the wonders of reading, books, and the library. Many parents say their littles go home and reenact what they heard. Now that’s fun that keeps on giving.
3400 Brookline Ave., Clifton, (513) 369-4447

Doggie Pool Party: Coppin’s, Hotel Covington
Coppin’s takes its courtyard brunch to the next level with a once-monthly summer pool party designed specifically for your favorite four-legged friends. Small pools of water line the outdoor patio area, along with vendors offering locally made treats, toys, and other gear to your dog’s delight. Nearby tables offer owners a spot to relax and indulge in omelettes and mimosas. And there’s a doggie brunch menu should your playing pup work up an appetite. Just be sure to make reservations; this event fills up fast.
638 Madison Ave., Covington, (859) 905-6600

Dog Wash: Fuzzybutts Dry Goods
Don’t be mistaken; while Fuzzybutts offers all the doggie store basics (food, shampoo, classes), the main draw here is the self-serve dog wash. Equipped with shampoo, towels, and dryers, all you have to do is bring your furry friend into the walk-in tub and get to scrubbing—no appointment necessary. It’s great for dogs that would rather deal with their family member than a stranger, and—for an additional fee—you can add on services like a nail trim from the staff.
3022 Harrison Ave., Westwood, (513) 906-7115

Mollie the Hound Doggie
Since Mollie the Queen City hound dog was adopted in 2016, she has developed a cult following for her posed pics balancing on objects ranging from fire hydrants to boulders at notable Cincinnati sites and events. @molliethehounddoggie

Harrison Ford the Bulldog
Harrison Ford is Cincinnati’s bulldog version of Grumpy Cat: He’s cute, seemingly always a bit of a curmudgeon, and a real charmer on the social networks, where he has garnered more than 44,000 followers on Instagram alone. @harrisonfordbulldog

Elmer the Basset Hound
If you’re a sucker for a wrinkly face and floppy ears, this four-legged friend will win over your heart with Insta poses in scarves, a life jacket, Ray-Bans, and more. You wouldn’t be alone: Elmer has gained 10,000-plus Instagram followers since his birth in the summer of 2017. @elmer_the_basset

Vince Cincy
Perhaps Cincinnati’s cutest French bulldog, Vince, a self-proclaimed “costume and glasses” model, boasts an Instagram account with 20,000 followers where you can peep the precious pup dressed as everything from a taco to a tiny Christmas elf. @vincecincy

Ellie Doodle Dog
It’s difficult to believe a Cincinnati-based Irish goldendoodle has nearly 45,000 followers on Instagram, but one look at Ellie’s account and you’ll understand why. She models tiaras, a chef’s hat, and a broom-wielding witch Halloween costume in a way only an adorable doggo could. @elliedoodledog