Attention wheat-avoiders: Blue Oven Bakery’s spelt bread is an excellent locally-made option for Cincinnatians with gluten sensitivities. Just be aware of the two catches: it’s made alongside wheat loaves, so it’s not officially gluten-free; and it’s sometimes unavailable, because spelt flour can be hard to find. But when it’s in stock, this spelt bread is a rare treat—sturdy, flavorful, and especially tasty when it’s toasted. blueovenbakery.com

Anyone can dress up a boring stack of flapjacks with piles of whipped cream, powdered sugar, chocolate chips, and macerated fruit. Parkside Café employs no such meddling. In addition to nailing the ideal balance between fluffy centers and toasted edges, they add a subtle splash of vanilla to the housemade batter of their buttermilk pancakes. It makes for a stack so deliciously simple, using anything more than butter and syrup is grounds for dishonorable discharge from the Breakfast Industrial Complex. Walnut Hills, parksidecafe.info

→ Old Favorite in a New Spot 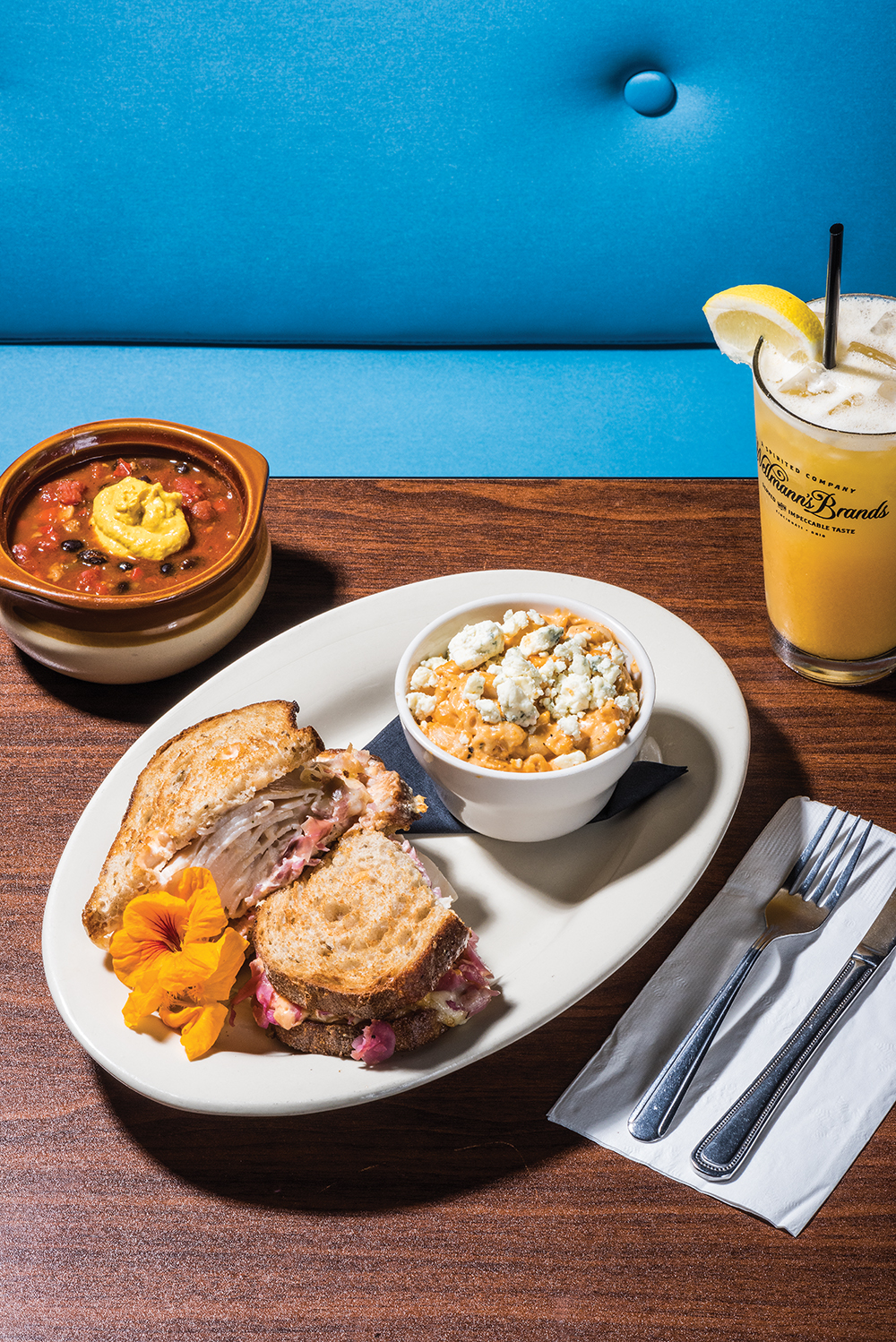 The Bar at Palm Court

One of the few places in the city where you can step inside and truly be transported to a different world. On Friday and Saturday nights when a good jazz band is playing, there’s no better place to sip a drink or get brave and head out for a jitterbug. Downtown, orchidsatpalmcourt.com

→ Eating Well With Kids in Tow

Your kids will eat the fancy hot dogs without a word of complaint. Afterwards, head out to the futuristic playground at Summit Park. Signs indicate that it’s strictly forbidden to slide down the AstroTurf hills on pieces of cardboard. Now who would possibly think of doing that? Blue Ash, (513) 769-0099

In 1907, John Coppin put his last few dollars on a horse named Knowledge and won enough money to build the department store that now houses the Hotel Covington and this restaurant. Served in its own elegant Rookwood stein, the drink is a complex floral, gingery delight. Definitely not a bad bet. Covington, hotelcovington.com/dining/dinner

The chocolates are great and the service warm and welcoming, but what really sets Chamoda’s Candy Café apart is its off-the-wall homemade gummi bear flavors, from Sangria to Banana Split to Fuzzy Navel. Pretty in Pink (grapefruit) and Creamsicle are particularly fantastic. Gummi some of that. Sharonville, (513) 782-0977

Allez
Regular offerings include the “urban sourdough” (a standard loaf), a rye version, a baguette, and a sunflower loaf with dried cherries. It’s really good at breakfast with a schmear of salted butter. And with so much bread around, Allez knows something about sandwiches, too. The chicken salad comes with fennel and arugula, and ham and cheese gets an Italian makeover with soppressata, provolone, and tomato. 1208 Main St., Over-the-Rhine, allezbakery.com

Brown Bear Bakery
Is there anything Blair Fornshell can’t bake? She’s been winning hearts and minds on the local festival circuit since 2012, and now she’s put down roots in OTR. Try the croissants, the Beareo cookies (her version of an Oreo), the Earl Grey cake with citrus glaze, or the salted chocolate chip cookies. Or, you know, just take whatever’s left, since the case empties out fast. 116 E. 13th St., Over-the-Rhine, instagram.com/brownbearbakery

Shadeau Bakery
OK, so Shadeau isn’t new. But it is under new ownership. Stop in on your way home for a classic Parisian-style baguette, multigrain rolls, or a salt-top rye, plus ciabatta, bagels (Fridays only), a menu of sourdoughs, and Wurzelbrot, a twisted Swiss baguette-style variety. And then there are the pastries. They vary by day and season, but be careful: They might just distract you from your bread errand. 1336 Main St., Over-the-Rhine, shadeaubreads.com

A plate of fried, doughy wafers. Freshly chopped peppers and onions. Boiled chickpeas and a mess of mint chutney, yogurt sauce, and chaat masala. Bombay Brazier gets the whole tangy, spicy, addictive dish of Indian street food just right, and somehow makes it elegant to boot—at least for the instant before your table starts tearing it apart. Montgomery, bombaybraziercincy.com

Every Friday, Clifton Market Happy Hour features themed samplings. Food items are paired with drinks—all prepped with ingredients found exclusively in the store. For $5 per person, shoppers get tastes, details on recipes, and the inside scoop on the local brews or wines. It’s a sure-fire way to walk away with a new side for dinner—just don’t forget the items you actually came for. Clifton, cliftonmarket.com

Forgot the Larder closes at 4 p.m. on Sundays? Fear not: Every other Sunday around 6 Bee’s Barbecue pops up on Dutch’s back patio to dish out 15-hour smoked brisket, smoked pulled chicken, and killer sides from owner Brendan Hague (brother of the Larder’s chef Patrick). Get there early: They usually sell out by 7:30.

In Milford, at the intersection of Wolfpen-Pleasant Hill and Ohio Route 131, the Pickles & Bones Barbecue truck—owned by fine-dining veterans Josh and Nicole House—has been smoking pork, turkey, and mind-blowing brisket, plus housemade (truckmade?) sauces, sides, desserts, and, naturally, pickles. They hope to have a brick-and-mortar in the same parking lot by the end of the year.

Across the river, two renowned Cincinnati establishments joined together in culinary matrimony this summer when Eli’s BBQ opened another location inside the Newport Kroger. You’ll never have to shop hungry again.

While it looks like a hole-in-the-wall Chinese restaurant, Amerasia truly takes things to the next level. There’s the extensive craft beer selection, the made-from-scratch preparations (this is not gloppy red sweet-and-sour sauce, people!), and the spice, from the tongue-tingling Dragon’s Breath wontons to the heat scale that uses ghost peppers at level seven. Eat in and get a kung-fu movie on the side, or take your entrée to go. Whichever you choose, you will be back. Covington, facebook.com/KungFoodChu

Judging by the approximately 25-square-foot open kitchen at the back end of the bar, you’d be impressed if Longfellow’s was able to put out a good charcuterie plate. Which they do. But they also serve up a red curry plate, a tomato tartine with pickled fennel and smoked ricotta, a carrot salad that gives Metropole’s a run for its money, and a PB&H: tahini, peanut butter, and spicy honey on sourdough. It’s all delicious—and pairs perfectly with their cocktails and vinyl jams on Sundays. Over-the-Rhine, longfellowbar.com

Javier Almeida came to Cincinnati from Caracas, Venezuela, seeking medical care for his daughter. He stayed, and brought the flavors of his home country to Deer Park. Entrées are available—the plate of beef, black beans, and plantains is classic South American comfort food—but dip overflowing arepas and perfectly cinched empanadas into a vat of the cilantro sauce at a sidewalk table for an authentic street food experience. Deer Park, arrechissimo.com

Four Walnut Hills residents working on affordable housing for a decade decided to develop a business that would offer employment as well as bring people together. Meet their ice cream truck, named for (and primarily posted up at) Green Man Park on McMillan. The cold stuff like the Green Man Cone—smiling soft serve with a chocolate dip hat and green sprinkles for a body—is made from local products. Walnut Hills, facebook.com/greenmantwist

Dessert at most Mediterranean cafés (in Cincinnati, anyway) often begins and ends with baklava. But a little diversity is always good, and Clifton’s Baladi turns it out. Formerly Mediterranean King, Baladi’s bakery case is filled with treats like warabat, shredded filo dough filled with heavy cream, topped with sugar syrup and pistachio; and kunafa, filo dough filled with ricotta cheese and cream, topped with sugar syrup and pistachio (noticing a trend?). And baklava, of course. Clifton, (513) 221-7222

It was great before; it’s practically perfect now. Clearly we’re superfans, but even casual observers won’t believe the transformation. What was once a crusty Newport dive bar is now an airy eatery with two floors of seating and a biergarten. Katharina’s also got an expanded menu and a new full bar with a half-dozen German brews on tap. That bakery case, however, is as gorgeous as ever. Newport, katharinascafe.com

Middle Easterners say Sultan’s Turkish cuisine is as authentic as it gets in Cincinnati. It’s no surprise the place has mastered Turkish coffee, too. Every demitasse-sized cup is strong and black and includes the requisite deposit of thick grounds at the bottom; order it with sugar, and they do it up right by boiling it straight into the brew. Just beware: one cup and you’ll be buzzing for hours. West Chester, sultanscincinnati.com

It’s 8 a.m. on a Saturday morning, and all you really want is to slap a schmear of cream cheese on a fresh bagel. That’s why Lil’s Bagels exists. Lil’s delivers homemade bagels and tubs of cream cheese on Thursdays and Fridays to homes in Northern Kentucky and within the city limits, offering the classic bagel flavors you’d expect and new offerings like Old Bay and za’tar. Order two days in advance, and, if you’re paralyzed by choice, Lil will pick your baker’s dozen. lilsbagels.com

We visited five independent, family-owned doughnut shops to sample their finest homemade fried dough offerings, and are we stuffed! Each is housed in a cozy neighborhood storefront that immediately transports you back to a simpler time when doughnuts were still one of the major food groups.
Here are our favorites at each stop:

Coconut macaroons might be the best possible version of a Girl Scout Samoa cookie, with golden brown coconut flakes molded into chewy domes. Gaslight Gourmet Cookies delivers three different versions, each worth a try, but the best has a base dipped in white chocolate. The thin base layer adds a welcome creamy texture. Pro tip: Stop by at the end of the day and, if you’re lucky, you might score a free cookie or two. Clifton, (513) 873-7777

What does it take to lure nightlife to West Court Street? Chowder, local beer, white-washed tables, and toasted rolls crammed with chunks of lobster and crab. Styled like a New England seafood shack, the friendly vibe of this casual joint may not dispel the gray days of winter, but it makes summer vacation feel just a little bit closer. Downtown, courtstreetlobsterbar.com

The Terminator at Mecklenburg Gardens

You think it would be the size of the sausage that would be your downfall. After all, the 38-inch, six-pound monstrosity is every bit the Schwarzeneggerian creation it claims to be. But you’d be incorrect. It’s the size paired with the sweat-inducing spiciness of the mett that will be your demise. Mecklenburg says that only six brave souls have completed the challenge over the past 10 years of its existence. After deploying four adult men to conquer the beast to no avail, we want to meet those eaters. Corryville, mecklenburgs.com

Normally made with lamb or beef, who would guess that a vegetarian kibbeh made with walnuts and pumpkin could be so utterly satisfying? With hints of cinnamon and allspice, Owner Wassim Mattar’s innovative dish doesn’t attempt to duplicate the original, but creates its own sweet-and-savory reality. Mason, phoeniciantaverna.com

A bowl of spicy, garlicky, saffron-y bouillabaisse, with pieces of grilled bread to mop up every last drop, is hard to beat on a cold day. (Also hot days and those in-between ones.) It’s often impossible to choose at Abigail Street, but the bouillabaisse is an I-could-eat-this-forever standby. Over-the-Rhine, abigailstreet.com

The chefs behind Fresh Table at Findlay Market opened a grocer, a lovely (and practical) stop with its gourmet items, prepared foods, and extensive wine and beer selection. At the in-store counter restaurant you order and pay at the iPads for dine in or carryout. We recommend the Cobb salad. Over-the-Rhine, emcotr.com 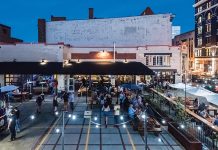 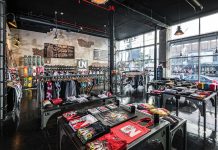 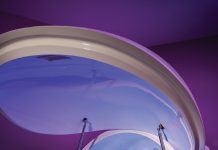