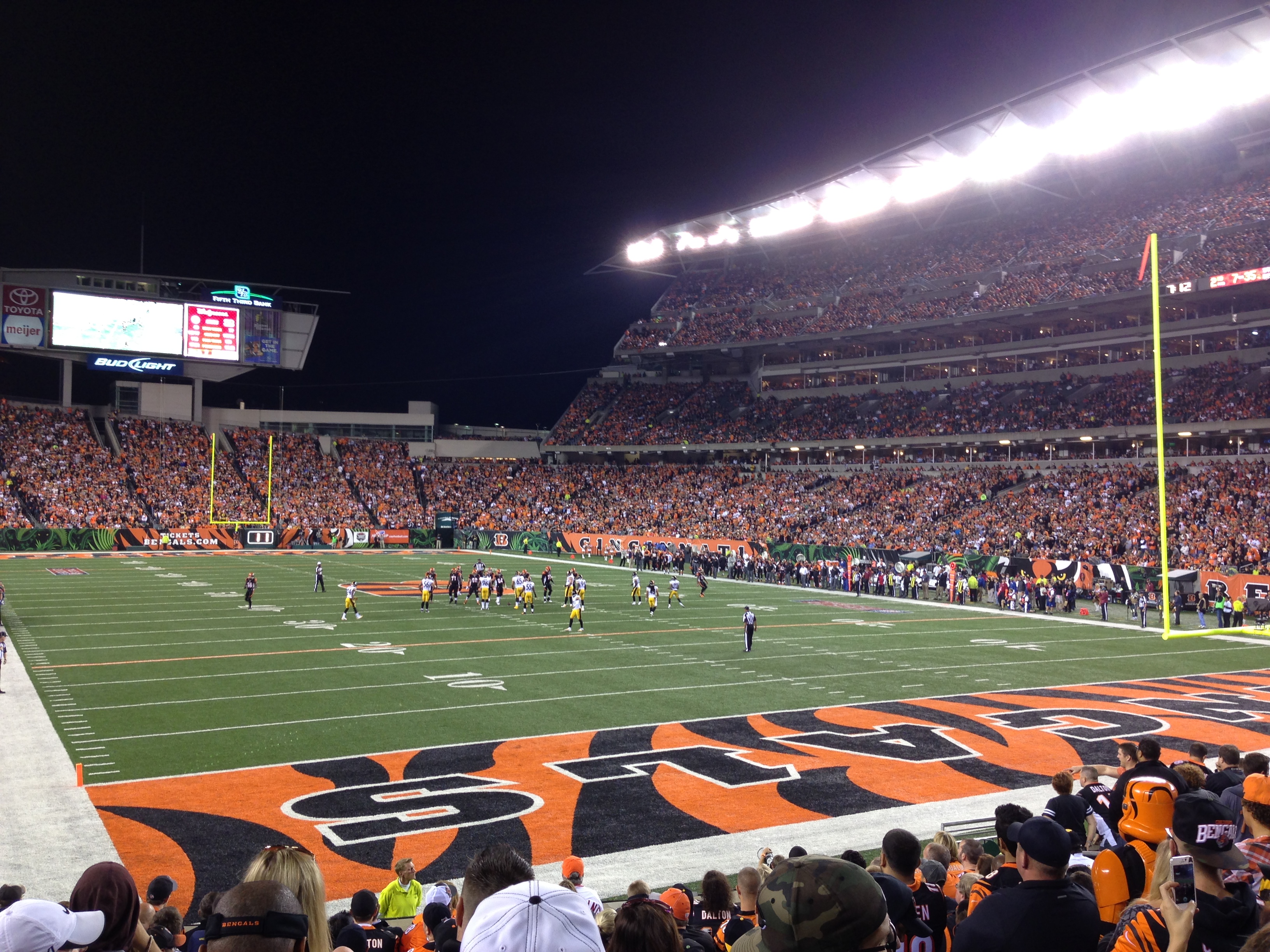 With all the pondering and analysis done on Andy Dalton and the passing game (myself included), the running game has been largely absent from the ubiquitous Bengals discussion this season. That changed a bit this week after the 38-carry, 164-yard performance turned in by the ‘Nard Dawg/Law Firm combo against the Chargers on Sunday, as well as the shifting of the offensive line due to Clint Boling’s injury and Kevin Zeitler’s possible return from injury.

So how about that run game? In today’s “passing league” as the kids like to say (and an area in which the Bengals have been rather mercurial), the rushing performance has been, at best, average. The team is currently 18th overall in terms of rushing yards-per-game (112.6) and 26th in yards-per-attempt (3.8). Even with the addition of rookie Giovani Bernard—who has provided a new dimension and skillset to the running back corps, not to mention a few incredible individual plays—this is right in line with how the team performed in 2012 (109.1 ypg, 4.1 avg) and 2011 (111.1 ypg, 3.9 avg).

Even still, the team has had success this season when the run game has been a factor. In the seven games thus far in which the Bengals have run the ball 30 or more times and racked up at least 100 yards (the two numbers have gone hand-in-hand this season), the team is 5-2. True, they haven’t been terrible otherwise (3-2), and true, a team will ostensibly run more when it has the lead (though even that is being challenged by the current aerial-focused offenses). But the Bengals also reached that 30-for-100 level against the Steelers, Bills, Patriots, and Chargers, all of which were close games. (And in their biggest blowout—49-9 against the Jets—they only ran 25 times for 79 yards.) Obviously, running the ball—even at a mediocre clip—hasn’t been a bad formula for the team in 2013. And it has been at it’s best when the team is running the ball to the right side of the offensive line.

Behind the tandem of tackle Andre Smith and guard Kevin Zeitler (and before him, Bobbie Williams), the Bengals have done their best work going right over the past few seasons, a trend that has continued in 2013. According to Pro Football Focus statistics, the team averages 4.1 ypa going right—as opposed to 3.7 ypa going left—including a 4.6 yard-per-carry average when running between center and right guard (the “2 gap”), the highest of all running lanes. This extends individually to each of the two main backs as well, particularly Gio, who averages 4.8 yards running to the right side, as opposed to 3.9 going left.

The fluid state of the offensive line also factors into this debate. With Boling going down after only five snaps against the Chargers, Andrew Whitworth slid from left tackle to left guard, and was used extensively on “pull” plays to the right side of the line. The end result was an impressive display of run blocking by Big Whit and the entire rushing attack, including a 5.3-yard average going right, often behind the pulling Whitworth. (They averaged only 2.6 ypa going left; replacement left tackle Anthony Collins posted a PFF grade of -1.4 in run blocking, though was +1.7 in pass protection).

With questions still remaining about who will start where on the O-line against the Colts (28th in the NFL against the run), the stats from last week might be evidence enough to suggest Whitworth remain at guard.

If so, we know which direction he’ll be headed.