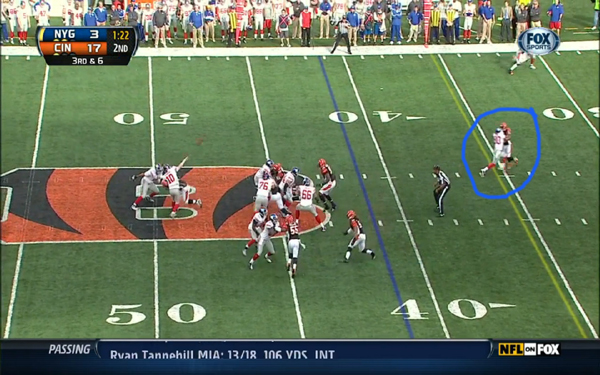 There a few things I know about Giants wide receiver Victor Cruz. One is that he is not easily fooled by mothers posing as fictional mascots. He also has an affinity for salsa dancing unmatched by anyone, save for perhaps Hines Ward. And he does not enjoy playing against Leon Hall.

Hall shut down Cruz on Sunday during the Bengals’ surprising but impressive win over the Giants. It was a welcome sight for fans who saw Hall struggle through injuries and inconsistent play in 2011–his first year without Johnathan Joseph in the secondary to lock down the opposition’s top receiver. (The advanced metrics from the guys at Football Outsiders illustrate this point well. In 2010, with Joseph on the team, Hall had a stop rate of 53% on pass plays, ranking 8th in the league. In 2011, that number dropped to 36%, which ranked 66th in the league.)

But against the Giants, Hall showed why Mike Brown was okay in losing Joseph to free agency. For 60 minutes, Hall reduced Cruz to an afterthought. Eli Manning rarely even looked Cruz’s way—perhaps the greatest compliment a cornerback can receive. Glancing toward Hall was a waste of the precious few milliseconds at Manning’s disposal, considering the constant pressure applied by Geno Atkins and a powerful Bengals defensive front. Cruz finished the game with only four targets, though three came after the game was decided.

So how did Hall shut down one of the league’s most feared receivers? Well, the short answer is that he shoved Cruz around and read plays well, helping him beat Cruz to parts of the play. A more helpful answer, though, lies in the tape.

With the help of NFL Rewind, I re-watched the 53 designed pass plays in which Hall and Cruz were on the field together. (Designed pass plays include sacks, QB scrambles and plays resulting in penalties.) Of those, I found 36 plays where Hall’s primary responsibility was covering Cruz, whether it be with help from a linebacker or safety or isolated in a man-to-man situation. (Bear with me, the numbers will begin to make sense.)

According to my (admittedly unscientific) grading scale, where I award a win or loss to a player on each play based on whether or not he put himself in a better position than his opponent to succeed in that play, Hall dominated Cruz to the tune of a 23-3-2 record. (The last 8 plays came in garbage time, which is why they were discounted.) So 23 times, Cruz tried to shimmy his was way free and was greeted by a glorified Dikembe Mutombo finger wag. He did this through a series of intelligent and physically dominating plays that disrupted Cruz’s rhythm.

On this third down play, Hall is lined up across from Cruz but not in strictly bump-and-run coverage. With only one yard needed for a first down, Hall is preparing for Cruz to run a short route.

Here you see Hall breaking on that quick hitch route. Manning’s first look is to Cruz, a commonality on third downs, and he lingers on the receiver for a few seconds, begging for him to get open. Hall does a great job of recognizing this and jamming Cruz as he turns toward the ball.

It’s a perfect example of beating the player to the spot. Against a quarterback like Manning, who is not particularly mobile and delivers the ball quickly, it is critical to win the first three seconds of the play. Hall beats Cruz to the spot and forces Manning to come off his first read and run through his progressions. (It also helps that the aforementioned Atkins treated New York’s interior line like rag dolls the whole game.)

So why is it so critical?

You see here that Cruz actually gets some separation from Hall after being covered initially. But since Hall correctly anticipated that Cruz would be the first read, he only needed to be concerned with winning the initial route. By the time Cruz breaks free, Manning has to move on to a different receiver. A smart read and strong break by Hall to prevent a first down. (It should be noted that the play actually resulted in a completion to Hakeem Nicks for a first down, but that had nothing to do with Hall’s coverage.)

Fast-forward five plays, and Hall is matched up against Cruz on a crucial third down late in the second half. Here, Hall is playing on the line of scrimmage in order to disrupt Cruz’s route from the beginning. With six yards to go for a first down, Cruz is not likely to run a quick pattern, so Hall focuses his attention on delaying Cruz’s route by engaging him early and pushing him around.

And the manhandling begins. As the play develops, Cruz is barely off the line of scrimmage while Manning begins his reads. Hall is doing a great job of being physical early in the play, delaying any plans Cruz had for the route until further notice.

And the manhandling continues. Hall is taking full advantage (OK, perhaps he’s being a little greedy) of the 5-yard bump zone, maintaining contact with Cruz through all five yards. At this point, Cruz should have already been running across the field, past the opposite hash mark, but Hall rendered him useless. It’s an impressive physical play from the the 5-11, 195-pound corner against the similarly-sized wide receiver, and the type of play that will throw someone like Cruz—who can struggle to jostle for position against physical corners—off his game.

Hall used both techniques, along with a variety of zone drops and press coverages, to stymie Cruz and others throughout the day. Bengals fans have seen these impressive performances sprout sporadically, which are admittedly amplified considering Hall is only a year removed from a season-ending Achilles injury. But the question still lingers: Will Hall be able to maintain the same aggressive, intelligent play we saw against the Giants the remainder of this season? Because if he can, there may be hope for the Bengals yet.

Adam Flango works for CBS Sports in Fort Lauderdale. He’s also a Steelers fan, so you can imagine how difficult this post must have been for him. 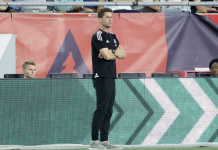 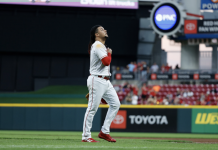 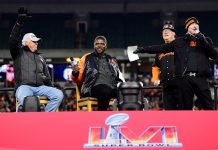