Home Sports The Bengals Secondary is High on Talent, Short on Results This Season 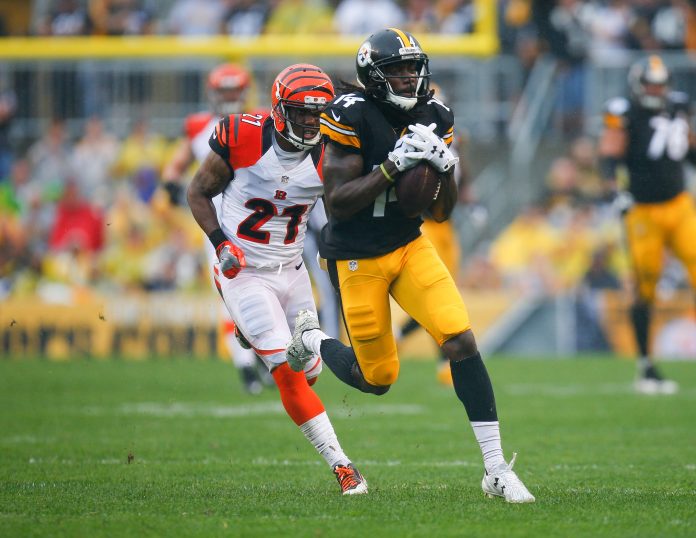 The Cincinnati Bengals are having plenty of problems this season, in all three facets of the game. Offense, defense, and special teams alike have had mishaps that have cost the Bengals a game or two along the way. But one of those units is more perplexing than the others: For all of the effort, draft picks, and general investment, the Cincinnati Bengals defense still has defensive back issues, and there’s no good reason as to why.

Admittedly Bengals fans have been spoiled with some quality secondary play in recent history. With consecutive hits on draft picks Jonathan Joseph and Leon Hall, Cincinnati trotted out one of the finest cornerback tandems in the NFL for years. Later years featured the resurgences of Adam Jones and Terrence Newman, who also performed at Pro Bowl levels for the club, along with Reggie Nelson, who came to the team on a bargain bin trade with Jacksonville. In recent offseasons, however Cincinnati was rapidly becoming one of the oldest defensive backfields in football and knew they needed to reload for the future. First came Dre Kirkpatrick, an Alabama standout who excelled for the Crimson Tide, but entered the NFL never learning how to backpedal. Injuries and a learning curve hampered the 2012 first rounder’s progress; finally, in just the last year or so, Kirkpatrick has truly come along as a proper starting corner. He’s also the least of the team’s current problems. Kirkpatrick has developed into a fairly underrated corner by my standards. He’s got a penchant for biting on double moves too easily, but has matched up well with plenty of premier receivers (such as Antonio Brown) and has shown serious skill at playing the ball.

In my humble opinion, the problems with the Bengals secondary started in 2014, when the team chose another first-round cornerback, this time Michigan State’s Darqueze Dennard. At the time, Cincinnati was praised for the pick. Draft analysts proclaimed that the Bengals got an absolute steal of a player, and Marvin Lewis himself called Dennard the “best rookie corner” he’d ever seen. However, Dennard either hasn’t caught on to the Bengals defense, or the NFL game is too fast for him, as he’s seen limited playing time and struggled on the rare occasions he has seen the field. Dennard has dealt with his fair share of injuries as well, which aren’t fair to him, but at the same time, the best ability in the NFL is availability.

Dennard’s slow and lackluster progress, combined with an aging (and now, it appears, finally regressing) Adam Jones prompted Lewis to draft yet another first-round cornerback in Houston’s William Jackson III. It’s far too early to grade Jackson, who has yet to see a regular season NFL snap, as he too has already dealt with injuries. Now, with the loss of Giovani Bernard on Sunday, it’s more likely that we don’t see Jackson at all in 2016 since Cedric Peerman could provide the team a much-needed boost at running back as the player designated to return from IR. This would be a crushing blow both for Jackson and the defense going forward, as the now healthy Jackson could use the snaps as a benchmark for himself going forward. Jackson has all the tools, it’s true, but whether it’s bad luck or bad drafting, Cincinnati first-round corners have had a rough going lately.

There is reason to be optimistic. I truly see Kirkpatrick, Jackson, and former fourth-round draft pick Josh Shaw as a great group of corners with all the necessary skills to build on for the future. That’s nothing against Adam Jones, but at 33-years-old and having a down year, he’s entering the twilight of his career. With Kirkpatrick and (potentially) Jackson as a nice tandem on the boundaries, and Shaw slowly developing into a solid nickel corner, there’s hope on the horizon. Keep in mind many of these Bengals are in their first year working with defensive backs coach Kevin Coyle, who may be teaching different technique than they were accustomed to with Vance Joseph. Coyle, though, also has a Cincinnati pedigree; he was originally with the Bengals from 2003-2011, and was responsible in large part for the successes of Hall, Joseph, and Nelson as Bengals.

I think injuries have hampered the Bengals secondary progression more than anything, and the heavy investment in cornerbacks (with shaky early returns) has certainly had an impact on the other aspects of the defense. Shawn Williams and George Iloka may occasionally have issues on the back end, but the linebacking group for Cincinnati has suffered the most. With a lack of draft picks thrown their way, Vontaze Burfict has essentially been forced to be a one-man wrecking crew this season. If Cincinnati invests high draft picks in a pass-rusher and athletic linebacker, it’d do wonders to help all aspects of the defense, including the secondary. The balance of the team is currently thrown off, as the high draft picks in the secondary have left the run defense vulnerable, and the lack of run defense prevents the secondary from effectively doing their job. There’s no quick fix for this unit in 2016, but if director of player personnel Duke Tobin can get one solid defense-focused draft in, then I think coordinator Paul Guenther would have a chance to return the defense to 2014-2015 form.

Add some tools and balance to the front seven and the possibilities will open up, giving the secondary a chance to lock down.