Here at Fulcher 2 Stay, we decided to gauge Andy Dalton’s popularity periodically by comparing him to others that share his same name. Some share the birth name, others the surname. All varieties of spelling are welcome and all qualifications are subjective. And, most importantly, this only measures where Andy Dalton ranks in popularity among other Andys and Andrews of the world on this day. This was measured by comparing Andy A to Andy B and asking: If you were walking in the middle of a busy sidewalk and these two Andys approached simultaneously, which one would you say hello to first? This week, let’s take a look at musical artists.

9. Andy Grammer
This summer, my girlfriend told me about a song she thought I might enjoy. “It’s called ‘Honey, I’m Good,’ ” she said, her voice filled with sincerity. Now, my musical tastes fall in line with someone who came of age during the Kennedy and Johnson administrations (and, for that matter, someone who still refers to eras of time by Presidential administrations), but I approached this new song with an open mind. Then noise started happening, I became confused, and immediately sought shelter in a soundproof bunker. The song is essentially the modern version of “Cotton-Eye Joe.” I told my girlfriend as much, and she said the song is now ruined for her. I hope the same happens to you.

Good thing is, we know this won’t keep Andy Grammer down.

8. Andrew Ridgeley
This list of musical Andys is filled with second fiddles, or the proverbial red-headed step child as it were. The name Andrew Ridgeley likely doesn’t ring a bell, but he was the guy in Wham! not named George Michael. He seemed to have some sort of solo career after the duo’s dissolution in the mid ’80s, but it’s tough to recover when your band mate ditches you and records “Careless Whisper” by himself. I searched long and hard, hoping to find a brief silver lining in his career.

But nothing came of it.

I’m going to believe that those jitterbug drops were Ridgeley’s moment rather than face the reality his career seems to have gone the way of a freak gasoline fight accident.

7. Andy Summers
Yet another second banana, Andy Summers existed in the shadow of Sting as the guitarist for The Police. I enjoy The Police just fine, but listening back to some of their hits, it’s pretty clear that they aren’t the most musically gifted group. They just pick a four note guitar riff and roll with that while Sting sorta stalks women. Also, here’s a concert from 1991 that features Andy Summers playing what sounds like the music behind every Nintendo 64 game ever. Can’t tell if this is a positive or not.

6. Andy Gibb
Quick: how many Gibb brothers are there?

The answer: four! Who knew? There’s the Peyton-Eli-Cooper combo of Barry, Robin, and Maurice that made up the Bee Gees, and then there was Andy. The baby of the family, Andy managed to parlay his family’s falsetto into a string of number one solo hits. But in reality, I knew nothing about that and thought he was just part of the Bee Gees until about five minutes ago. Still like “Stayin’ Alive” though.

5. Andy Williams
Imagine if Frank Sinatra was born in Cincinnati, never smoked cigarettes, preferred poached salmon over pounds of meatballs, had nary a modicum of sex appeal, and looked like he was president of the Cheviot Kiwanis club. That’s basically Andy Williams. The west side native could croon with the best of them. His smooth, safe voice was the perfect vehicle for delivering Christmas songs. But he just seemed like too nice of a guy to ever become world famous. You think Frank would ever have been caught making a face like this on TV? 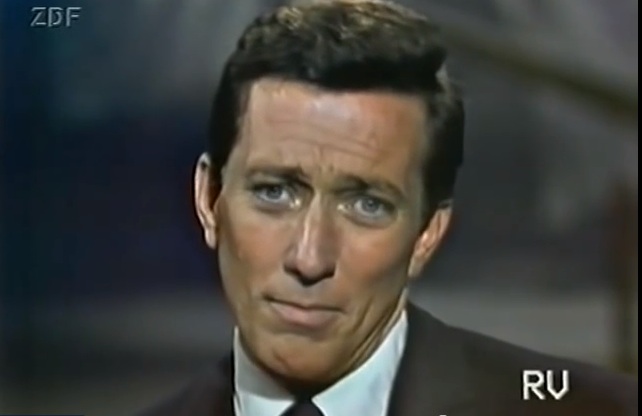 He’s just another second fiddle, born at the wrong time.

4. Andrew Lloyd Webber
The Brit is a giant of musical theater. He’s composed two of the three longest running musicals on Broadway. He’s an Emmy away from joining the illustrious EGOT club. But he’s a divisive figure among theater geeks. Some enjoy his catchy tunes, others turn their noses up at his success. I get it. Really, I do. The sound of my sister rehearsing songs from Joseph and the Amazing Technicolor Dreamcoat for a high school production still haunts my dreams. But I’m a sucker for a good love ballad like “All I Ask of You” (particularly when performed by Kelly Clarkson and Josh Groban). On one hand, my grandma loved “Don’t Cry for Me Argentina.” Then again, I am weirded out by Cats. Fourth seems right for him, though if only because I hope he feels slighted and uses that as fuel to turn An Andy Amongst Andrews into the Broadway extravaganza it was always meant to be. (Don’t worry, ALDub, we’ve already got the cast.)

That’s Sisqo to you. I once tried to dress up as Sisqo for Halloween in grade school. I was committed, ready to rock the silver hair, solar-powered belly button, and shirtless vest. In retrospect, I suppose my mother is a good parent for not allowing it. Probably was a little too young to unleash the dragon.

2. Andy Dalton
Did you take a look at that photo at the top of the page? Turns out, winning all of the football games makes one a happy person. Dalton looks  positively euphoric, and he looked like he was having a blast throughout Thursday night’s game as the Bengals took care of business at home against the hapless Browns. It’s a face that Andy Dalton has only shown in spurts until this season, but it seems like something that matters. You can tell when someone is actually confident in his craft. For instance, did you see Marcus Mariota in that Nike “Snow Day” commercial? Pause it at the 1:47 mark and look at his face. That’s not the face of someone who looks like they belong in that kind of company just yet. Draymond Green? He’s got confidence. Elena Delle Donne? Confidence for days. As difficult as it may be to believe, Andy Dalton is approaching these levels of confidence. The last two weeks are games in which he would have wilted at any point in the past four years. But he’s playing the best football of his career with the best supporting cast he’s ever had and just keeps winning games. There’s still a majority that, rightfully so, need to see Dalton perform in a playoff game to believe. I get it. For now though, he has led the team to an 8-0 record, something the Browns, Steelers, and Ravens have never done. I originally had Mr. Mark Andrews slotted ahead of Dalton, but this Andy’s fire-breathing locks aren’t fazed by a dragon.

1. AnDrew Lachey
FOH if you think eight wins are enough to reach Lachey status. Even if he isn’t going to be able to till the land on Nick’s weed farm, Drew still reigns above all.

Next time on An Andy Amongst Andrews: Actors!

Previous editions of An Andy Amongst Andrews: Sports! Fictional Characters!