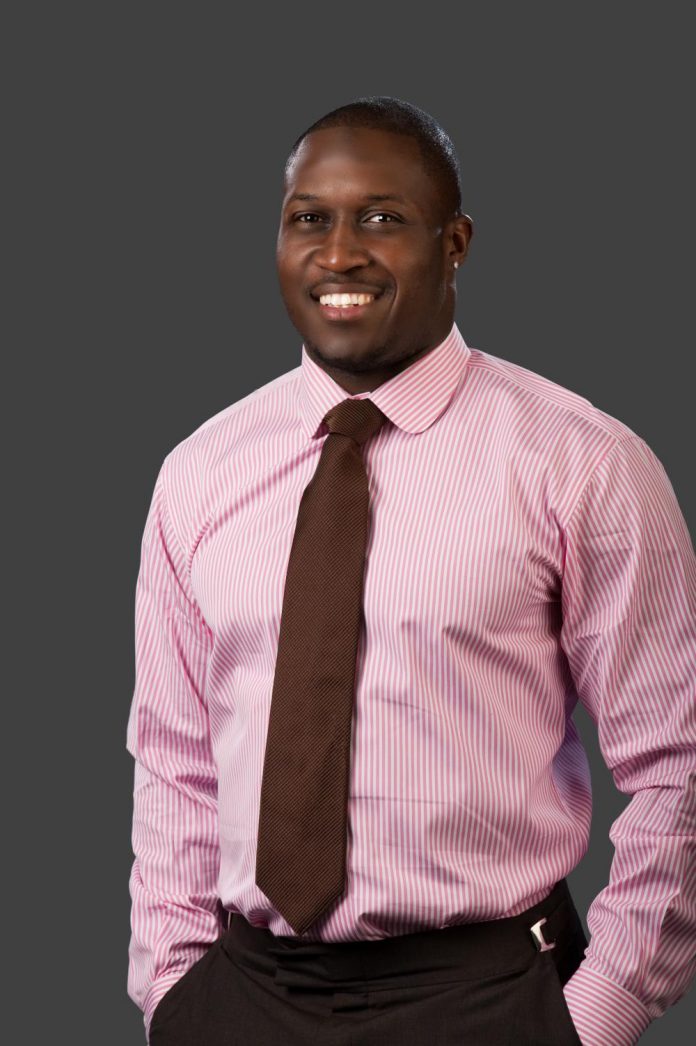 After his game plan was brilliantly—and exactly—followed by the Bengals against the Giants, we talked to Thomas about how to beat the Chiefs, who their best player is, and which Bengals make him laugh the hardest….
1.  What would you be doing if you weren’t in the NFL? If I never had the opportunity to play in the NFL and if the NFL was never a realistic option as far as a career goal, I would have continued down the path of being an engineer. I chose UTEP [for college] because not only were they going to give me an opportunity to follow my dream and play Division I football, but I knew they had an outstanding engineering program. So if I would have never excelled in football, I would have kept playing because I love the game, but my studies would have definitely come first. And I would have continued down the path of a Engineering major, instead of defaulting to Business major and then to a Communications major. So as my football career progressed, my degree program kind of regressed.
2.  What is your biggest luxury? Some may have the means but may not have the time to travel and experience other countries, but I’ve been blessed to have that luxury. Because of it, I’ve been able to visit cities in Europe, South America, and Africa.
3.  What is the key to beating the Chiefs? Getting Turnovers and NOT turning the ball over is ALWAYS a winning recipe. Also we need to control their zone scheme running game. The Chiefs have one of the top running attacks in the NFL led by #25 Jamal Charles, so we need to keep their running attack under a 100 yards and most importantly under 3.5 yards per rush. There will be an opportunity in this game where we will be able to step on their throats and really take control of the game. When that time comes, we will need to do that, just like we did last week. But we are going to have to withstand their initial surge in the 1st half. They are known for having a good home crowd that can energize the team. But when the team gets down, these same fans have been know to boo and leave the stadium, so we need to take the crowd out of the game. Despite their record, they have been playing pretty well on defense, so on offense we need to be ready to make tough NFL runs and contested catches against their LBers and DBs. On defense we need to make Matt Cassel pay when he makes a mistake. He’s having a rough year, so we need to stop the run and make Cassel try and beat us. And then when they try and throw the ball, rattle Cassel and he will make mistakes, and then we can capitalize on those mistakes
4. Which Cheifs player(s) do we need to look out for? Containing Jamal Charles because he can FLY.
Blocking their best pass rusher, Tamba Hali.
5.  Who’s the funniest Bengal? The funniest guy on our team would have to be a tie between Vinnie Rey and Jermaine Gresham. Both are funny in different ways. Vinnie tells the best stories and does the best impressions. And Jermaine is funny because he has no filter. He says what he wants, when he wants for the most part, and he just has great timing with the comments that leave his mouth.
Follow Thomas on twitter: @Mr53