When David Choate began studying at the School of Creative and Performing Arts, he was focused on stage management. After taking a few dance classes to better understand the terminology used while he was managing dance performances, his instructors encouraged him to switch his major to dance. Although he was surprised by this suggestion, Choate leaped into the dance world and instantly fell in love with performing.

As he trained and traveled with Cincinnati Ballet, De La Arts Center, and the Dayton Contemporary Dance Company, he began to notice a lack of dancers who were also people of color. “I realized then that it was a nationwide problem,” Choate says. “America has a really long history with rough race-relations as far as African American and black and brown bodies go with ballet.” The young dancer and choreographer saw a need to bridge the gap between principle ballet dancing and the African American community, and he decided to take initiative.

Choate is the founder of Revolution Dance Theater in College Hill and Price Hill, a dance studio dedicated to building cultural diversity in dance. This year, for the first time ever, dancers who train at Revolution Dance Theater will join highly acclaimed dancers for one night only at the Aronoff Center for Take the Leap, choreographed and produced by Choate. “Take the Leap is the first of what we hope to become a long installment of series. We’re really pushing black, brown, and ballet. That’s the initiative: black, brown, and ballet; to get more black and brown bodies interested, involved, and resources to be successful in ballet.”

The desire to bring diversity to ballet is not limited to the dancers on stage. Choate is hoping to appeal to a wide demographic by combining the traditional technique of ballet with modern and contemporary choreography and African dance. Specifically, Jahmal Chase formerly of Dance Theater of Harlem, and all-male classical ballet company, will perform on pointe, a technique that is traditionally done by women, and dancers as young as nine-years-old will accompany the professionals in some of the numbers. “Getting [people of different backgrounds] in the same room, at the same time, receiving the same content, hopefully is going to spark some kind of conversation,” Choate says.

Take the Leap will highlight three Cincinnati natives who have been successful across the country. Jahmal Chase, Jaysin McCollum, from Broadway’s The Lion King, and Precious Gilbert who has performed twice with artists at Coachella, will join young local dancers on stage. Thirteen-year-old Salome Tregre, the first African American to dance Clara in the Cincinnati Ballet’s performance of The Nutcracker will also be featured during the performance.

The show will highlight Arthur Mitchell, founder of Dance Theater of Harlem, and will portray a story that shows how African American history, American history, and ballet history all intersect. “It’s going to get a little uncomfortable and it’s going to get a little touchy,” Choate says. “We want to talk about that, we don’t want to run from it. So, hopefully the audience will leave with questions.” Following the performance, audience members are invited to stay for a free post-show discussion with the dancers, curated by Choate, where all of their questions can be answered.Tickets are now on sale for Take the Leap on Friday, August 10 at the Jarson-Kaplan Theater at the Aronoff Center, cincinnatiarts.org. 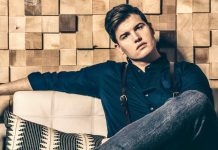 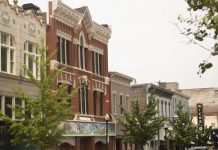