In 2012, at the beginning of her acting career in Cincinnati, Allyson West yearned for more opportunities. Now, after a stint in Manhattan and a tour of the national festival circuit with her short film Texican, she’s ready to make the Queen City an independent film destination with Cindependent Film Festival, coming to Over-the-Rhine this month. 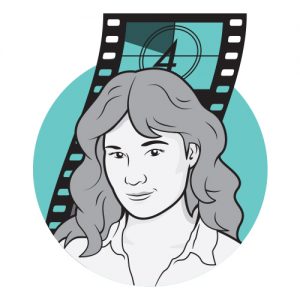 You debuted Texican in 2016. What happened next? I started submitting it to film festivals and traveled all over the U.S. [in 2017] meeting people and connecting communities of passionate people who wanted to see film. I kept coming back to Cincinnati, and every time I did I would just be like, “Why don’t we have this here?”

Did you ever think you would go from actor to filmmaker to CEO and founder of your own film festival? Not at all. Sometimes you’ll get this idea and try really hard not to do it—this is one that just wouldn’t leave me alone. I love Cincinnati, and I was really committed to making a life here.

What does it mean to claim your “Cindependence?” Being Cindependent means claiming what it means to live and work here and to be proud of that, and not let anyone talk you out of it. It’s about being entrepreneurial and creating your own ideas here in the Queen City. Whether they’re films, festivals, businesses, or important things in daily life, “cindependence” is about making your life here exactly what you want it to be.

What do you hope will be the long-term impact of this festival? We become a regional, Oscar-qualifying festival that provides a link between professional and amateur filmmakers. I want to help build the career ladder for filmmakers in Cincinnati so they don’t have to leave the city to get the experience they want.

Do you think there’s a gap between opportunities in Cincinnati for big-budget Hollywood films and those available to local filmmakers and actors? I do. I don’t think this festival is the sole solution to the overall problem, but we’re part of it. If we can connect our filmmakers regionally and locally, my hope is that they will start collaborating to produce professional level work here.