Painting by Frank Tenney Johnson, courtesy of the Taft Museum

For more than 30 years, 52 paintings and eight sculptures depicting a century of American history lay dormant. The pieces were finally unveiled to the public in 2012 and are now on display as part of the Taft Museum’s newest exhibition, Wild West to Gilded Age: American Treasures from the Santa Barbara Museum of Art.

The five-room exhibit is organized thematically and chronologically, spanning from the early 1800s to the 20th century. “We wanted to use thematic groupings to help talk about what was going on in society at the time, to relate the art with social trends,” says Lynne Ambrosini, Taft’s chief curator, who also aimed to capture the mood of each era. Artists such as Albert Biertsadt convey the pre–Civil War idealism of the Western frontier before giving way to the more somber Reconstruction-era art of early impressionists, such as Ernest Lawson’s take on Colorado’s Royal Gorge.

Complementing that exhibit is An Eye for the West, featuring 11 works from eight local collections, including pieces from Frederic Remington and Henry Farny that illustrate the very mythology of the Wild West they helped establish. It makes sense, says Ambrosini. “Cincinnati was once the Queen City of the West.”

Both exhibits are open all month, with guided tours of Wild West to Gilded Age on Saturdays. 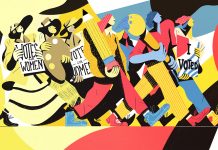