Home Culture Books What Do George Remus, Pete Rose, and Maria Longworth Storer Have in...

Three recent releases explore the lives of innovative, accomplished, and infamous Cincinnatians from our rich past.

The Ghosts of Eden Park, by Karen Abbott

Some people claim the ghost of a woman in black haunts the Eden Park gazebo. But who is she? Karen Abbott knows. She pored over every book, article, and court transcript (one running 5,500 pages) she could find to tell the ultimately tragic story of bootlegger supreme George Remus and his woebegone wife Imogene. Along the way, Abbott introduces you to pioneering lawyer Mabel Walker Willebrandt, who pursued Remus, and FBI agent Franklin Dodge, who almost ran away with Imogene. It’s a richly detailed—and haunting, if you believe Imogene still hangs out at the gazebo—story for the ages. Karen Abbott discusses and signs her book at 7 p.m. August 6 at Joseph-Beth Booksellers, Norwood.

Maria Longworth Storer: From Music and Art to Popes and Presidents, by Constance J. Moore and Nancy M. Broermann

There’s no question Maria Longworth Storer did a lot for Cincinnati’s art community. At 21, she came up with the idea for and raised funds to support a little event called the May Festival. At 29, she created Rookwood Pottery. Now historian Moore and archivist Broermann reveal newly discovered letters detailing her involvement with international diplomacy between the Vatican and President Theodore Roosevelt. Published 170 years after her birth, this book reveals another side of a true Renaissance woman.

Play Hungry: The Making of a Baseball Player, by Pete Rose

There’s no denying Pete Rose remains a complicated figure. He contributed a lot of literal legwork to the Big Red Machine, but he was also banned from the sport for betting on the game while he was in it. Here, Rose provides fans a glimpse of his life in and around the game. Why did he always run on ball four? You could thank the St. Louis Cardinals’ Enos Slaughter—young Pete watched him hustle in the 1950s. But it was his father who made it stick. “The faster you get there,” Pete remembers him saying, “The faster you’re going to touch that home plate.” 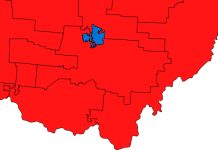 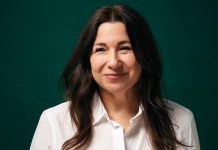