When he’s not appraising collectibles on PBS’s Antiques Roadshow or sleuthing on History Detectives, Wes Cowan drops the hammer on furniture, folk art, flintlocks, and more at his Carthage firm, Cowan’s Auctions.

My mother was a collector, so I grew up surrounded by stuff. As a kid I collected fossils. Then when I was 9 or 10, a neighbor gave me an arrowhead, and that set my imagination flying.

When I was working on my doctoral dissertation, you could buy vintage photographs for 50 cents. When somebody offered me $50 for a picture I’d paid 50 cents for, I thought that was pretty good.

There’s an old adage in the collecting community: Every collector becomes a dealer.

Things that were made to supply the middle class market in the last quarter of the 19th century—that part of the antiques market has been saturated because of eBay. The price of that stuff is low enough that people can say, “Hey, I like that piece of hand-painted Bavarian china. And it’s only five bucks!”

Anytime we see someone in the auction gallery who’s in their 30s or 40s, we get pretty excited. We need to cultivate more of those people, and it’s a tough job.

It puzzles me why someone would go to Ikea or Pottery Barn and buy a piece of furniture built in the style of the 1870s, when that person could buy the original for less—and it would last longer.

Antiques Roadshow is popular because of the “a-ha” moment. Everybody wants to see somebody strike it rich. History Detectives taps into Americans’ unique interest in the history of our country.

Most families have something in their house that was passed down by one of their ancestors. A box of letters from WWII, or grandmother’s wedding silver, or great-grandfather’s Civil War musket. Everybody’s a curator of something. 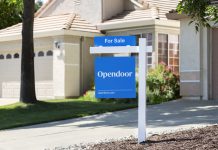 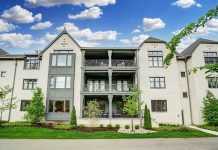