0-6 MONTHS: LIQUID DIET
Put down the puree! For years, doctors advised introducing solids, like purees and grain cereals, around 4 months. Recent research, however, has shown that a 4-month-old’s digestive system isn’t ready for solids and that starting them prematurely can cause gas and other health issues, like an increased risk of obesity later in life. “Parents’ biggest motivation to start solids early can be to get baby to sleep better, but studies show that’s a myth,” says Pegah Jalali, M.S., R.D., a pediatric dietician in New York City. Fun fact: Baby is still introduced to different flavors via mom’s breastmilk, which takes on the taste of whatever she’s eating.

6–9 MONTHS: HUNGRY FOR MORE
Babies will still get most of their calories from breast milk or formula at this stage, but around 6 months, watch for cues that they’re ready for something more substantial—like sitting unassisted in their highchair—and o er solids once a day to build familiarity. “Think of it less as a meal and more as practice,” Jalali says. (In other words, don’t worry: Babies get more food on the floor than in their mouths at this stage.) As for the menu, pureed fruits and veggies, soft produce like mashed avocado, rice or oat cereal, and even some meats are fair game. “As long as the food is cooked until very soft and broken up into small pieces, baby can eat whatever the family is eating.” Don’t shy away from herbs and spices, but skip the salt; baby’s kidneys are too immature to handle it. Even introducing common allergens like eggs, wheat, and soy is fine, Jalali says, with one caveat: If anyone in your immediate family has food allergies, have a plan in place in case there is a reaction.

9–12 MONTHS: IT’S ALL ON THE TABLE
Now’s the time to dish out solids at every meal. Serve baby what you’re eating: If it’s taco night, for example, o er ground meat, shredded cheese, and bits of soft tortilla. Not much is o limits during the first year, except cow’s milk—it can irritate the stomach, though cheese and yogurt are OK—fruit juice, which is too sugary, and honey, due to the risk of botulism.

Don’t sweat it if baby doesn’t seem to like something. This time is about learning flavors and textures; it’s not a lifetime referendum on food preferences. Plus, kids can sense your anxiety, so a relaxed feeding environment is key. “Vocabulary is important, so eliminate ‘you don’t like X,’ ” Jalali says. “Foods are in three categories: they love it, they like it, or they’re learning to like it.”

What is Baby-Led Weaning?
Fingers are the new utensils with baby-led weaning (BLW), an increasingly popular method where babies are offered foods to pick up, chew, and swallow on their own— no spoon-wielding adult required. 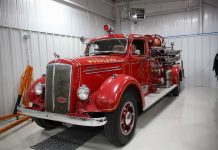 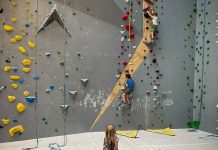