Just what is the secret ingredient behind Chef Daniel Wright’s lo-fi foodie empire? Senate: Street & Savory (City Stories, LLC, 2014)** gives an inside look at the making of the wildly successful Over-the-Rhine restaurant, which Wright co-owns with his wife, Lana. 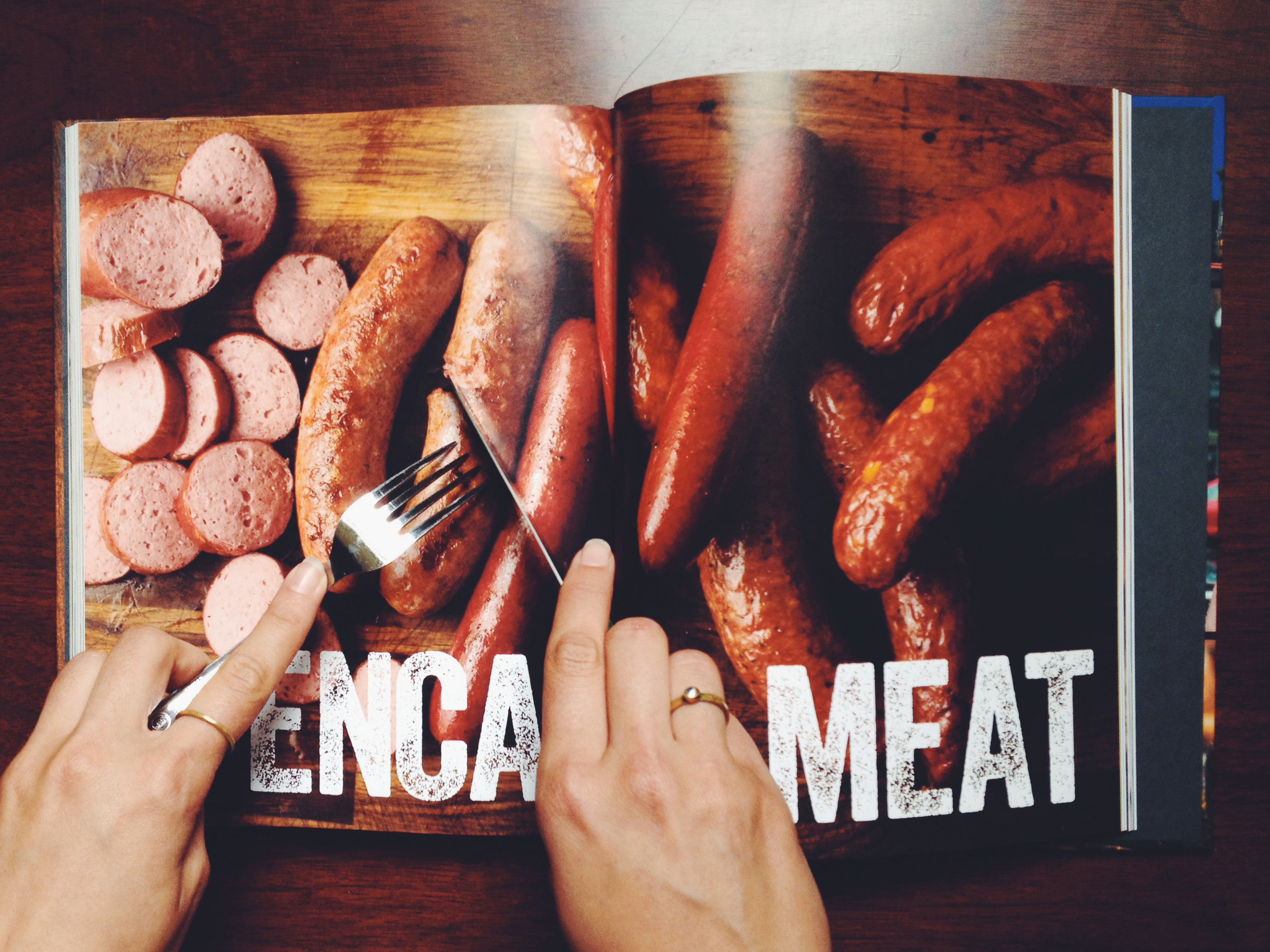 The book is part family history, part love story, and part personal manifesto. And of course, it’s a cookbook. The recipes feature lush photographs of beloved Senate dishes along with Dan’s chatty notes about how they found their way onto the menu. “My Wife’s Salad” is Lana’s nod to the vegetable world and the “Jessie Spano” is Dan’s tribute to his young Saved By The Bell crush and her subsequent Showgirls shenanigans.

Despite the fact that we’ve been dying to recreate the Nacho Man Randy Savage dog at home, our favorite part of the book is actually the Pantry section, which lists recipes for the condiments and add-ons—from poutine gravy to marrow butter—that make Senate’s menu so memorable.