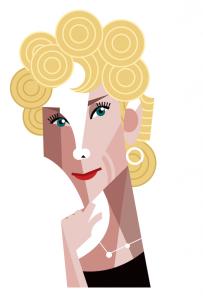 Nutcracker than Cincinnati Ballet Artistic Director and CEO Victoria Morgan. She began her life-long association with the work at age 8 with Ballet West in Salt Lake City. “Since then I’ve danced every part a female can have,” Morgan says. As choreographer of the Cincinnati Ballet’s new production, Morgan finally has the chance to put her own stamp on Tchaikovsky’s beloved work.

What’s different about this production? There is the typical formality that occurs in the party scene of Nutcracker—dancers look elegant with disciplined movements. We wanted to have a touch of that, but the scene also has lots of kids who are very excited about Christmas, so I thought it would be nice to bring in some humor and surprise. They get to be a little naughty. And things happen during the scene that happen at parties.

Such as? Well, somebody’s mad, because she didn’t get the doll that another girl got. I wanted Drosselmeyer to have magical powers, so crazy things happen with him. I want people to feel, Oh, I loved that moment.

How long have you been planning this new production? I’d say four or five years—although Frisch’s, which has given us great support, began making a contribution toward a new production in 2001. They’ve put in around $600,000 toward the $2 million cost. That includes the funds to keep it going for at least 12 years.

Like a built-in endowment? Yes. There’s the obvious need to refurbish costumes during that time and the cost of additional storage for the sets, costumes, and props. The Nutcracker is very important. It represents around 50 percent of our annual ticket sales.

How did you assemble your artistic team? We haven’t built a new traditional full-length ballet for many, many years, so I was starting from scratch—aside from our own great lighting guy, Trad Burns. [Cincinnati Playhouse in the Park’s] Ed Stern recommended some set designers. Immediately, John Ezell stood out.

Give us an idea of the world Ezell has created. The sets are much less literal than traditional sets. There is a pervasive sense of magic and surprise throughout the ballet. There are portals that take us from one scene to the next. Typically, the ballet opens in the parlor as guests begin to arrive, but this production starts in the kitchen where last-minute preparations are under way. The chef and cooks are rushing around getting the food ready, and the butler is wrapping presents.

What about the costumes? We changed directions there. At first they seemed quite proper and weren’t connecting with the sets. We got [Tony Award nominee] Carrie F. Robbins to design costumes that have the same fantastical feel as the sets.

I understand Playhouse in the Park helped with that, too. They built our female parlor costumes, which are gorgeous. Their seamstresses needed some extra work. We got a good deal, and Playhouse got to hang on to its team.

What about your part in all of this as choreographer? What did you want to change? I used to think that choreography was about interesting steps, but it’s about interesting ideas, so I wanted to work in some surprises. For example, Clara has a little poodle, so the Dance of the Mirlitons became the Dance of the Mirlipoos. Making them poodle-like immediately inspired different movements. There are movements connected to whimsical ideas like that throughout.

So, hardcore patrons are in for a few surprises? Definitely. Everything is new from the ground up—except the music, of course. We didn’t touch that.