In the summer sun, light reflects from the glossy, red exterior of a little station wagon, complete with classic woodgrain on the side. Onlookers would never guess that a vehicle that looks this pristine is also an artifact of great historical significance, passed down by generations. Powel Crosley, Jr.’s 1950s station wagon—which you can admire in person at this Sunday’s Concours d’Elegance—is not only a testament to a Cincinnati business titan; it’s also a figure of many memories for its current owner, Randall Hall.

The car, built in Marion, Indiana, was purchased by Hall’s parents in 1956. Hall recounts his earliest memories of driving around in the car with his cousins and siblings: “I was 8, and my sisters and I drove it around on the farm everywhere. There’s tons of memories of the fun we had in it until, finally, the motor mounts gave out on it and it had to be parked,” Hall says.

The station wagon rested in a shed for 43 years, eventually becoming infested with rodents and rust. “It was a car that Dad always wanted to fix up, always talked about. He passed away—at that point, Mom just asked if I wanted it.”

The restoration process started in 2012 and continued for four years. This was no simple project to take on—Hall had to take the motor apart, as the car wouldn’t run. Additionally, the wheels wouldn’t turn, and the brakes were locked. “It was basically a shell eaten up by moisture,” Hall says.

Major repairs and restorations included a new complete left rear quarter panel, new floorboards, and a battery box installed; sandblasting also helped the car to start out fresh. “We stripped the entire car, there was nothing left in it, and at that point started working with a local who restored cars as a hobby. We worked together for almost 2 years and got it put back together,” Hall says.

The car now stands strong and stunning as ever, boasting unique characteristics which have turned heads at multiple car shows over the years. The station wagon has 26.5 horsepower, a three-speed transmission, and weighs 1,402 pounds.

“This car is a supermodel; it featured the bird hood ornament, fender ornament, side-trim upholstery… It’s pretty unique because not all of them could come out with hydraulic brakes, and what’s really rare is it’s got what they call a baker’s door on the back,” Hall says of the car’s one-of-a-kind features. “Most station wagons all folded down like the old pickups with the tailgate. This has got a swing gate on the rear. When you go to the national shows, you don’t really see any of them.”

Hall began showing the car at the Crosley Auto Club National in 2016. “It placed first in the class. I called my wife and said ‘you’d never believe’… She was shocked, because we had no idea it would do anything at all.” Following the National, it placed second overall in the Carmel Artomobilia. The car was shown at the EyesOn Design in Michigan, the Concord Invitational, and eventually returned to the National in 2021, where it won first in its class. Last year, it won the people’s choice award at the Geneva Concours.

The car’s appeal, however, goes well beyond its physical properties. Its original owner was Powel Crosley, Jr., who with brother Lewis, started the powerhouse manufacturer of cars, appliances, electronics, and more. “It’s been interesting just reading about him,” Hall says. “He was into a lot of things. He never really had a car dealership—he always sold things in the front of stores.” Crosley also established the broadcasting corporation WLW, owned the Cincinnati Reds, and his Crosley Motors companies built iconic automobiles like Hall’s station wagon.

Hall said he constantly meets new people at shows who tell numerous stories of the Crosley family’s significance and unique properties. “To listen to the stories was unbelievable. The old-timers would come up and start telling you stories about how they’d picked a little car up and moved it here and there, and there were several stories you just kept hearing,” he said. “Several stories talked about racing them at one point, or they’d cut ‘em off and make golf carts out of them.”

Today, Hall continues to show the car, often accompanied by his wife and mother. Hall looks back on the restoration and memories of the vehicle with great fondness. “With the meaning that it had and memories, I wanted to try, and it turned out unbelievable. A lot better than what we thought it would, that was for sure.”

The Crosley Station Wagon returns to Cincinnati with a fleet of other classics for the Concours d’Elegance this Sunday, June 12, from 10 a.m. to 4 p.m. at Ault Park. The car will be shown in the Collector American Class 1946-1968. 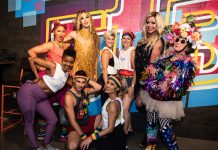 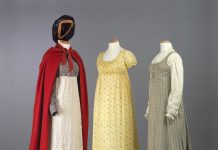 Swoon Over Costumes from Jane Austen Films at the Taft Museum