Peg Wyant shattered glass ceilings for women in the workplace long before it was common practice. In the 1960s, gender-equitable hiring practices were so far from reality as to barely register a whisper. But Wyant, author of a new memoir, One Red Shoe, about her experiences working for Procter & Gamble and as an entrepreneur and mother, simply wouldn’t take no for an answer.

“I walked into P&G,” she recalls, “and this nice lady said, Fill out this application, and then I’ll give you the typing test. And I said, I don’t type. All I can do is think. Don’t you have a test for that?” In 1968, she was hired as the first female associate brand manager in company history.

Even before becoming a corporate trailblazer, Wyant marched to the beat of her own drum. The daughter of a federal judge and a former model, the Cincinnati area native worked a Congressional internship, graduated from Smith College in 1964, and was accepted to Georgetown Law School—which she deferred in order to launch American Education International, a cultural and language exchange program. It was a financial failure after just two years, and Wyant moved back in with her parents. She applied to P&G at her father’s suggestion.

“If I hadn’t failed in that company, if I hadn’t gone bankrupt, John Pepper probably wouldn’t have thought I was that special,” says Wyant. “That’s what made me stand out to Procter & Gamble people, that I actually had the nerve to start a company, charter a jet, and take 250 kids to Europe.” Pepper, then a P&G brand manager and the company’s CEO from 1995 to 2002, was instrumental in hiring Wyant. In the foreword to One Red Shoe, he recalls his first impression of her: “I hadn’t met anyone in recruiting at P&G who was smarter, and no one with more energy. So she went onto a day of interviews. She was hired.”

Through a contemporary lens and amid the national conversation of work-life balance, it may seem that Wyant’s accomplishments are par for the course. But she forged a truly unprecedented path on the heels of the passage of the Civil Rights Act of 1964, which outlawed discrimination based on race, color, religion, or sex. Wyant became the first woman at P&G to work past five months of pregnancy, a previous cut-off for female em­ployees. In fact, she delivered a speech at the company’s year-end board meeting in 1973 while nine months pregnant with her first child. “I asked them, Could I please not be replaced? because I wanted to come back, and you weren’t expected to come back,” she says. “P&G actually agreed not to replace me and to let me come back to that coveted job, a really big move on their part and mine. That was progress.”

After 16 years, the mother of four left the company to dedicate more time to her family. “I realized that I couldn’t do it all,” she says. “I could do it all, but not all at once and not with four kids. And so I left. You could look at that as a failure, and for a while I did, thinking, I didn’t achieve what I wanted to achieve. But I don’t look at it as a failure now.”

Wyant would go on to start Grandin Properties, the venture capital group Isabella Capital, and the Women’s Capital Club. With husband Jack, she launched the Cincinnati Squash Academy in 2014, focused on helping underserved youth in the region. 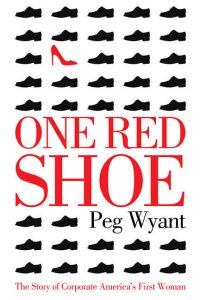 “She really is a very good trend-spotter,” says Valerie Newell, principal and senior wealth advisor of Mariner Wealth Advisors and a member of the Women’s Capital Club, a group of women investors. “She was investing in Over-the-Rhine very early on. She can see these trends, which has been really super interesting at the Women’s Capital Club. We’ve had Apple stock for maybe 20 years, and it’s because she said, Hey, I think this is going to be a great stock. She’s an entrepreneur with a not-your-standard résumé, and she’s a woman, and she’s been a role model for so many people.”

With Grandin Properties, Wyant purchased and transformed the Strietmann Center in Over-the-Rhine in recent years. The former Strietmann Biscuit Company home is now the largest LEED-certified office building in OTR. It turns out that the original biscuit company was, in its 19th century beginnings, financed by a woman.

“I thought maybe telling my story would be instrumental,” says Wyant of her memoir. “We’ve come a long way, but we aren’t there yet by any stretch of the imagination. Maybe there are some kernels here that will be helpful to readers, especially young women.”