The dining room at Okto is divided into two very distinct spaces. On the one side, there is what I would expect from an upscale Greek restaurant: a sun-drenched palette of white and blue with pale hanging light fixtures, elegantly chipped in the manner of ancient statues. On the other side, however, is a huge mural of an octopus, in bright colors and pronounced lines, almost in the manner of a Japanese print. The aesthetic shift felt so unusual to me that I asked Tony Castelli, the marketing director at Earth + Ocean Restaurant Group, about it. And it turns out there is a story behind it.

A little over a year and a half ago, the group opened E+O New Asian in this very spot, to follow up its successful E+O Kitchen concept in Hyde Park. One week later, COVID hit and shut everything down. With no customers, the restaurant group decided to reevaluate what to do with the space. They asked over 2,000 local business owners and stakeholders what sort of cuisine they felt was missing in the city, and some of the most common answers were: Greek food, seafood options, and vegetarian fare. One day, sitting in the shuttered E+O New Asian, someone looked at the bright octopus mural splashed across the back of the restaurant. Things started to click: Okto is eight in Greek, just like the number of tentacles; two of E+O’s owners are Greek; and people want more seafood and vegetarian. So they decided to put it all together.

This lively mash-up—from using the mural from the old restaurant to creating a highly approachable menu—is a telling symbol of E+O’s flexible approach to traditional food. In what other Greek restaurant would the best cocktail be a smoky, chile-laced paloma, normally associated with Mexico? Or would the dish of lamb chops come dressed with gremolata, which I have never seen on anything but Italian food? But E+O has always prided itself on its eclectic take on regional cuisine and they serve up something similarly fun and varied here. 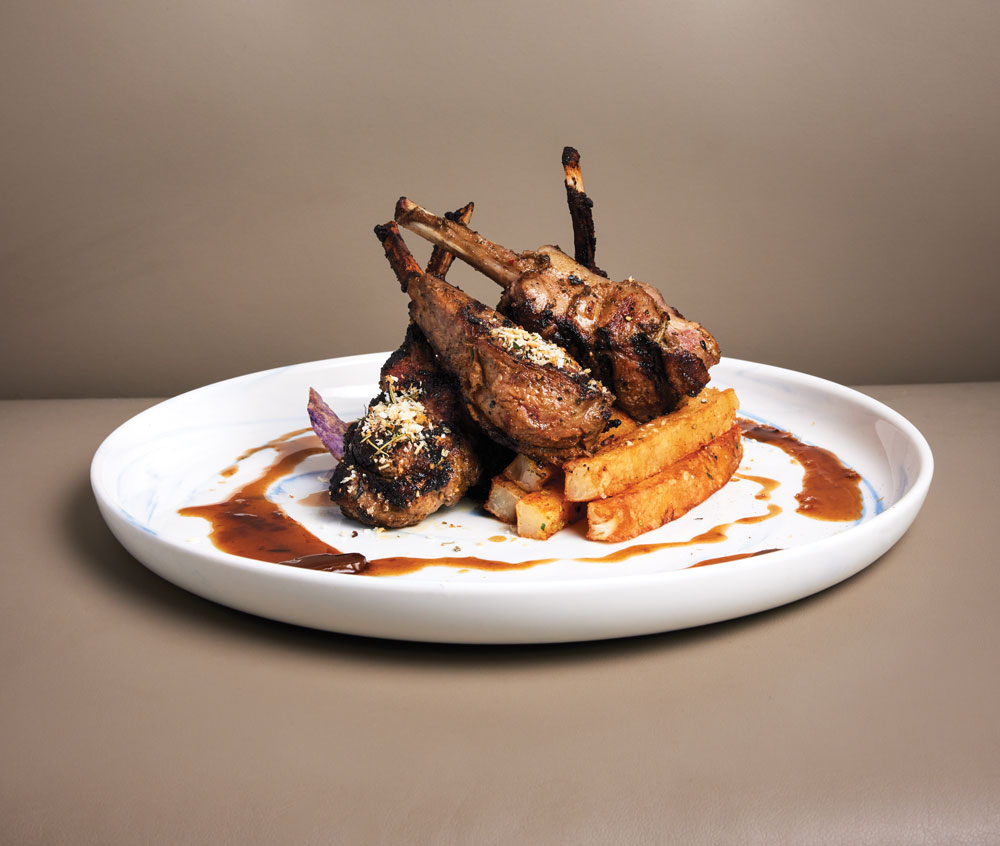 As much as I value authenticity in certain contexts, that pandemic moment clearly called for improvisation. If sticking to tradition means insisting on some ingredient from the other side of the world, by all means let’s do something nontraditional. During our meals at Okto, the list of specials was almost as long as the menu, a deliberate decision on part of Chef Wissam Baki. Supply chains, especially for seafood, are so disrupted that the chef doesn’t want to put something on the menu until he can be sure of consistent quality and availability.

Until then, the dishes go on the list of specials. And these were some of the strongest dishes. The seafood saganaki came in a hot cast iron pan (that is what saganaki means), and had a richly multi-dimensional tomato sauce—tart, delicately spicy—full of mussels, shrimp, and clams, with just a bit of salty feta.

Those looking for classic Greek food, though, will find plenty to satisfy them. For me, this was the can’t-miss part of the menu. The richly salty kefalograviera cheese in the flaming saganaki; the lamb kebabs, served ground, with the classic roasted tomato on the side; or the spanakopita, which had a lovely flaky crust, not too oily, and a perfectly seasoned balance of feta and spinach in the filling. Okto also has the best baklava I have ever had. Often it is honey-soaked, cloyingly sweet, and oily, but here they get everything just right. You can taste the cinnamon-y nuts, and the dollop of vanilla bean gelato and handful of berries (almost certainly nontraditional) are the perfect counterpoint.

Holding many of the savory favorites together is a first-rate tzatziki sauce, which was perfectly garlicky, not too sour, with the right freshness of cucumber and mint. (Okto is planning on bottling this and selling it, and it will totally be worth it.) This sauce is the star of the meze platter and makes dishes like the kebab sing. Unfortunately, in comparison, some of the other dips suffer. The htipiti, a roasted red pepper and feta sauce, is merely good, and the hummus is a bit bland. In both of these dips, the edges have been too smoothed out; the flavors are too middle register to make the necessary impression. I wanted some deep smokiness to come through in the htipiti instead of just sweetness, and the hummus badly needed more acidity. In a few of the weaker dishes at Okto, this touch of intensity is missing. In the lobster pasta, the pasta was nicely tender, and the dish beautifully presented, but the sauce was crying out for heat to wake it up, especially with the sweet lobster.

Mostly, though, these little notes of intensity are there. I loved the citrus in the fava bean puree served beside the grilled octopus, along with the briny zing of fried capers. And the lamb chops were probably the star of our meal, with the kitchen infusing the Swiss chard with a rich smokiness, and serving a subtle mushroom sauce that was the perfect, earthy complement to the lighter notes of the gremolata. I’m not sure if a Greek person would recognize this dish as belonging to their cuisine, but I’m also not quite sure that they would care.

Okto is young and fun. It may still be figuring out exactly what it wants to be, but at this particular moment, who isn’t? And its flexible approach to Greek cuisine means there is already plenty that is good, plus plenty of room to grow. 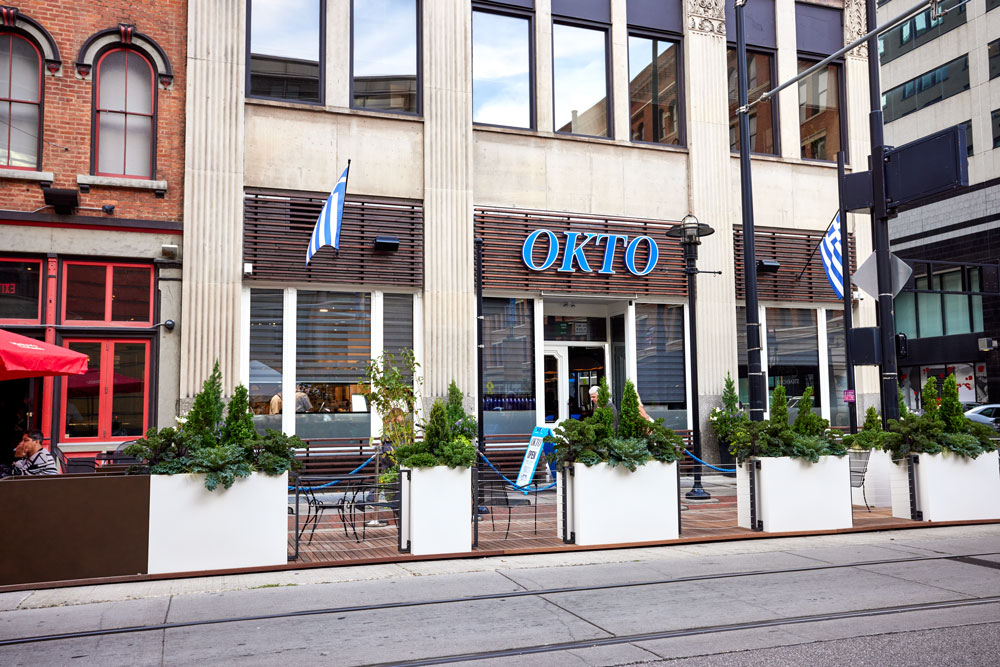