Home Sports Mascot by the Numbers 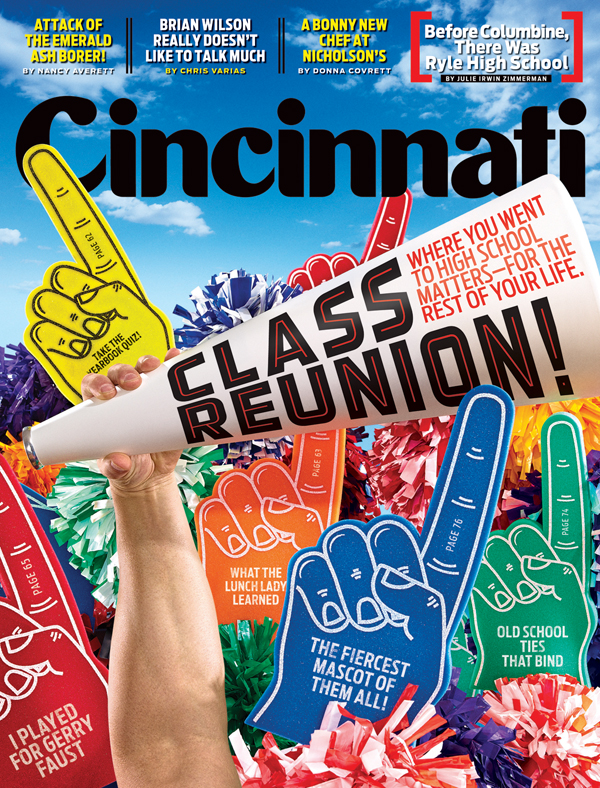 We looked at 136 local high schools, culled from the pages of our annual Schools Guide (which appears in the annual Cincinnati USA City Guide). For seven schools, we were not able to identify or verify a mascot.

The most popular mascot?
Wildcats. Eight schools claim the Wildcat as a mascot. Only three are in Kentucky, where the UK Wildcats reign. And only one—Williamsburg High School, in Ohio—shares its colors with those other Wildcats. (Deer Park is scarlet/gray; Finneytown blue/red; Franklin red/black; Gallatin Co. navy/orange/white; Newport red/black; Pendleton Co. red/black/white; Harrison, green/white)

Four of the six schools that have a lion for a mascot are private religious institutions. (As are all three schools that are Crusaders.)

Both of the schools with Colonels as the mascot are in Kentucky.

41 schools have unique mascots. To make “One Shining Moment” work, we had to cut that down to 32, which means that we left off 9 mascots, including:

But we still think the Fighting Owls would have won.

If you break it down by type of mascot, you’ll find that:
• 70 schools have animal or insect mascots (28 animals and insects—Broncos to Yellow Jackets)
• 51 schools have human (or humaniod; the two devils were counted here) mascots (31 types of people, from Barons to Warriors)
• 8 schools have inanimate objects as mascots (6 objects, including Big Red, Big Blue, and Blue Lightning)