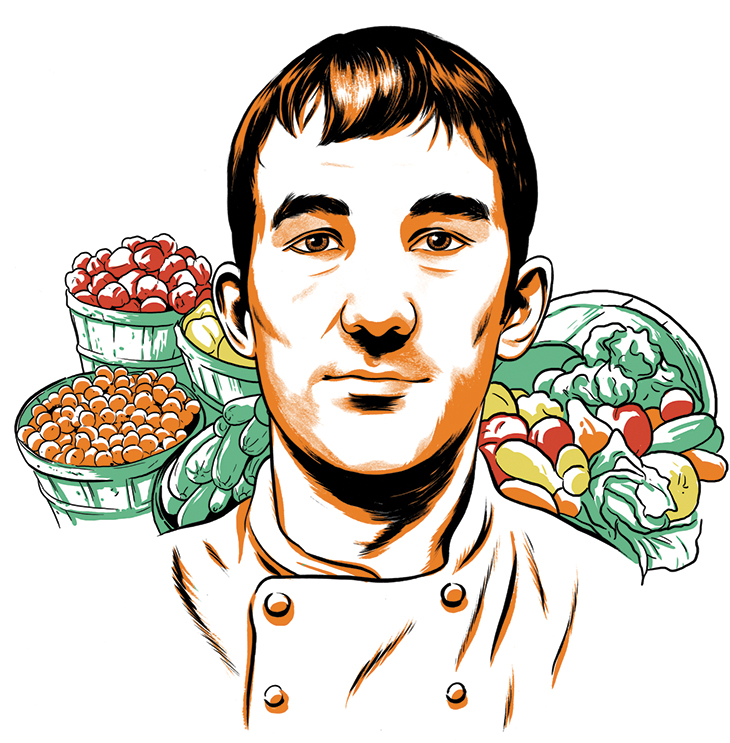 ON OCTOBER 17, THE FORMER Nicholson’s executive chef opened a new incarnation of his much missed restaurant, Nuvo. He has a few more creative ideas in his toque, too.

A prix-fixe menu is a gutsy move, especially since you’re not publishing the menu. How will you gain your diners’ trust? The analogy I always use is that chefs and doctors are exactly the same. Doctors spend their entire lives studying medicine, and chefs spend their whole lives studying food. I want everyone to think of me and my staff as doctors. Just trust us. We’ve studied food our whole lives, and we know it’s going to taste good.

Forty-five dollars for six courses seems pretty cheap. I’ve always had this crazy vision that we can sit and eat great food, and not break the wallet every single time we do it. There are two things that people are emotionally tied to: money and food. We’re asking you to surrender both of them to us, and I don’t feel comfortable asking you to pay me $100 or $200 to try six courses.

Any truth to the rumors that you’re adding another eatery to the second floor? We asked, Why don’t we open a restaurant inside of a restaurant? It’s a completely different look and feel, and we already have a name for it: Nando. It’ll be an all-local-beer taproom and an à la carte version of the Nuvo menu.

You’re busy. Do you ever cook for yourself? Oh, no. If chefs tell you that they’re cooking for themselves, it’s because they’re not working in their kitchens.