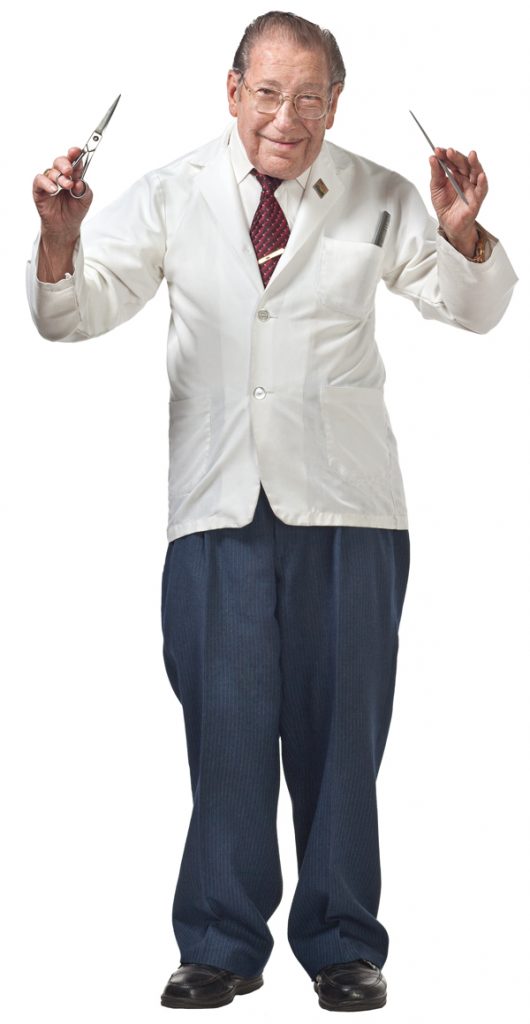 Fausto Ferrari knows a thing or two about barbering: He’s been cutting hair in the same Garfield Place location since 1957, when he moved to Cincinnati from Italy. In his 55 years on the job, the 82-year-old has given trims to many local notables, including former Archbishop Daniel Pilarczyk and more than a few Reds.

I’m a barber from the Old Country. I learned at a shop when I was a young boy. My first day working in the barbershop here was July 6, 1957. All my people were here, my family.

I worked for my father’s boss here until 1967.  Then I took over from him. A lot has changed here. They remodel the park. It’s beautiful. They remodel the library. I was going to remodel the shop when I bought it from my boss, but I changed my mind. Because you can’t find a barbershop like this any more.

I’m a musician, too. I became a musician when I was 12 years old. Professionally, I play clarinet. But I play guitar, mandolin, accordion. It’s the only sport I know. I like music in the barbershop every once in a while.

The barber chairs are made in Cincinnati. Nice, eh? They still have the strop to sharpen the razor. We don’t do shaves no more, though. We stopped because it takes a long time. And it’s $12—same as a haircut—so it’s too much money for customers.

For the longer hair, they go to the hairstylist place. Regular haircut is easy. We have a license for hairstyling, but hairstyling takes too long.

With this kind of business, you never can tell. One day, slow, the next day, they kill me. I get people from City Hall, the courthouse. We get some young people, some old people.

I have some customers since the first day I open the barbershop. They never change. They must like me.

Canned Memories
The shop’s shelves are bursting with colorful hair tonic bottles that Ferrari has been collecting since day one. Sadly, nobody buys the stuff any more.

Family Business
Ferrari’s younger brother, 72-year-old Emilio, has been working in the shop for more than 23 years. The two take turns cutting each other’s hair.

Major League
The Cincinnati Reds honored Ferrari for his shop’s 50th anniversary in 2007 with a placard signed by broadcasters George Grande and Marty Brennaman.