Eating, or rather eating lots and lots, used to be a popular Cincinnati sport.

In recent years, Cincinnati has hosted contests for gobbling hot peppers, cupcakes, biscuits and gravy and hot dogs but none have grabbed the headlines like the champion eaters of yesterday. Back in the 1880s and 1890s, entire neighborhoods showed up to root for their favorite gourmandizers in competitions of the gullet.

Long ago, Sixth Street ran right up into Mount Adams where a neighborhood known as “Nanny Goat Hill” cheered on a very hungry laborer named Pat Maher. One time, Maher followed his friends into Henry Deters’ saloon at Ninth and Plum Streets, where the proprietor had laid out the customary free lunch. According to the Cincinnati Enquirer [15 December 1899]:

“The lunch had just been spread, and consisted of roast beef, cold ham, sliced tomatoes, cold slaw, cheese, pickles, bread and several other side dishes. A wager was made that Maher could not clear the table. Maher looked at it a moment and remarked: ‘Hardly enough for a healthy man.’ He started, and in a very few minutes the plates were bare.”

In 1889, Maher gained renown for devouring 76 eggs, shells and all, at a single sitting. Down at the Sixth Street Market, the butchers, a hungry bunch, talked about Maher’s feat and occasionally claimed they could best him. One such boaster was named Gus Sonnenday. The Enquirer [7 July 1889] noted:

“Gus has quite a record of his own as a grub punisher, for when he had won three eating matches he was fired from his boarding house, the landlord agreeing to pay his board at the St. Nicholas Hotel rather than to take the responsibility of feeding him.”

As Sonnenday told this story to the great amusement of the market crowd, a butcher at a nearby stand would have none of it. John Mentzel was his name, and he told Sonnenday that he had once eaten 10 pounds of ham, five dozen eggs, some fried potatoes, eighteen biscuits, and seven cups of coffee for breakfast one day.

Sonnenday called Mentzel a liar. A bet was arranged, with wagers mounting into the thousands of dollars. Someone fired up a grill. Sonnenday challenged Mentzel to repeat the feast, without the biscuits and potatoes – just 10 pounds of ham and 60 eggs.

“The ham and eggs were set down on a butcher stand, steaming hot and rich with grease. Mentzel was never fazed, for he sailed in to punish the dish. He never even stopped for the bone in the ham, but crunched it between his teeth as the human billy goat eats glass. In just ten minutes, according to the time of Monkey Todd’s horse-timer, the ham and eggs were classed among the missing and Mentzel was declared the winner and the champion eater of Cincinnati.”

Pat Maher was not dissuaded, but regained his title over several years of egg-swallowing challenges. In 1894, the Enquirer ran one of Maher’s dares, offering to take on all contestants in an egg-slurping contest at LaFayette Hall near Findlay Market.

Eggs appear to have been the viand of choice for these “grub punishers.” Like Gus Sonnenday, a peddler named Joe Ruff had a hard time finding a place to live because of his appetite. One landlady threw him out after he ate a dozen of the 20 ears of corn she had cooked for all of her residents. On several occasions, mostly bar bets, Ruff ate 50 raw eggs – shells and all. He regularly ate two or three dozen eggs for dinner. He told the Cincinnati Post [26 September 1913]: 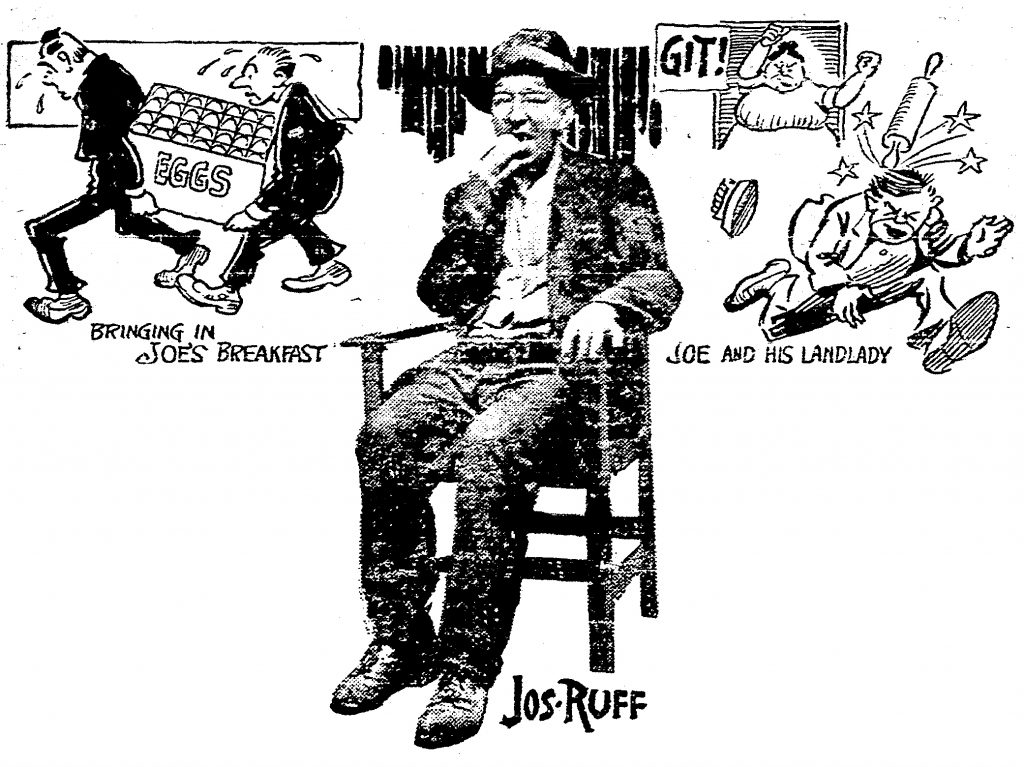 “I’m a peddler. I have to work hard all day. I can’t get board because I eat too much. I can’t cook enough because I can’t spare the time.”

Others specialized in a particular item. Pete Catanzaro, on a bet, ate six cucumbers at one time. The Cincinnati Post [14 July 1899] claimed that Catanzaro had to pause after eating four cukes to drink a quart of beer before he finished the last two.

Cincinnati started training her champion eaters early. In 1894, a candy-eating contest for young boys highlighted the annual Candy Exposition, at which all the confectioners in town gathered to show off their wares. The Post [23 May 1894] reported that Charles Haman bested all the other “lads neatly attired and with napkins pinned under their chins” by gobbling up eight ounces of cream candy in just two minutes and 30 seconds.

Too much, however, was sometimes too much. John Hamilton, a roustabout on the riverboat Keystone State, told a saloon full of rowdies on East Front Street that he could eat or drink anything as long as someone else was buying. The Enquirer [15 April 1902] recorded:

“Two dozen eggs were set before him and he made short work of them, consuming in the interim no less than 10 drinks of whisky, 10 glasses of gin and the contents of 10 ‘cansful’ of beer.”

Hamilton was declared a champ. He announced he was going to find someone to fight, just for the exercise, and was found dead in his boarding house bed the next day.

It may not have been the eggs that did him in. 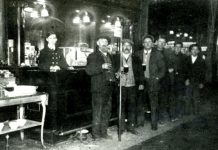