If there’s one thing you can count on in the tri-state, it’s a local brewery boasting crafted beers, and the number of beverages to enjoy only continues to grow. Grab some friends and head to one of these local spots and lounge with a new drink in hand.

Nines are Wild
Rhinegeist Brewery celebrates its 9th anniversary this year and has no shortage of beverages to commemorate the occasion, including the limited release “Nines are Wild.” It’s a crisp and citrusy cold double IPA featuring Centennial, Citra, Motueka, and Nelson Sauvin hops. The brewery will host a western-themed birthday celebration on Saturday, June 25, from noon to 1 a.m., where you can enjoy both the new drink and a dance party. 1910 Elm St., Over-the-Rhine, (513) 381-1367, rhinegeist.com

Motto: Strength Through Support
This month, Cartridge Brewing is serving its second Motto specialty bottle, and fifth in the series: a bourbon barrel-aged coffee Imperial stout. A robust and bold beer, it contains Brazilian coffee beans from local partner Seven Hills Coffee Roasters. The drink pays homage to the Mighty 88th—the core of the Air Force Materiel Command Garrison—and this tribute is displayed on the label, which features a classic Wright Flier shadowed on a Wright-Patterson hangar. If you’re looking to try it, note that it’s only available for a limited time and is first come, first serve. 1411 Grandin Rd, Maineville, (513) 697-3434, cartridgebrewing.com 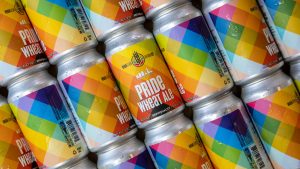 Pride Wheat Ale
In collaboration with Cincinnati Pride, HighGrain is offering this special drink for the month of June. “BrewQuality” Pride Wheat Ale is brewed with Sundew Yeast, and boasts melon-y flavors in a light, crushable wheat-style ale. If you’re planning to stop by the Pride parade downtown on June 25, be on the lookout for HighGrain—the brewery will be pouring this and other beers at Sawyer Point. 6860 Plainfield Rd., Silverton, (513) 791-7000, highgrainbrewing.com

Fuel Injection
Braxton Brewing Company and New Riff Distillery have partnered with Hotel Covington and Coppin’s for Fuel Injection, a 16.2% double barrel aged Imperial stout. It was aged six months the hotel’s five-year anniversary New Riff private selection barrel and mixes the best of the two brands. Bottles of this chocolate, vanilla, caramel, toffee, and oak blend are $14 each and are currently available at the hotel retail shop. It’s also available on tap at Coppin’s. 638 Madison Ave., Covington, (859) 905-6600, hotelcovington.com/dining/coppins 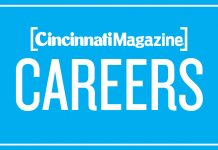