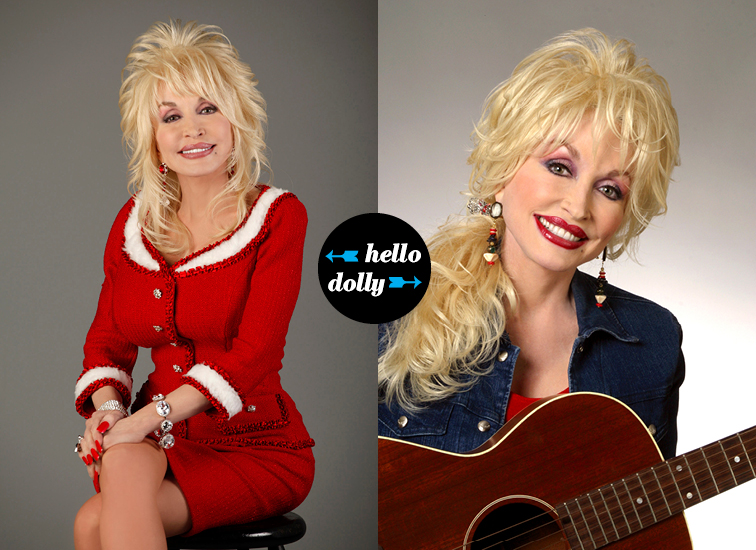 Amy Brownlee had a chance to interview the high priestess of country camp, Dolly Parton, at Dollywood while reporting on the park for our June 2013 cover story. They talked about everything from lipstick to literacy, and just as you suspected, she’s darn delightful.

What does Dollywood mean to you?

Everything. Everything that I’m about is here. I get very emotional when I come in here because it’s like my whole life recorded. So many of my relatives that have passed, and people that have helped me in the early days, like Porter [Wagoner]. They’re all gone now, or a lot of them are gone. Most everything in the park kind of says something about my life and the people I love.

What do you love about mountain culture?

How families live together. That’s what keeps me sane when things are getting nutty out in the world. I can always close my eyes and go home. And I do, even if it’s just in the privacy of my own room. I never lose my way home.

You’ve been at this for a long time. What was the moment you first realized you were famous?

I don’t know that I ever got there yet! I work so hard; I don’t think about being a star. I mean other people say I am. I don’t feel any different than I ever did, because I know how hard I work. I just think of myself as a working girl. I’m grateful and thankful that I’ve been able to make a living doing what I love to do. But I work all the time. It didn’t come easy; it never will, it never has. I just think of my life as being the parent to a whole bunch of people. We employ so many thousands of people through the companies I have. So I’m not about to just kind of swing around think Oh well look at me, I’m a star. I think I’ve gotta work! I’ve got mouths to feed!

Are you still writing songs about home?

Always. The older I get the more I write about home. It’s just funny how you mellow. As you get older, you get more sappy. And you really think more. You reflect more on your life.

What were your challenges as a woman coming up in the country music business?

Well, just being a woman in any business is a challenge to some degree. But I was never as threatened by that, or as intimidated by that, as some women are. Because I grew up in a family of brothers. There’s 12 of us kids—six boys and six girls in our family. I was never threatened by men. So when I went to Nashville, I took it as a compliment when they’d flirt with me because if they weren’t going to flirt with me, I was going to flirt with them! I was comfortable with myself; I never felt I had to sleep with anybody to make it in the business. I never felt I had to do anything like that. So there are challenges, but I’m not so sure that they were challenges I wouldn’t have had if I’d been a boy. Just challenges of just trying to make it in the business.

Your international literacy campaign, Imagination Library, has supplied millions of books to children. What was your experience with books as a child?

Books were rare in our house because there were too many kids. We weren’t allowed to bring schoolbooks home because kids would tear ’em up, chew ’em up, whatever. So Daddy said “Don’t bring no books home, ’cause I can’t afford to pay for ’em!” And he couldn’t. So basically the only book in our house was the bible, and Mamma used to read from it. My dad couldn’t read and write, because he didn’t have a chance to go to school. He’s from a family of about 15 kids and they just had to work in the fields to help feed everybody else. That was one of the reasons that I did start the Imagination Library, because of my family. My dad was so smart even though he didn’t get to be educated. He had good old common sense. And that’s the best kind anyway. And he was so proud; he got to live long enough to see the Imagination Library do good, and he knew that I had done that in honor of him. And so he was very proud of that. Not embarrassed. He knew that we were proud of him, and it wasn’t his fault that he didn’t get to go to school.

What would you be doing if you weren’t a country star?

I always think about that, and I would have been one of two things, and maybe both: a beautician, because I love working with hair—and plus I would have got a discount on products! And I always used to think I might want to be a missionary. But I wasn’t sure about that because I just didn’t know where I’d get my hair done.

Mary Kay’s Pink Pearl lip gloss. It’s discontinued now. When I heard it was going out, I got on eBay and bought up every tube. And everybody said “Oh, that’s out of style now.” And I said “It’ll never be out of style with me!”