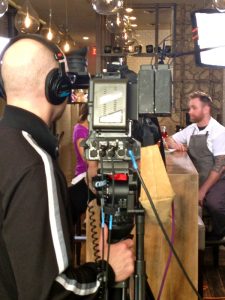 Local restaurateurs Dan and Lana Wright and their restaurant Abigail Street star in the third episode of America’s Best Bites, a Cooking Channel series that rolls out its first show on April 20th. Each 30-minute episode, hosted by Natalie Forte, focuses on one establishment in one city, and features a few of its best dishes. The Los Angeles production filmed the Wrights and their popular 2-year-old restaurant in January, along with its Over-the-Rhine neighborhood as well as other Cincinnati streets and landmarks.