If it were possible for a restaurant to be a “supergroup,” Alcove by MadTree Brewing would certainly be one. That’s because the bar/restaurant/event space in Over-the-Rhine is a collaboration between one of the Cincinnati area’s most beloved breweries (MadTree) and one of its most venerated chefs—Stephen Williams, whose Covington farm-to-table bistro, Bouquet, frequently graces our annual Best Restaurants issue. 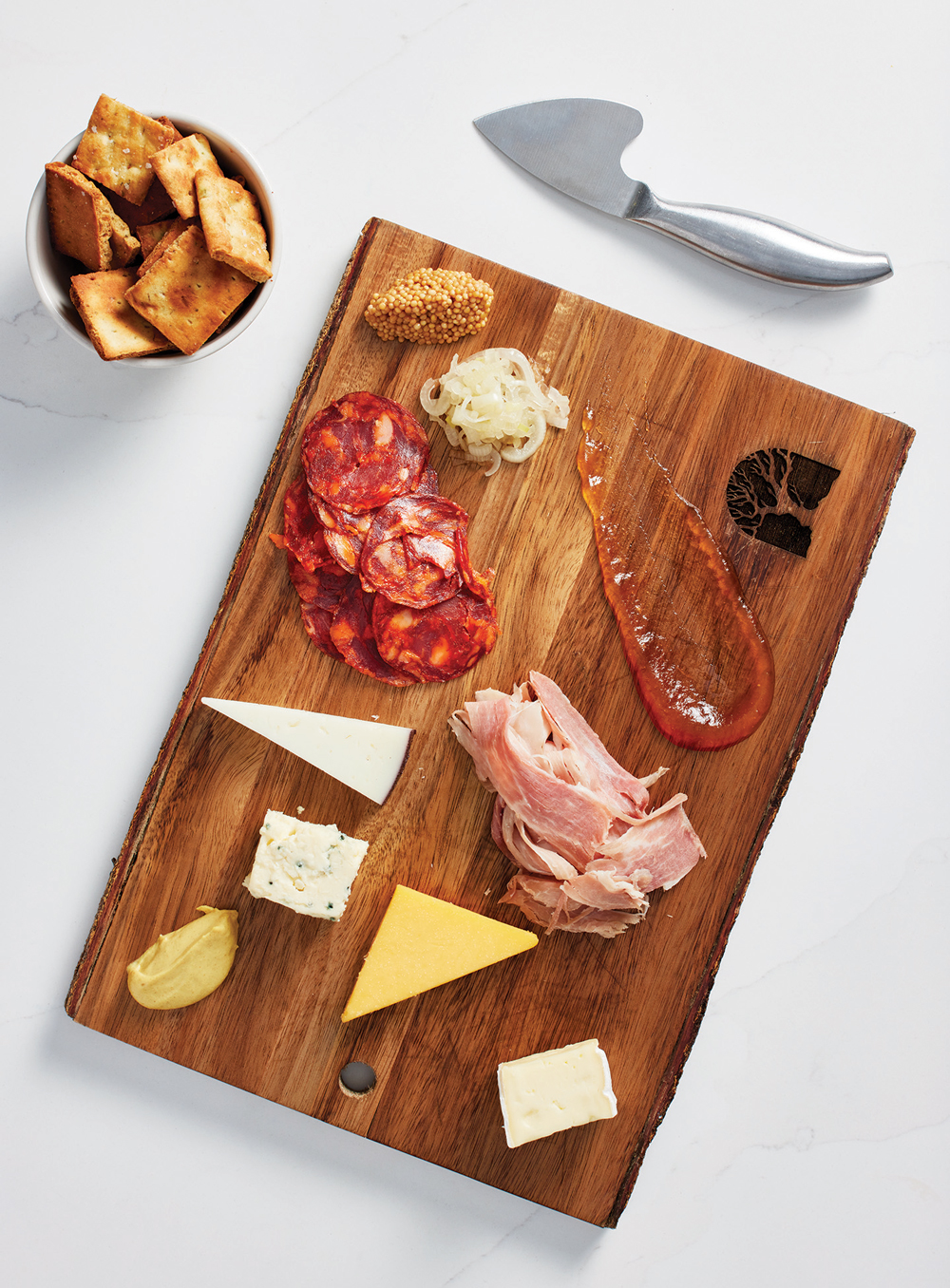 Of course, a supergroup needs an equally super venue, and Alcove fits the bill. The stately two-story brick building dates back to 1873, a date proudly emblazoned on its bright white exterior. It also happens to have one of the most fascinating histories of any building in Cincinnati. In the late 19th century, when the building housed one of Cincinnati’s premier beer gardens, top political honchos like George “Boss” Cox famously held court in its cavernous interior. If these walls could talk, they would roar.

On second thought, that roar would surely be hushed by all the vegetation. While lush floral arrangements are very much the trend (see Somerset, Saeso, and Spoon), Alcove takes this concept to the next level with the multihued jungle growing out of the wall behind the bar. In a spectacular display of branding, MadTree’s logo is emblazoned in verdure in the middle of this “living wall.” The term “urban oasis” gets thrown around a lot, but at Alcove—an airy watering hole with breezy outdoor space and greenery—the term couldn’t be more apt.

As one might expect from a restaurant with so much plant life, fruits and vegetables play heavily into Williams’s and Executive Chef Brandon Lomax’s collaborative menu. Take the savory mushroom tartine, with its caramelized onions and pungent horseradish, for example. It’s worth noting that the mushrooms come from Cincinnati’s own Rich Life Farms. Like Bouquet, Alcove reflects Williams’s—and his team’s—commitment to sustainable sourcing from small, often local, vendors. Similar provenances can be found throughout the menu.

The smoked trout spread, like the beet salad, is colorful and artfully presented, with its green dill, purple flower petals, and pink pickled onions. Like a silky pâté, it spreads easily over the accompanying grilled bread. It’s perfect for soaking up a MadTree PsycHOPathy or Happy Amber. If you are looking for something to accompany a light, refreshing beer, order the braised chicken sliders, which evoke a sunny backyard BBQ. The spice from the jerk seasoning stokes a slow and pleasant burn, one that is happily extinguished with the proper libations.

That the dishes at Alcove are meant to be served with drinks is evident in the layout of the menu itself. As of this writing, there are only four entrées; the bulk of the menu is made up of snacks and small plates, clearly meant to be nibbled and shared between collective sips. While the drink menu is expectedly strong on MadTree beers, it also features a robust wine list and a diverse array of craft cocktails, the herbs for which are grown on site. Turns out, all those plants aren’t just for show.

The entrées, though few, are surprisingly representative, with beef, pork, fish (a rotating “fresh catch”), and tofu rounding out the options. Of the four, the Sakura Farms steak is the highlight. It’s a Denver Cut, a leaner cut of beef taken from the shoulder. Despite its leanness, it’s tender and flavorful, cooked to a perfect medium rare, as requested. With its rich demi-glace and horseradish aioli, this literal meat-and-potatoes (red, skin on) dish ate like a juicy prime rib. It pairs well with the full-bodied red blend our server recommended. Perhaps the best example of sophisticated comfort food on the menu is the pork shank, served with pimento cheese grits and buttery carrots. It’s large and deliciously fatty, reminding me of a good country rib. The “fresh catch” (walleye, in another nod to our region) is also delightful. Served with its skin on, it’s perfectly charred, much like the accompanying brussels sprouts. Sunchokes enhanced the flavor, while a parsnip puree added a creamy touch and subtle bite. 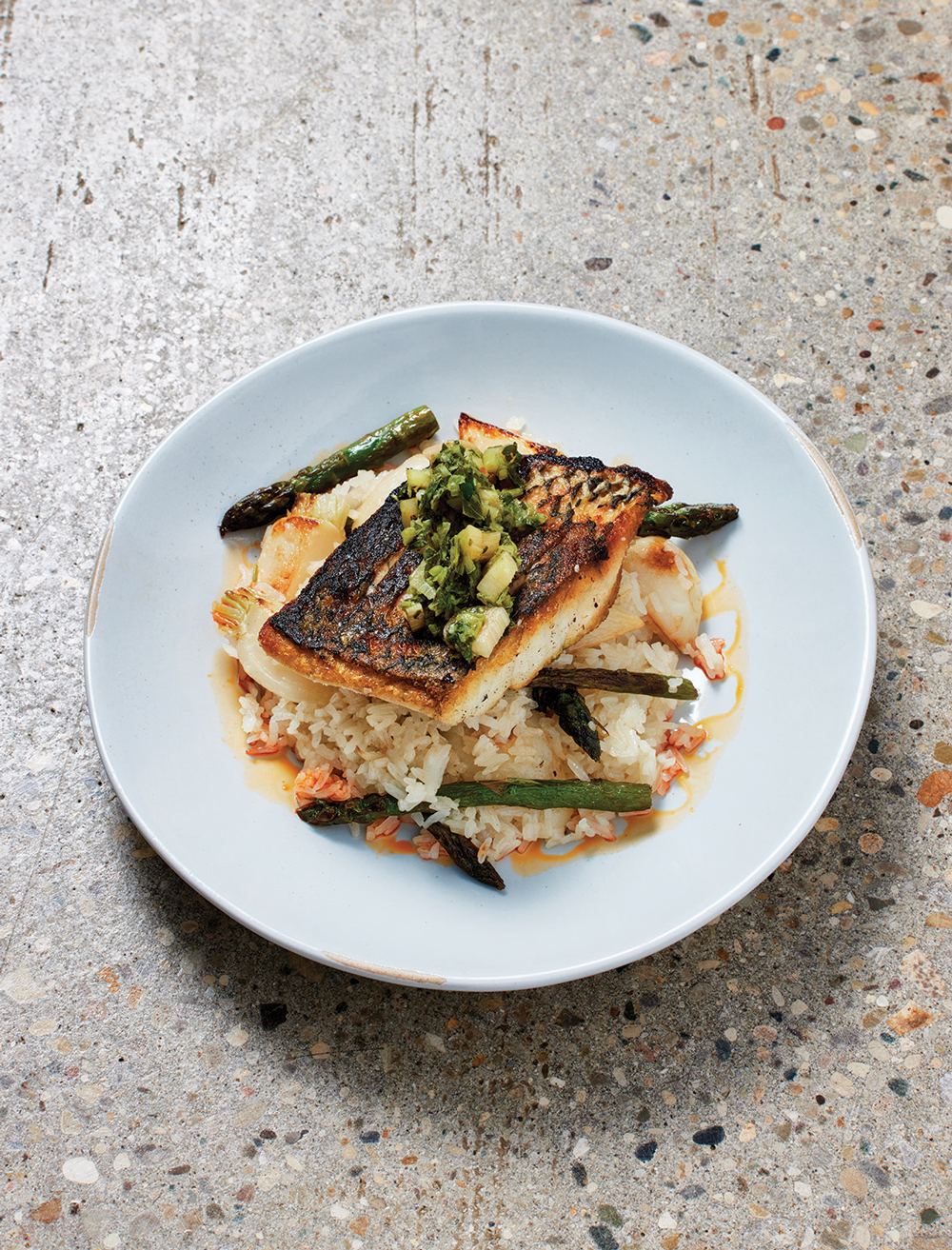 As with the entrées, the dessert menu is similarly pared down. It’s somewhat seasonal, with a rotating fruit crisp (apple, when I was there) providing a final bite of freshness at the end of the meal.

If you’re worried that committed, small-batch sourcing plus meticulous attention to detail equals outlandish prices, fear not. The most expensive entrée (the steak) is $32, a great value for the quality and portion. Most of the snacks and small plates hover right around $10.

With those prices, Alcove is poised to be the neighborhood’s “something for everyone” restaurant—a place for a quick drink and bite at the bar or a special occasion dinner. In fact, it seems to be several Over-the-Rhine drinking and dining experiences at once. It’s trendy but historic. It’s a craft brewery, a wine bar, and a craft cocktail lounge. It’s outdoors-meets-indoors. It’s focused fine dining and laid-back beer garden. Of course, balancing all those disparate elements as seamlessly as Alcove does takes the assurance of a master wheeler-dealer. Boss Cox would be proud.