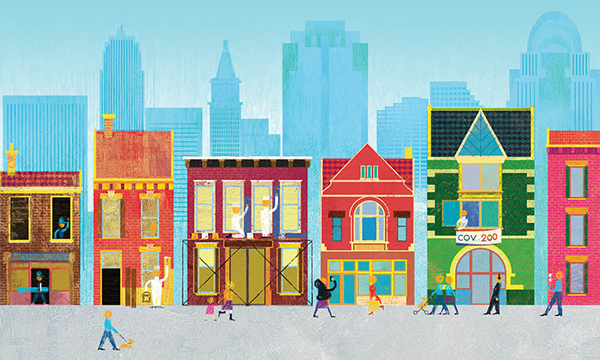 Seventy-five years ago, Covington (along with Newport, its partner-in-crime across the Licking River) was the Tijuana to Cincinnati’s San Diego—an over-the-border badlands frequented by northern neighbors looking to indulge in the darker passions.

That was a lifetime ago. Today, Covington is 200, matured, and finally coming into its own, celebrating its bicentennial with a concerted effort by local leaders to brand the city as hip, young, and livable—in modern terms. Dubbed “COV200,” the campaign touts a city that has reversed the decades-long decline that once put it on the U.S. Housing and Urban Development agency’s list of most-distressed cities. In 2013, Covington even estimated a modest population increase since 2010, growing from 40,640 to 40,956.

The re-branding effort started about two-and-a-half years ago on the heels of a few trendy establishments gaining some footing in the central corridor—places like Otto’s, Bouquet, and Ottoman Imports—followed by city powers (ironically yet predictably) trying to capitalize on the momentum and investing in the Madison, Pike, and MainStrasse areas in 2012. Normand Desmarais, cofounder of the business consultancy TiER1, was tapped to chair the bicentennial committee and in turn hired the modish Covington-based image firm BLDG, which specializes in things like “holistic brand strategies” and “unique interactive experiences,” to conjure the COV200 tag.

Desmarais, like any good committee leader, does his best to play both sides of the branding venture. “I see COV200 as a community engagement function,” he says, highlighting the campaign’s public murals project. But of course it goes further than that. “We want to expose the brilliance of Covington,” he adds. “We want to generate envy from other neighborhoods.”

The object of that envy includes everything from the sleek Daniel Libeskind condos and live/work housing incentives for artists (such as the Shotgun Row initiative) to boasting good coffee, good beer, and an easy commute across the river. It’s all rolled into the chic COV200 packaging that includes modernist graphics, scheduled celebrations, clever social media agendas, and a BLDG-designed mural program featuring slogans like “Love the Cov.” New development has been a key talking point as well, including the forthcoming Gateway Community and Technical College campus, the new Mutual Insurance building at the corner of Scott and Madison, and the revitalization of the Pike Street Corridor—none of which disrupt any of the seven different historic preservation overlay zones designated to protect the city’s gorgeous Victorian housing stock. Forget HUD. Forget Newport for that matter. A woman’s voice on one of COV200’s slick promotional videos confidently declares, “Covington is the new Brooklyn.”

Brooklyn? In some ways, it’s an apt comparison. There’s the Roebling Bridge spanning the river to Cincinnati, just as there’s a Roebling bridge connecting Brooklyn and Manhattan. As in Brooklyn, Covington is flush with graceful, old housing stock, comely cafés, a creative class, and bohos partial to the sleepier atmosphere on the south side of the river. John Yung, an editor at UrbanCincy.com, points to Covington’s walkable city lifestyle as appealing to millennials. “It’s an historic and unique environment at a price point that’s less than what you would have to pay in Over-the-Rhine or downtown,” Yung notes.

There are also plenty of notable, distinct differences. For one, Brooklyn’s creative class wasn’t lured to the borough by a municipally sponsored campaign, but rather by lower housing prices and the opportunity for organic community development. There’s also the fact that Brooklyn and Manhattan belong to the same city, whereas Cincinnati and Covington don’t even belong to the same state.

Desmarais, despite hiring the firm that drew the Brooklyn parallel, tends to favor those details that distinguish Covington rather than advocating the now-clichéd alignment with a hipster enclave. Covington has its own history to celebrate. “Everything about this city has such character to it—the architecture is incredible,” says Desmarais. “We have all the benefits of being near a major city without having to be one.”

Chris Ritter, one of the principals of BLDG, isn’t shy about dismissing one major aspect of the comparison, either. “We don’t look like Brooklyn,” he admits. “It’s more of a metaphorical similarity.”

In other words, they may re-brand the image, but the bricks and mortar are still the same. 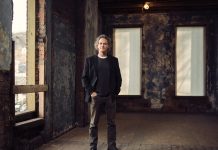