We loaded this beauty with nine locally produced liquors that cross the entire spectrum of cocktails. Time for some exploring.

This spirit, which gets its name and flavor inspiration from Mercutio’s Queen Mab speech in Romeo and Juliet, also helps support the Froghammer Shakespeare Radio Hour.

Corn whiskey (and eventually bourbon) was the original goal for this small operation that began in a Northside barn. But a surplus of corn led to experimentation, and eventually (ahem) lightning in a bottle.

For those who like the idea of drinking bourbon, but who haven’t quite committed to the brown spirit, this creamy combination of bourbon flavors and cream is a perfect first step. Try it in your coffee or in a boozy milkshake.

Voltage is the craft vodka brand from March First Brewing and Distilling (also home to Cooper Island Rum and Sycamore Distilling). The official vodka of FC Cincinnati and the Oakley Pup Crawl uses Ohio apples to give it smoothness.

This craft distillery and restaurant does things a little differently, offering hard sodas and a wide variety of craft cocktails. It also distills unusual spirits, including this take on a Chinese liquor that’s fermented with sake yeast.

Robert James began its life as Shumrick and Leys, and while the name on the bottle is different, there’s still kicky horseradish vodka—perfect for ratcheting up your bloody marys—inside.

Ken Lewis launched New Riff in 2014 knowing it would be years before he could put his own brand on the market. Thankfully, the bourbon was worth the wait, especially the single barrel version.

This spirit based on fermented cider dates back to colonial times, which makes it appropriate that March First Brewing and Distilling would produce it under the Sycamore Distilling banner, which pays homage to Revolutionary War veteran Christian Waldschmidt, who established Sycamore Township in 1794.

Cincinnati’s original microdistillery—turning out only three barrels a year—created this peated single malt whiskey that has ardent fans, even with its scarcity. 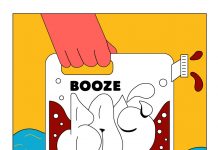 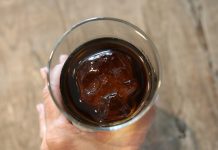