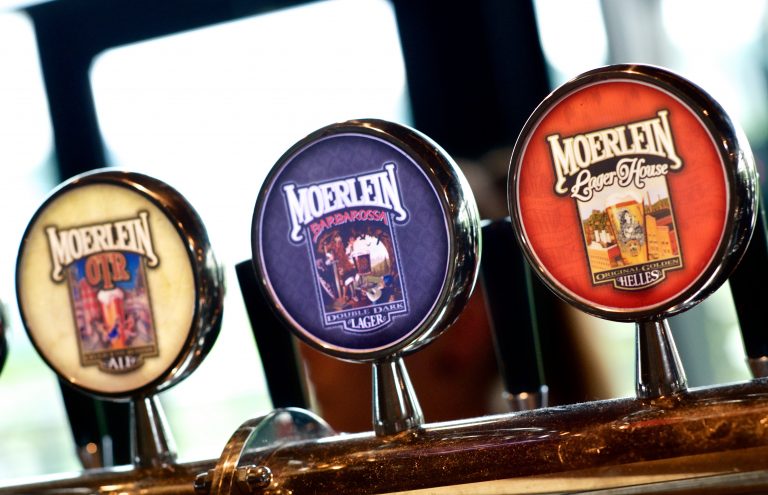 Cincinnati claims an impressive beer scene. But the wide variety can be daunting, especially to people new to the world of craft beer. Here are our five favorites to get you started, complete with ABV (alcohol by volume) and IBU (International Bittering Units) so you know what you’re getting yourself into.

1. Rhinegeist’s Truth IPA
Constantly jostling with MadTree’s PsycHOPathy as my go-to local IPA, Rhinegeist just does it right. There isn’t anything too crazy going on here, just a good IPA with hints of grapefruit and mango. It makes for a reliable favorite because it’s available year-round and one of Rhinegeist’s flagship beers. I’m always on the lookout for the green tap at local bars. India Pale Ale, 7.2% ABV, 75 IBU

2. Moerlein’s Over-The-Rhine Ale
Before newer craft upstarts like Rhinegeist and MadTree found a footing in Cincinnati, there was Moerlein. First brewing in 1853, The Cristian Moerlien Brewing Company was the first Cincinnati beer to be exported, often to Europe and South America. Pay respects to your elders with my favorite Moerlein brew, their classic rich copper Over-The-Rhine Ale. English Pale Ale, 6% ABV, 40 IBU

3. Blank Slate’s Fork In The Road
Fork In The Road is the under-the-radar pick. Opening in 2011, Blank Slate Brewing currently operates as a draft-only brewery. You won’t find this at Kroger or your local liquor store. You’re gonna have to make the trip to a bar or their PourHouse tap room. It’s worth it though, because Fork In The Road is an interesting middle-ground (Fork In The Road?!) between amber ale and IPA. India Amber Ales aren’t quite common in craft brewing, but maybe they should be. Amber Ale/IPA, 6.8% ABV, 70 IBU

4. Rivertown’s Roebling Porter
Tasked with brewing a special beer for the 145th Birthday of the Roebling Suspension Bridge in 2011, this is what Rivertown Brewery came up with. Be warned: This one is heavy. Roebling Porter blends chocolate, Ugandan vanilla beans, and coffee into one raw, robust beer. The one-time brew became an everyday staple for Rivertown, and you’ll know why after one sip. Imperial Porter, 7.8% ABV, 35 IBU

5. MadTree’s Citra High
After its successful debut last April, Cincinnati’s favorite Imperial IPA is back. This is the crown jewel for hop lovers, crammed with American hops and tropical citrus flavors. Currently boasting an impressive 97/100 on RateBeer.com, Citra High might be the most critically acclaimed brew the Queen City has to offer. Be quick though, because Citra High has already departed once. If you find yourself left out, MadTree’s PsycHOPathy is a worthy replacement. Imperial IPA, 10.2% ABV, 123 IBU