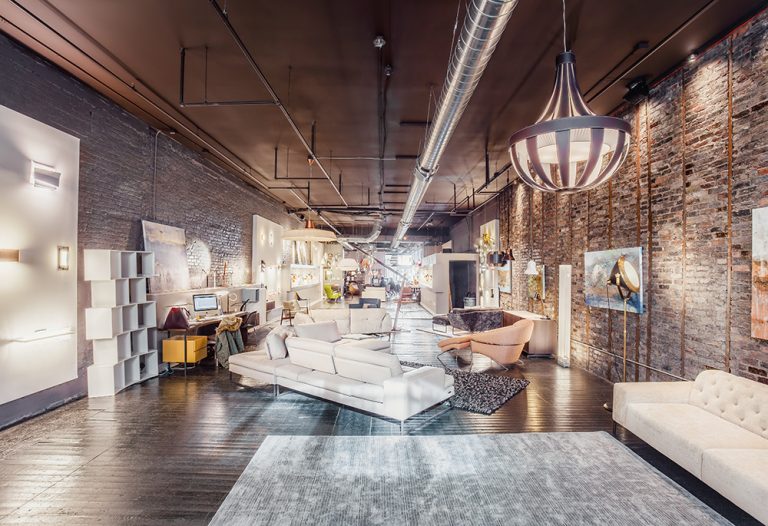 Drew Dearwester and Bertie Ray III felt a little crazy opening a high-end lighting store in Over-the-Rhine on October 17, 2008—just a few weeks after the stock market crashed. To make matters worse, it was raining. “So here we are having a champagne toast…” says Dearwester. “…In a downpour,” says Ray.

Lucky for the founders of Switch, the weather and Wall Street were poor indicators of the pair’s success. Within a week, they landed their first major project: designing and supplying lighting for the Mercantile Library’s renovation. Two more big breaks—a federal government project in New Jersey and lighting design for an über-modern California residence—helped establish the business. Switch has since outgrown their original Vine Street store; in September Ray and Dearwester moved into a rehabbed building on West Fourth Street.

Switch’s origins can be traced back 10-plus years to when Ray, a New York transplant and self-described “entrepreneur at heart,” met Dearwester, a 25-year veteran of modern furniture and lighting sales, while shopping for home lighting. Today their two-floor showroom, which is available to rent for private parties and meetings, is filled with exotic European light fixtures. But one thing that’s made Switch so successful, says Ray, is its versatility and depth of services. “We’re like a department store for lighting,” he adds, noting that they sell the fixtures—from simple recessed lights to a pendant-style chandelier shaped like a giant upside-down flower—and also offer design and installation services.

“Most of our clientele is on the industry side—architects, designers, developers, and contractors,” says Dearwester. They’ve worked on the renovated Globe Furniture Building on Elm Street and the Intelligrated offices in Mason, but they’re just as comfortable working on home projects. “We love it all,” says Ray.

After years of clients requesting decorating help, Switch has expanded to include modern home furnishings and local wall art, too. The store now carries “nearly 10 furniture lines,” says Ray, and is one of the region’s larger Thayer Coggin dealers.

As they see it, the Fourth Street expansion is a sure sign of growth. “In our old location, people would walk in thinking they just walked into Soho or something,” says Dearwester. “With the new store, we’ve definitely matured and are showing a whole different concept.”