Consider the diaper. Most of us would rather not, and those of us with kids weep with joy when diapers (and the wipes, Genies, and plastic bags that go with them) are finally gone for good. But for parents of a severely premature baby, starting out life in a Neonatal Intensive Care Unit (NICU), a diaper change can signal a hard won step on the road to normalcy.

According to March of Dimes, preterm birth (birth before 37 weeks) affected 1 in 10 babies in the United States in 2015. Advancing medical technology means a better chance of survival for premature infants, but these so called “micro-preemies” have very specialized needs. “They can’t regulate their body temperature on their own,” says Tally. “They don’t have muscle development so they can’t position or react to their environment.” Which means if they’re wet or uncomfortable, they’re stuck. So Tally and her team set out to design a diaper just for them.

“The contoured fit of the product is so impactful for babies that are this small,” says Tally. “Having a 34% more narrow core offers the protection, but also allows their legs to be positioned to the midline of the body.”

As the P-3 makes its way to hospitals this fall, Pampers has teamed up with March of Dimes to raise awareness about preemies through their “Touches of Love” campaign. March of Dimes, which works to prevent premature birth, birth defects, and infant mortality, wants to reduce the preterm birth rate in America to 8.1% by 2020. Their latest report card puts the national average at 9.6%. This annual report compares 2014 premature birth data in U.S. cities with that 8.1% goal. At 10.3%, Cincinnati’s 2015 grade was an F. 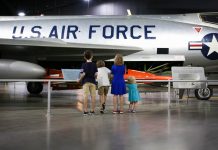 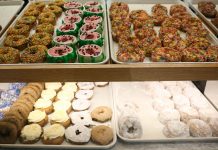