Home Baby and Beyond Talking to Your Kids About Scary Headlines

Manage your emotions, and make your child feel safe.
“If the parent is fraught with emotion and out of control, that’s going to do nothing to help the child establish any sense of safety, and that has to be the first concern,” says Mary Kay Fleming, Ph.D., professor of psychology at Mount St. Joseph University. Let them know it’s OK to feel sad. If the incident happened at a school, reassure them that their school has a safety plan.

Turn off media.
“You cannot inundate children with information that is highly stressful,” Fleming says. “It’s going to completely overwhelm them.” Children don’t have your perspective and processing skills.

Make explanations age-appropriate.
Give minimal information, gauge your child’s response, then give more as needed. Use language like: A man hurt a bunch of people or did a bad thing. That happened somewhere else. Our soldiers are helping keep us safe. His brain was sick.

Communicate family values.
Saying I hope everyone is OK! models compassion, and See all of the people coming to help? values helpfulness. Fleming suggests adding The people willing to help outnumber the bad guys.

With your child, choose a constructive response, such as sending personal-care items to Matthew 25 Ministries. “You’re giving them an outlet for their worry about the situation and allowing them to take constructive action,” Fleming says.

More important, all media contains a message, Fleming says, and it’s best if you provide the context for the message, instead of abdicating that role to the kid on the bus. For example, if the media message after a terrorist act is Muslims are dangerous, Fleming says, it’s incumbent upon the parent to say, That’s not true; Muslims are peace-loving people like us. A few people who happen to be Muslims have done a terrible thing.

“People who have been hurt, victimized, or marginalized by society are sometimes the people who act out against other people,” Fleming says. “So by treating people well, fairly, and compassionately, your children are making the world better and preventing other incidents.” Sage wisdom. 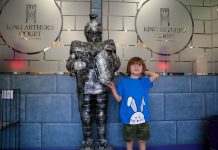 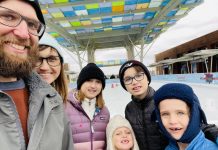 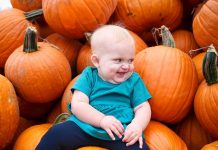