Home Home + Garden On The Market: A Colorful Middletown Victorian With Commercial Potential 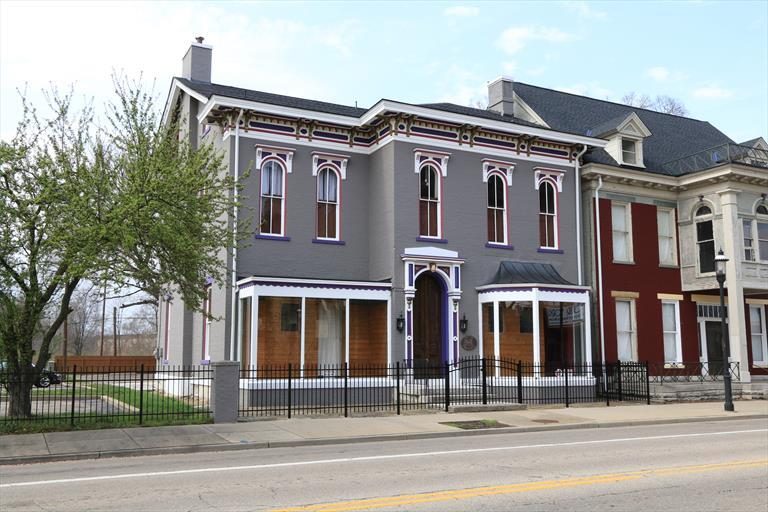 This  two-story house was originally owned by George Barnitz, a local gent who open the first bank in Middletown. Since 1861, the building has served many purposes from housing to office space, all with that same cute Victorian exterior.

Once you’re through the traditional foyer, however, things get pretty bold. In the living room, you can’t miss the high ceilings, painted in a dark green with exposed white beams that frame a hanging chandelier. The back wall has a tiled pattern with light, earthy colors. At the top of the stairs, look for murals, stained glass, and lots of historical features like over-door transoms and substantial fireplaces.

We hope you like wallpaper (or removing it, as the case may be), because many of the rooms are trimmed with large-scale prints in vivid colors.

Pro tip: The four-bedroom house is zoned for commercial use, and would make a pretty cool B&B. Just saying.