Home Home + Garden On The Market: A Renovated Mid-Century Modern in Kennedy Heights

Though not officially LEED certified, this 1953 ranch has tons of features that make it less costly to live in than your average abode. Every window has been replaced and the walls and ceilings pumped full of insulation. The home also sports whisper-quiet motion-activated exhaust fans, non-toxic hardwood flooring (no polyurethane stain), a water purifier, and an induction cooktop. Add it all up and you’ve got a good head start on a green building. (Someone agrees; the house was under contract at press time.)

Homeowner Dez Angeli and her late husband, Stuart Scheingarten, made sure this hard-working house could play, too. The walls are dotted with art from around the world and the furniture is an eclectic mix of styles. Case in point: the scalloped white pleather chair and ottoman (which, Angeli notes, is from the set of one of the Star Trek movies) and the 1800s hand-painted zither table that’s been converted to a guest room bench. 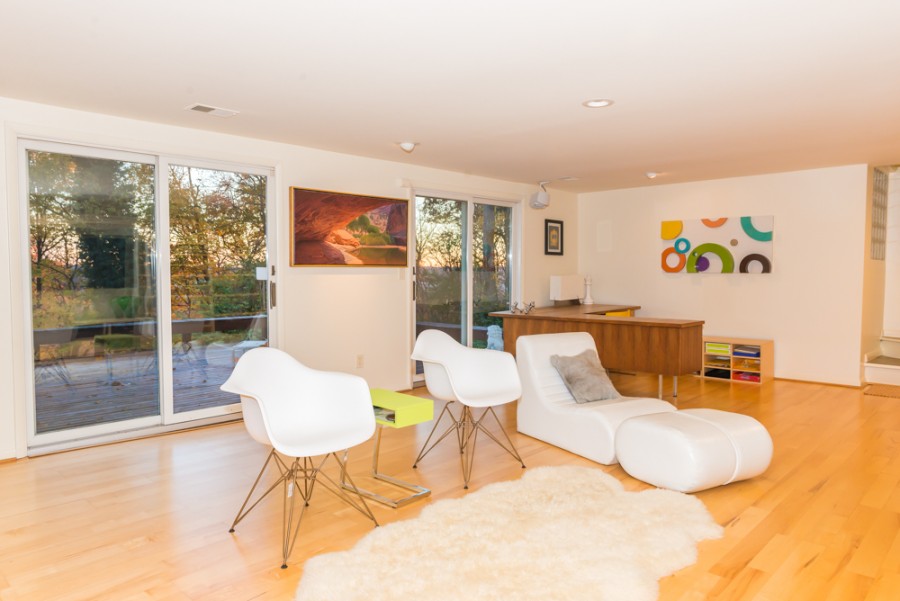 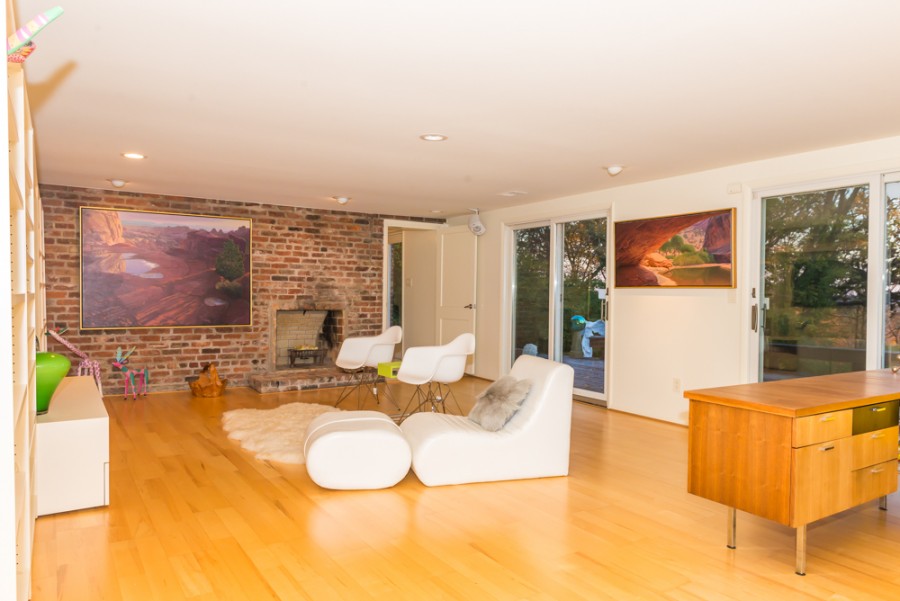 The couple may have had the most fun renovating the bathrooms. Take the four etched glass panels Angeli found at Legacies in Hyde Park; one’s installed next to the front door, but the other three are featured in the main bath, along with a petrified wood sink and a tamarind vanity. And on the lower level, there’s a sauna just steps away from the sizable glass-block shower (also LED-lit).

The home’s most compelling feature just might be its location. Set on a bluff overlooking a wooded hillside, the lot was likely once part of a resort property called the Yononte Inn. Built in the late 1800s as a means of attracting potential landowners to the area, the Yononte (allegedly named for a Native American princess who married nearby) included a 50-room hotel. The structure burned down in 1909 but stone gates marking the resort’s bounds still remain—a quaint reminder of the neighborhood’s storied past.