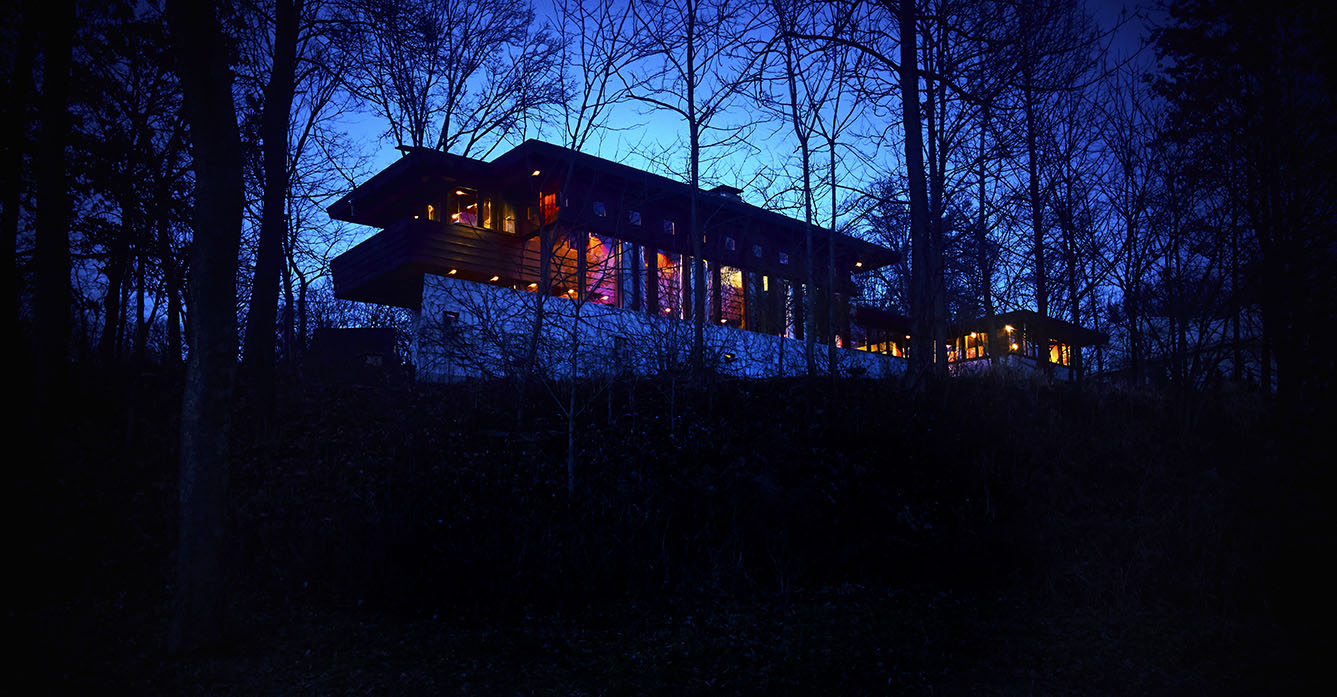 Late in his career, Frank Lloyd Wright experimented with a residential design style called Usonian. These homes, Wright theorized, would be fairly inexpensive and easy enough to build that owners could do some of the construction work themselves. Though the resulting structures are both fascinating and unmistakably Wrightian, they were neither affordable nor simple to build. Still, two of them exist in Cincinnati; next week, one—this Clifton two-story—will go on the market.

This particular home was built in 1956 as a wedding gift for Greek scholars Cedric and Patricia Boulter (both worked at the University of Cincinnati; Patricia’s parents commissioned Wright for this project after he designed their own Minnesota home). Current owners Chuck Lohre and Janet Groeber purchased the place at auction in 2003 and have since dedicated much of their lives to studying and sharing Wright’s legacy, as well as preserving the home. Lohre, who studied architecture at NKU but pursued a career in marketing, did a lot of the restoration work himself and calls the project “the culmination of my life.” Now, after 15 years, he says, it’s time to pass the property on to a new steward.

Although the Boulter House will be priced significantly higher than the “affordable” ideal Wright envisioned, this will be one of the least expensive Wright homes listed for purchase in any market nationally, says listing agent Susan Rissover—a fact that’s sure to draw interest from Wright fans near and far. But—lucky us—Cincinnatians interested in seeing the structure in person before it changes hands can visit tomorrow (Saturday, January 12), at this tour, sponsored by The Architectural Foundation of Cincinnati. Our take? If architecture’s your thing and Frank Lloyd Wright is your man, this property is a must-see.