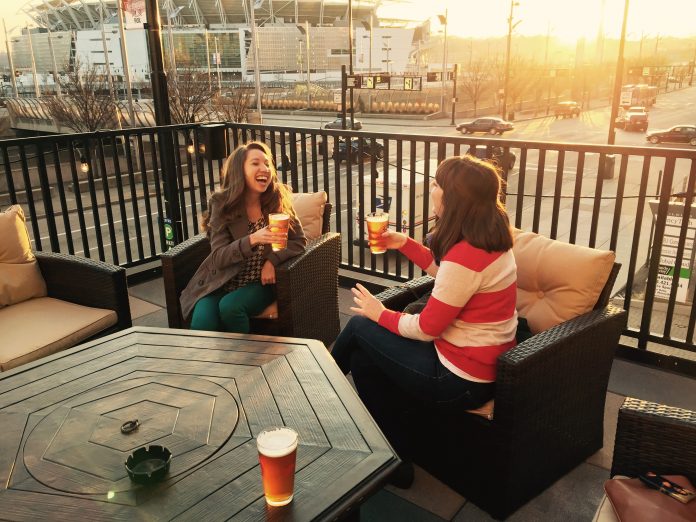 My coworkers and I have stumbled upon a happy hour utopia.

It helped that the temperature was a glorious 50 degrees, providing one of those unseasonal weather respites that make you think of January as a distant, icky memory. It also didn’t hurt that the waning afternoon sunlight looked like a damn Terrence Malick movie.

But there were some delightful things about The Blind Pig that have nothing to do with a nice day:

1. The fact that, despite the unsightly riverfront construction, the patio has a great view of the National Underground Railroad Freedom Center, Great American Ballpark, Paul Brown Stadium, and the distant southwestern hills. File this one away for Opening Day, kids. 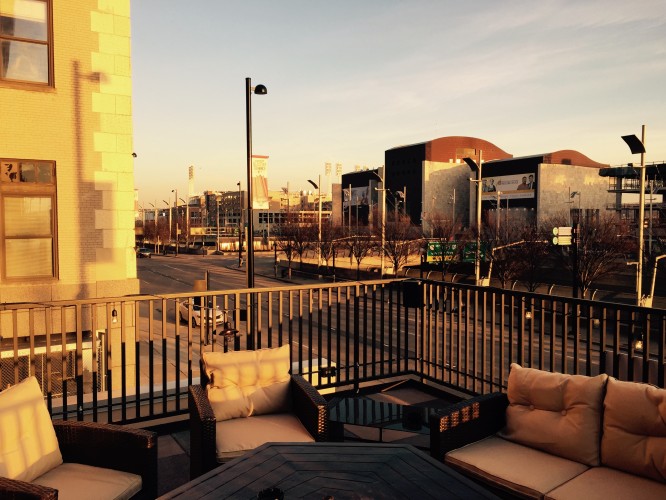 2. My impression that it’s probably not cool enough for Over-the-Rhine (and that’s probably a good thing).

3. The thoroughly chill barkeep who cussed at her fussy taps (the selection of which is very decent and includes local and big-name craft brews).

4. The outdoor table that turns into a fire pit if you have the will to make it so. And a lighter.

5. The late-’90s alt-rock-grunge-ska soundtrack which, though a tad too loud, brought on serious nostalgia within the group. You probably don’t have these songs in your iPod anymore (or, ahem, in your CD binder), but they will make you smile. 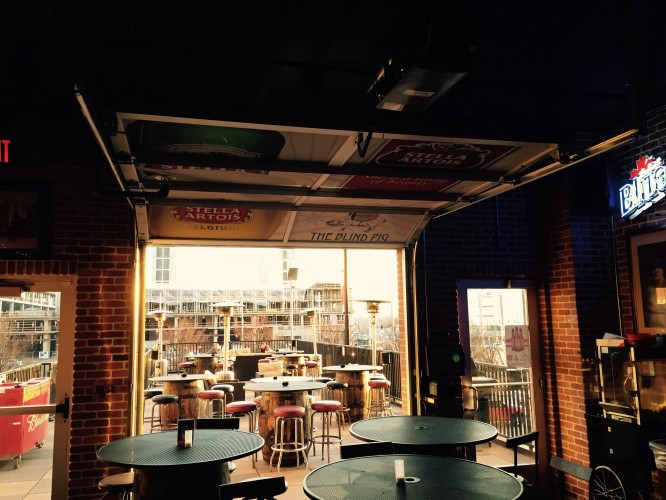 6. The unusual-but-tasty nachos (white cheese?). And the spicy Buffalo wings. We’re not sure if either dish actually satisfies its respective definition, but they were good so nobody cared. 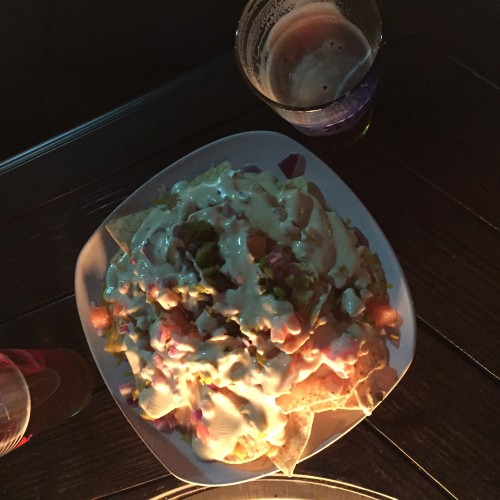 The Blind Pig is one of those places that you want to tell everyone about, but that you secretly don’t want anyone else to visit. I wanted to keep it all for us, for future happy hours and for the first spring day when I’ll definitely be back. But I also want the place to have enough winter business to remain open come summer. So here we are. ​