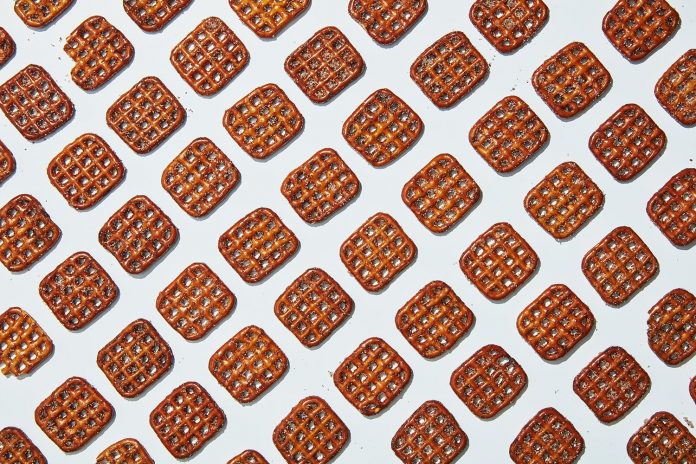 → Pretzels are all about the salt (cue up the Seinfeld gif). But if you want something a little less one-note, turn to Covington-based Yankee Doodle Deli for a roundup of creatively-seasoned pretzels called Zels. Owner Marilyn Baker never intended to start a business, but when she started selling her homemade pretzels from a gift shop in the Drake Center (where she worked as a speech-language pathologist), friends started calling her the “The Pretzel Lady,” and her path was clear. She eventually moved her baking operation into a kitchen space in Covington, and now stocks her pretzels in more than 80 retail locations, including The Party Source, The Gruff, and Jungle Jim’s. Baker employs a three-person team, including a mad-scientist-style “flavor expert” who turns out varieties like Blazing Fiery (spiced with cayenne), Sweet Cinna (tastes like the cinnamon toast of your childhood), and Infused Bourbon (heavy on the banana notes). Zesty Citrus has hints of orange and lime, and Savory Honey tastes exactly how it sounds (as in, good with beer). Bottom line: they can handle any crunchy craving.