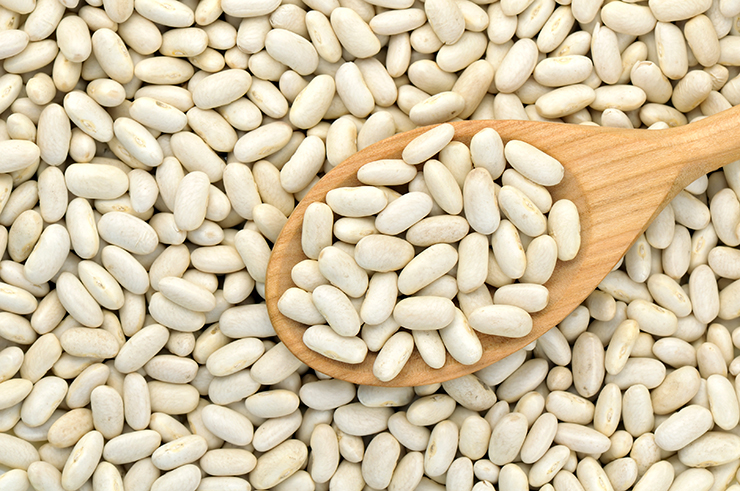 I’m not one to easily let go of summer. I spend weeks in denial, still sprinting to the corner store in my jogging shorts and seeing blankets as a sign of moral decay. And while I welcome winter cooking, with its chowders and pot roasts and philosophical considerations of hot cocoa, it’s excruciating for me to make that initial mental leap from heirloom tomatoes to squash.

But there are compromises. Recipes that seem more appropriate for a fall evening and a faint smell of burning leaves. Salt, smoke, caramelized onion—things that feel warm but still “outdoorsy.” Not so heavy so as to envelop, but reassuring, like the extra shirt you allow yourself before the OJ run.

I’m not sure where this recipe came from, save that it reflects my attempt to replicate a soup one of my parents would make when I was young. I never once saw either parent cooking this soup, and to this day I’m not sure which parent cooked it (both were cagey when I asked them point-blank). I just know that on certain autumn Sundays, there would be soup.

The key is to make sure the beans cook long enough, so the par-cook is important. I want most of the beans to fall apart and thicken the broth naturally, and if you rush things by smashing beans prematurely, you’ll be left with grit. Just be patient and let the beans do the work.

Now, the following words do not spill forth freely: The pork is unnecessary. You can add two cups of minced kale, or you might consider doing what St. Elmo’s Steakhouse in Indianapolis does, and start the soup with a tomato base. Either way, it’s good to have options.

Serves 8 as a starter, or 4 as a main course

salt and pepper to taste

PREPARATION
Soak the beans for 12 hours in a large bowl covered by one inch of water.

To prepare the soup, dump the beans into a one-gallon pot, along with the soaking liquid if you so choose. Add enough water to cover the beans, and bring the pot to a boil. Boil for 45 minutes on medium-high heat, giving an occasional stir and scraping away the foam that will float to the surface. The beans should be starting to soften but should still hold their shape.

Pour the beans and the liquid back into the soaking bowl and set aside. Return the pot to the heat, and add the bacon strips, cook on low until bacon crisps up and a nice layer of bacon fat coats the bottom of the pan. Fish the bacon strips out.

Meanwhile, add the onions, carrots, and garlic to the pot, and cook over low heat for a few more minutes, allowing them to soften.

Add the beans, along with the liquid, back to the soup pot. Nestle the ham hocks in among the beans and vegetation, and add just enough liquid to barely cover. Add the bay leaf. Bring to a boil, and back down to a simmer.

Simmer the beans for another 45–60 minutes, being careful to stir regularly so that beans do not simply burn at the bottom of the pan.

Eventually, the beans will begin to break apart, and the newly liberated starch will transform a clear soup into something much closer to a puree.

When this starts to happen, remove the hocks from the pot and allow them to cool. Remove the skin (kitchen shears are helpful) and dice the usable meat, being careful to cut away the fatty pieces and sinew. Return the meat to the pot.

Check for seasoning and garnish with the bacon, if you haven’t already snacked it into oblivion.