Home Food News In the Kitchen With Hans Tandrup

In the mid-1970s, Hans Tandrup was the executive chef of The Gourmet Room, the now defunct restaurant that sat atop the Terrace Plaza hotel and these days is best known for its Joan Miró mural, which currently resides at the Cincinnati Art Museum. But during its heyday, it was one of three fine dining restaurants, along with Maisonette and Pigall’s, that set a high bar for Cincinnati’s culinary scene. 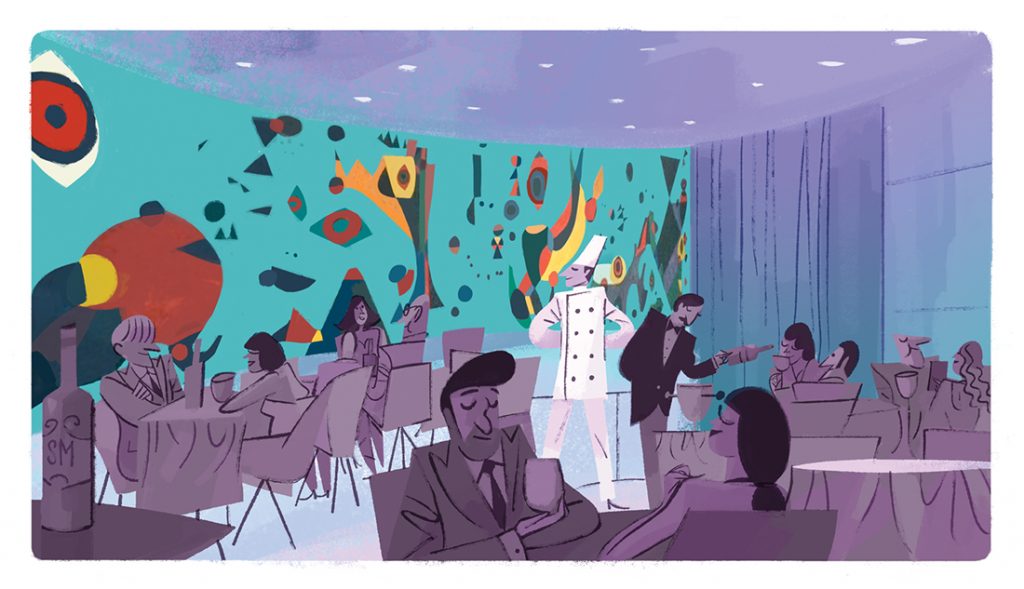 What kind of cuisine did you serve? It was French continental cuisine. Dishes like French onion soup, lamb chops, and lots of lobster. We also served tournedos, chateaubriand, soufflés, and baked Alaskas—the kind of food that was popular for the time.

What was your culinary training? I spent four years apprenticing in the kitchen—at the Palace Hotel in Copenhagen—as a cook and two years in the dining room to learn how to serve tableside, to carve, and to be a waiter. There was a pretty involved culinary exam first at school to become a cook. You had to earn your stripes to become a chef. Back then you couldn’t just call yourself a chef.

You’re retired now and you also spend a lot of time on your farm in Owenton, Kentucky. What kind of cooking do you like to do these days? We don’t go out to eat so I always find new things to try. I make my own pumpernickel bread with rye and wheat berries. Typically, I make two loaves a week—8 to 10 pounds each—unless my daughter and son are coming and then I make more. I also make my own white bread. But my favorite food is seafood. We probably eat more pork than most Americans. We grew up on it. Denmark is a huge pork producing country, and again, obviously fish. I rarely do a lot of prime cuts. Hannah and I enjoy curry dishes, Frikadeller (Danish meatballs), dumplings, and vegetable stews—especially with leeks, celeriac, and mushrooms. We love cod, especially baked with a buttermilk crust or en papillote. I also make cold curried seafood salad. I’m retired now but I’m busier than I’ve ever been.