Last summer, Busken celebrated its 90th birthday. Quite a legacy for Joe Busken Sr., who wanted out of the business after working in his father’s Oklahoma City bakery. The family was originally from Cincinnati, so young Joe made a break for it—and a job at a relative’s cigar box factory. Unfortunately, that job (and the factory) went up in smoke after a fire, putting Joe back in the kitchen. He had a knack for it, as did Joe Jr., who worked as a chemical engineer before joining his dad. Now it’s a rule that family members have to spend three years outside the company before they come back. For third-generation CEO Dan, that meant a stint in construction; for VP Brian, advertising copywriting. Now they’re building for the next generation.

On December 30, 1919, Louis C. Graeter had been selling ice cream and candies for nearly 50 years. That day, the 67-year-old confectioner walked in front of a streetcar at Court and Vine—and into the path of an oncoming automobile, which struck and killed him. Luckily for all of us, his 44-year-old widow Regina wasn’t afraid to take charge. Known as “The Boss,” Regina oversaw an expansion of the business, buying a bankrupt printing plant in Mt. Auburn in 1934 that served as the manufacturing heart of the company for decades, and opening up to 20 stores during her lifetime. The fourth generation of Graeters—Rich and his cousins Chip and Bob—are at the helm now, and closing in on 150 years in business.

The Gottenbusch family might just be Cincinnati’s pretzel kings, though we bet Servatii Pastry Shop founder Wilhelm Gottenbusch wouldn’t put it quite that way. Wilhelm, a master baker—and a third-generation one, at that—who opened his first store on Observatory Avenue in 1963, would probably rather focus on his European-style pastries. Those treats established a market among the families of Hyde Park, and made it possible for the family business to grow to 12 locations. Wilhelm’s sons Gary and Greg followed their father into the kitchen, and now Greg and his nephew Paul make sure those exacting German standards are met. Gary Gottenbusch, who spent 35 years overseeing the famous Servatii pretzels, now runs Pretzel Baron, a separate entity that focuses on soft pretzels. 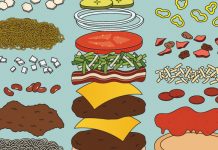 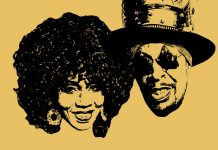