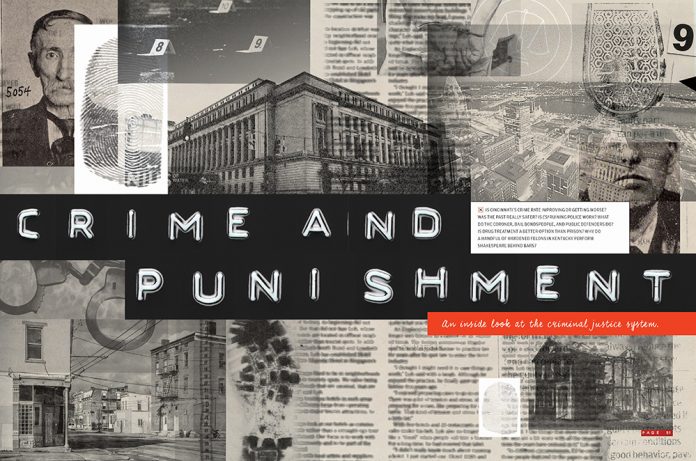 In 2013, Clermont County’s commissioners set out to break the cycle of chemical and physical imprisonment filling its jails with repeat offenders caught in the opioid crisis. They created the Community Alternative Sentencing Center (CASC) treatment and rehabilitation program as an alternative to jail for persons convicted of nonviolent drug- and alcohol-related misdemeanors. Judges give offenders the option of entering this program, where they live from 5 to 90 days in dormitory-style “recovery pods” and receive medication-assisted treatment, counseling, vocational and educational training, and participate in therapeutic activities such as yoga. On release, they’re connected with ongoing support services. It’s all part of a holistic new effort to treat the addicted, helping them rebuild the kind of healthy and productive lives that will prevent relapse.

CASC began as a female-only pilot program managed by the Talbert House; two years later Greater Cincinnati Behavioral Health Services (GCB) launched an all-male program. With help from a grant received through the federal 21st Century Cures Act, which provided $26 million to the state of Ohio to fight the opioid epidemic, the taxpayer-funded program expanded to serve women again this past September.

A study by GCB after one year found that 307 of 378 clients admitted to CASC completed the program. Only 20 percent of those who successfully completed it spent more time in jail following release, compared to 89 percent of clients who didn’t complete CASC.

Clermont County Mental Health and Recovery Board Executive Director Karen Scherra says that CASC represents a shift in how addiction is viewed and treated, a movement toward “a disease model rather than that of a moral failing or a choice.” It’s also a holistic approach for both the individual and the community, says Gregg Pieples, who just completed his 25th year with GCB and fourth as director of addiction services. That’s because CASC’s partnerships actively include social services, business leaders, and—crucially—law enforcement and the legal system. One key challenge Pieples has faced since GCB took over CASC has been growing an essentially therapeutic facility on premises that aren’t traditionally viewed as therapeutic. CASC is located in the jail only because that’s where space was available. But it isn’t jail. Participation is voluntary, and residents can—and sometimes do—leave and serve out traditional jail or probation sentences.

CASC’s spectrum of services includes connecting addicts with recovery coaches who have themselves struggled with addiction. “For offenders to see somebody who’s been through it and functioning well and trying to help them keeps people motivated to say, ‘I can do this too,’” Scherra says. “And that’s the change in the system.”