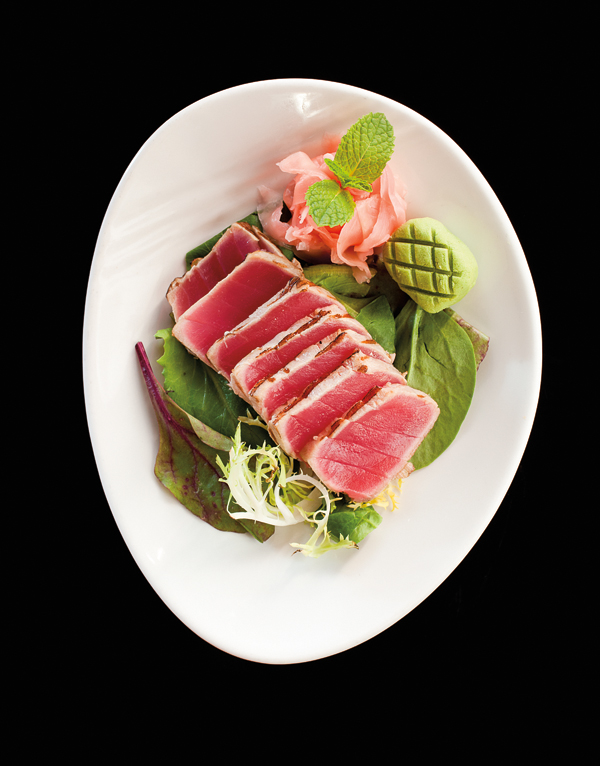 In the 1957 book The World of Suzie Wong by Richard Mason, Suzie Wong is a beautiful and popular Chinese prostitute who falls for aspiring English artist Robert Lomax, whom she meets on a Kowloon ferry. Ashamed of her grim profession, she toys with him, introducing herself as a virginal heiress named Mei-Ling about to enter an arranged marriage. Eventually, Lomax discovers she isn’t at all who she appears to be and despite the deception, falls hard and fast. It’s a bittersweet hooker-with-a-heart-of-gold love story where boy meets girl, gets girl, loses girl, and is finally reunited with girl. Set in mid-century Hong Kong, it’s also an allegorical love story where the couple’s interracial romance is held up against tradition, cultural conflicts, imperialism, and morality. A story, ironically, that’s often accused by its detractors of reinforcing the negative stereotype towards Asian culture.

A native of Hong Kong, Alex Chin loves The World of Suzie Wong. A worn hardback copy of it is displayed at the front of the year-old East Walnut Hills restaurant that bears its name, a restaurant that Chin manages for a private, unnamed Chicago restaurant group (which, he says, wishes to remain anonymous). It is Chin’s menu, though, and as executive chef, his food. And while much of it is familiar, neither is it a stereotype.

Just before the categories of Pan-Asian and Pacific Rim cuisine became part of Cincinnati’s culinary vernacular, there was Pacific Moon Café. Tucked into a corner of Montgomery from 1991 to 2007, Alex and Barbara Chin’s restaurant (their partnership has since dissolved) was popular for its extensive menu of dishes from Thailand, Vietnam, Indonesia, China, and Japan. The breadth of Asian cuisines featured on one menu was a first for Cincinnati, with dishes generally well executed by Alex, who—prior to Pacific Moon’s opening—closed his St. Bernard restaurant, Chin Dynasty, moved back to Hong Kong, and traveled throughout Asia learning the various cuisines.

If you were a fan of Pacific Moon dishes (I loved the ginger laced steamed whole pike and weekend dim sum brunches), you’ll recognize a few items that have crossed over to Suzie Wong’s menu, such as laub gai and Vietnamese rolls, both variations of lettuce wraps. For the laub gai, browned peppery chicken soong (in Cantonese and Mandarin, referring to meat that is minced ) is folded into leaf lettuce with stems of fresh cilantro and mint, red Serrano peppers, a squeeze of lime juice, and a drizzle of fish sauce. Despite the chicken being somewhat dry, the flavors are bright and complex, and like most hand food, a bit of messy fun. In the Vietnamese roll version, small cigar-sized rolls stuffed with chicken and shrimp are crisp fried and lettuce wrapped in the same manner.

The most prominent feature of the physical space is the generous outdoor patio that occupies the corner of Woodburn and Madison, unremarkable for any added comfort or ambience other than being surrounded by some magnificent historic buildings, St. Francis DeSales Church and the Romanesque San Marco Apartment Building among them. Nevertheless, on a warm October weeknight, diners pack every table on the outdoor patio, passing sizzling platters of Korean kalbi (tenderific beef ribs marinated and glazed in a sweet, dark, sesame soy sauce); plates of double shrimp banh phong tom (pastel-hued chips made from shrimp and starch and topped with an added pop of chopped shrimp, water chestnuts, fresh herbs, and spices—the Vietnamese version of pork rinds and dip); and commanding chopsticks to grab slippery Korean glass noodles. Sautéed with sesame oil, chili paste, and kimchi, they’re called jap chae, and they’re good; the soupier version, simmered in seaweed broth, onions, chili powder, kimchi, scallions, and topped with a fried egg, is called jan chi guksu, and it’s better.

Illuminated by the overhead street lamp, the yellow curry of Malaysian chicken takes on an otherworldly glow. Like Suzie Wong, it’s not exactly what the stereotype may suggest. Instead of the pasty one-note neon stew that has emerged from thousands of paper cartons, the flavor is more complex than the glossy coating belies. Made with fresh (not canned) coconut milk, it is rich but not cloyingly so, the seasonal vegetables crisp tender, the chicken breast moist, and the sauce thin enough for the side of rice to soak up.

If you are a fan of the Korean hot stone bowl known as dolsot bibimbap—and let’s face it, who isn’t?—Chin makes a decent version. This fusion of beef, individually prepared vegetables (spinach leaves, sprouts), rice, and chili paste, is topped with a fried egg—a bit too fried in my estimation, as it was nearly hard by the time the server initiated the ritual of stirring it in, and it broke into chunks instead of partially binding the other ingredients.

Bibimbap translates literally to “mixed rice.”  (Dolsot indicates that the bowl the mixture is served in is hot.) Ideally, the clay pot or hot stone bowl should be sizzling so that it cooks the soft egg as it is stirred in, and the bottom layer of rice should form a crust of grape-nutty kernels. Though our server pointed us in the right direction, running through the proper procedure and briefing us on the treasure we were sure to discover, it was a bust when we reached bottom. No crunchy nuggets of caramelized crust. The bowl simply wasn’t hot enough to begin with. However, at $11, it’s a worthwhile option in a city with too few iterations of this dish.

Along the line of too few options, it can be a challenge to find good dining choices on Sunday and Monday evenings—especially Mondays, when many local spots are closed. Suzie Wong’s is open Monday through Saturday in the winter (seven days a week otherwise) and—here’s the best part—even delivers for a $20 minimum order within a three mile radius, including downtown. Cincinnati may be up to speed in other aspects of the culinary arena, but we fall way behind in what can be delivered to your door.

For $12 of that minimum, I suggest the elegant Cambodian carpaccio. You may sacrifice the plate presentation, but the flavor is full on. Delicate slices of beef filet are marinated in lime juice, olive oil, and herbs, and accompanied by fresh basil and whole red chilies. With just a dribble of mirin vinaigrette, it is at once sweet and acidic, cool with a kick of heat, and enough fat to encourage it to dissolve on the tongue. It is easily one of the best dishes on the menu. Round out your $20 delivery order with a generous bowl of Suzie’s posh chicken and udon noodle soup or the excellent beef pho: rice noodles, clear, housemade beef broth, and slices of filet with traditional garnishes (basil, sprouts, lime, and chile peppers). While you’re slurping noodles, curl up in your jammies, and pop in the 1960 movie version of The World of Suzie Wong starring William Holden and Nancy Kwan. You’ll end up falling in love with both Suzies.