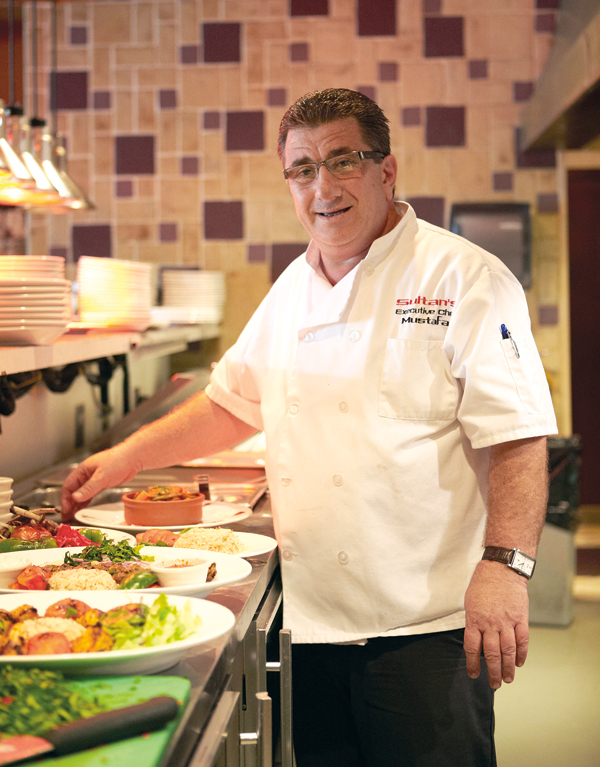 Esma’s kitchen had very little in common with ours. Where our pantry shelves held long square loaves of sliced bread from the grocery store waiting to be layered with cheeses, meats, and peanut butter for sandwiches, the shelves in Esma’s pantry were stacked with thin rounds of yeast-raised flatbread, handmade by her mother, to wrap around warm salty grilled meats and smoky pureed eggplant. Where cellophane packages of Hostess CupCakes and pink Sno Balls awaited their final deployment to the Barbie, G.I. Joe, and Beatles lunchboxes lined up on our kitchen counter, Esma’s mother wrapped sticky sweet squares of baklava cut from a large flat tray into napkins to accompany us out to the backyard where we would rule the swing set for hours.

This was my introduction to Turkish cuisine, though I didn’t know it at the time. My memories of the family’s story are limited: I think they were from Istanbul and her father designed airplane engines. Her mother was gorgeous and welcoming. Esma attended a different school than most of the kids in the neighborhood. But this much is clear: Their house always smelled of mint and what I now know to be coriander. Bowls of olives—not the pimento stuffed sort that sought out a good soaking of gin or vodka in our house, but russet, pale green, and reddish black—always sat on the living room table along with toasted nuts. I had never seen a pantry with so many jars, unlabeled, corked, and filled with spices, stuffed with lemons or marinated vegetables. I had never heard of yogurt, sat on a kilim-upholstered cushion, or eaten dates and oranges as a dessert. And I never saw the family again after they moved away. But for the couple of years that Esma and I met on her swing set, I imagined that this is how kings and queens must eat.

Years later, as it turns out, I discovered two things about Turkish cuisine: that my 10-year-old’s fantasy wasn’t so far off, and that Sultan’s may be the most popular name in the world for a Turkish restaurant for good reason. Lodged in the former West Chester location of Encore Café—which still maintains every bit of its spacious, upscale-casual suburbanista feeling, complete with cabernet paint and dried flower arrangements—Sultan’s is nearly empty on a weekend night. It shouldn’t be, especially since the renowned Turkish hospitality is evident from the moment we enter.

Energetic on a slow night where others may have been sluggish, gracious and welcoming though we came in near closing time, respectful of our numerous questions, the male waitstaff (we did not see a female employee during any of our visits) treated us like royalty. If there could be any case made for impediment—and it’s a weak one—it is that they were too attentive. Wine and water glasses never dipped below an inch of their maximum pour. A dropped fork was replaced before it hit the floor (or so it seemed). Appetizers meant for two or four came with extra servings for our table of three one night, five on another—without asking, and without an upcharge. Even when we were the last table overlooking the empty parking lot and the outdoor lights dimmed, out came bowls of rice and almond puddings, baklava, and tiny blue and white demitasse cups filled with thick black Turkish coffee. If  leisure and relaxation could be categorized as a passion, the Turks are ardent masters.

Not surprisingly, kebabs command much of chef Mustafa Koylu’s menu. Fans of the now-departed Café Istanbul at Newport on the Levee or Café Mediterranean in Anderson Township will be familiar with much of Sultan’s menu. Both were places Koylu skewered, marinated, and chargrilled kebabs, the iconic Middle Eastern cuisine: chunks of lamb and beef on a vertical spit for the popular Döner kebab (a.k.a. Turkish gyro), peppery ground lamb for the Adana kebab or cubed and marinated for the Shish kebab. Rib eye steak, swordfish, and chicken are also marinated—some in yogurt, others in olive oil, lemon, and onion—and skewered, but it’s the lamb versions that respond best to the spices and the grill, retaining a tender interior with an outside char.

From their modest beginnings when nomadic warriors roasted chunks of meat on their swords, kebabs are symbolic of Turkey’s simple and unpretentious food. There is little fanfare in presentation, the meat released from skewer to plate and accompanied by long grain rice and a stewed tomato or a shredded salad. To do more would be frivolous and fussy and over analytical, cleaving it from its sense of place that reflects the sensual and simple pleasure of sun and earth and timelessness.

Also faithful to that spirit are the meze, the parade of small plates and appetizers consisting of vegetables, beans, and grains pungent with garlic and tomatoes, perfumed with herbs, or laced in golden olive oil. Again, Koylu features many of the same dishes from his prior gigs: the refreshing yogurt dish with cucumber, mint, and garlic known as cacik, and its thicker cousin haydari, with chopped walnuts, dill, and garlic. Both are tart without being sour, both particularly good after a plate of the housemade dolmas (grape leaves rolled with rice, herbs, pine nuts, onion, and spices) or soslu patlican, lightly fried cubes of eggplant partnered with red peppers and garlic in a fresh tomato sauce.

If Esma and her family continued to live in the U.S., I wonder if they were astounded by the American gentrification of their most well known meze, hummus, increasingly accessorized over the past 10 years with more flavor add-ins than ice cream. Classic and unadulterated is the sort to expect at Sultan’s, meaning little more than pureed chickpeas with sesame oil and a suggestion of garlic. So too for the baba ghanoush, with pureed smoked eggplant standing in for the chickpeas. Pita bread is never absent from the table, ready to scoop spoonfuls of kisir, a cracked wheat salad similar to tabbouleh with less parsley than the Lebanese style, or my favorite, a garlicky white bean salad called piyaz that paired well with the Kavaklidere Cankaya, an impressive Turkish white wine with a nose of tropical flowers and a long, clean, crisp finish. The meze menu is rounded out with flaky cheese or spinach boureks, falafels, soups, salads, and more, while baked casseroles or stuffed cabbage and eggplant dishes (dubbed “Ottoman specials”) round out the heavily kebab focused menu.

Much of Turkey’s cuisine as we know it was created during the Ottoman Period that ran for nearly 400 years through 1923. Called “the Frenchmen of the East,” the Ottoman sultans were known for their lavish, extravagant banquets, generosity, and love of the good life, all of which pushed the cuisine into a sophisticated culinary style that has continued to rival both French and Chinese without compromising simplicity. So when my 10-year-old self imagined that dining with Esma’s family was like dining with kings and queens, I wasn’t far off. At Sultan’s, I managed to recapture a little of that magic.

Originally appeared in the September 2011 issue. 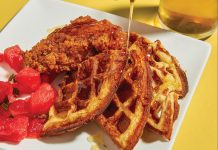 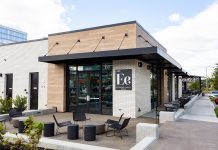