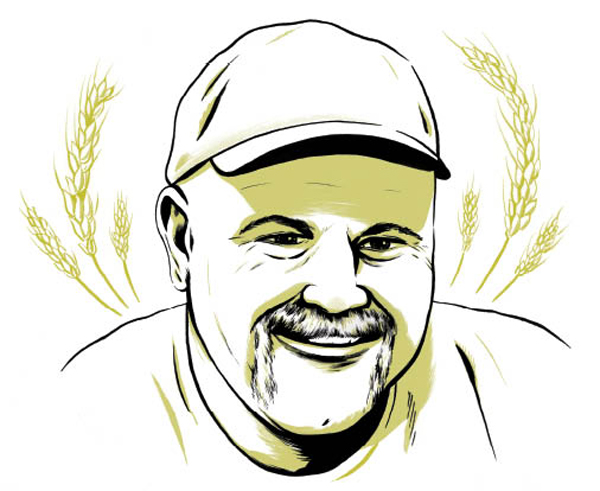 Dave Dixon’s home brews have won hundreds of awards and two gold medals from the American Homebrewers Association. We talked to the Kentucky native about why he does it, his worst beer, and what’s on tap at home.

Have you ever brewed bad beer? Two years ago I had an issue with chlorine in the water. Everything tasted very plastic-y.  I was trying to figure out why. Did I have problems with CO2? With my keg? I had to replace my water filter to solve it.

Did you start brewing to compete? I enter a beer into competition to get feedback. Winning the awards is a bonus.

How many are you up to now? Well over 220 awards. When I got my ribbons from the Kentucky State Fair this year, I ran out of space on the wall. So I’m going to have to move all my wife’s awards over.

Your wife brews too? That’s how we met. She likes to make cider, wheat, and fruit beers. I brew mostly ales, because I like the taste. But we’ll brew anything. Between my wife and I, we can have 18 beers on tap at home.

Just on tap? Do you have bottles? I think we have 20 cases of competition beer. That’s not counting my specialty beer refrigerator. If I see a good beer, I buy it. We are not lacking for beer in our household in any way, shape, or form.

Dave Dixon’s home brew videos can be found at: youtube.com/user/ddreaded

Originally published in the November 2011 issue.