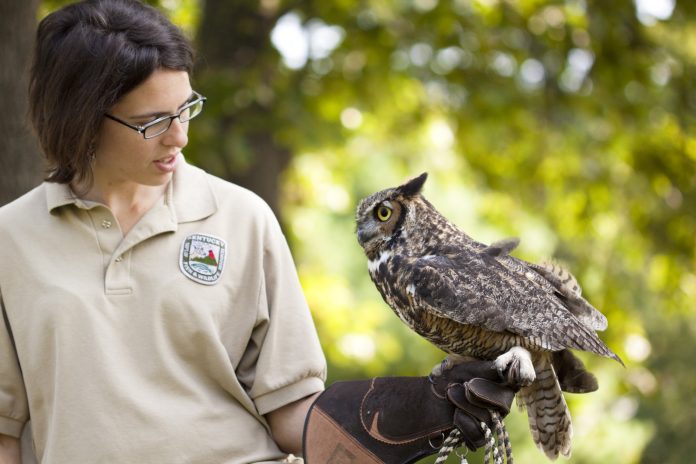 If you’ve already circled the Cincinnati Zoo several times this season but the thought of wild animals combined with a nice stroll in the sunshine still holds attraction, it may be time to get out of town for a day at the Salato Wildlife Education Center. Located just an hour and a half south into Kentucky, Salato is more safari than zoo, with walking paths running through forests and hiking trails right on the property. View the great mammals of the west—bison and elk—from the safety of an overlook before strolling by the black bears and bobcats in their enclosures.

Spend the morning exploring the property: See the natural setting of the Dragonfly Marsh and walk through the shady Oak Hickory Forest and the Cove Forest at the base of the Appalachian Mountains. The Living Stream exhibit is modeled after a real creek with a waterfall and a tunnel visitors can walk through to see the fish and turtles swimming through just inches away.

Pack a picnic lunch to dine at the shelters near the park entrance, then head to the HabiTrek Trail to work off your meal with a short hike through the woods and the prairie. Take a break from the great outdoors to visit the Center’s exhibits, learning about Kentucky’s native plants and creatures, including frog and toad species, huge, record-breaking fish caught in the state, venomous snakes, alligator and aquatic turtles, and a live bee hive.

Afterwards, stop by the Salato Center to pick up a fishing license and fishing poles (available for borrowing) to spend the rest of the afternoon by one of the area lakes. Finish the day with burgers and milkshakes at Cliffside Restaurant alongside the Kentucky River in nearby Frankfurt, before making the drive back home.