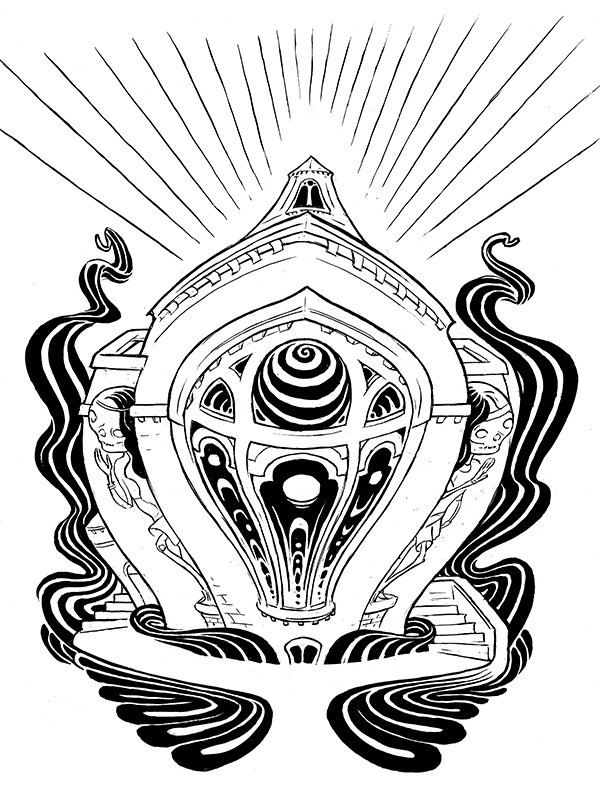 There’s a plaque on the building at the southeast corner of Fifth and Walnut Streets commemorating a speech that President John F. Kennedy gave there in 1962. But I’m told that the plaque’s date is wrong by several days. If true, how did that happen, and will it ever be fixed?
—Ask What You Can Do for Your Plaque

Dear Can Do:
What else do you expect from today’s oh-whatever attitude toward America’s past? Hollywood regularly assaults us with “historical” scenes like Forrest Gump’s 1967 deployment to Vietnam accompanied by Creedence Clearwater Revival singing “Fortunate Son,” and it assumes we won’t notice, or care, that that song did not exist until two years later. We don’t, and we don’t. Somewhere a Trivia Night host weeps.

By contrast, the John F. Kennedy Presidential Library and Museum in Boston rigorously documents every date of its namesake’s whereabouts, maintaining its rigor by carefully using the word “date” in only one way. The president’s legendary private dates with an astonishing number of young women are not noted, perhaps because the archivists are unable to verify them all. Mr. Kennedy’s official activities, however, are thoroughly corroborated. The Doctor can therefore confirm that JFK’s speed-date with Cincinnati occurred on October 5, 1962, and not October 8, as our downtown plaque insists. Sadly, this embarrassing error is literally set in stone, unlikely to change, and its perpetrators have long vanished into the mists of bureaucracy. Mistakes were made.

With all the craziness happening in Ukraine, I’ve been wondering about Cincinnati’s sister city over there, Kharkiv. Are we still in touch with them, and how are things?
—Poop On Putin

Dear Poop:
Kharkiv, about 25 miles from the Russian border, only wishes that their biggest headaches were streetcars and bike lanes. But Susan Neaman, president of the Cincinnati-Kharkiv Sister City Partnership, encouragingly describes the town’s current situation as better than other eastern areas of the embattled country. It is sobering, however, to realize that “better” includes Kharkiv’s mayor recently being shot by a sniper.

Don’t worry (too much); he’s going to be OK. This year marks the 25th anniversary of our partnership with Kharkiv, although because it falls on September 11, it’s anybody’s guess how distracted either city may be on that day. A planned visit of Kharkivians to Cincinnati in November is still on as of this writing, with the theme of “Accountable Government.” We’re gonna show ’em how it’s done!

Is it true that the Grateful Dead, years before they were huge, gave a small concert in Cincinnati? My friend swears this happened in, of all places, a church in Hyde Park. I think her memory may be, um, compromised?
—Touched of Grey

Dear Grey:
Your friend’s memory may have dimmed from hazardous exposure to the 1960s, but it shines a clear light on this event. In 1968, the Grateful Dead performed for a small audience in an abandoned church next to the library on Erie Avenue. The church had sat Godless for years, but the Businessmen’s Association, eager to lure increasingly rebellious Baby Boomers away from its genteel Square, decided to rechristen it as the “Hyde Park Teen Center.”

This strategy might have succeeded but for a fatal flaw: the appointment of a young man named Jim Tarbell as the center’s director. Frying pan, meet fire. During a pilgrimage to San Francisco in 1968 to observe that city’s “happenings,” Tarbell was alerted to the existence of some groovy far-out righteous new band about to start its first national tour. He instantly booked them to play at the Teen Center after Thanksgiving.

What a strange, short trip it was. Descriptions of the weekend by various participants are profoundly contradictory, for some mysterious and cloudy reason. Claims that the Dead played on Friday night for a private audience are disputed by some, but they definitely performed a very long set on Saturday, November 30. Or perhaps it was two sets with a hard-to-discern intermission. This we know for sure: Everyone had entirely too much of a good time, with the vibes, volume, and vomit emanating far beyond the boundaries of the Hyde Park Teen Center. Not long afterward, the Center’s concept was re-invented at the more desirably distant Ludlow Garage in Clifton, where more legends mushroomed.

Dr. Know is Jay Gilbert, who can also be found online at Uncle Jay Explain The News, Submit your questions about the city’s peculiarities at drknow@www.cincinnatimagazine.com