Home News There’s a Crypt Underneath St. Francis Seraph Church, and You Can Go... 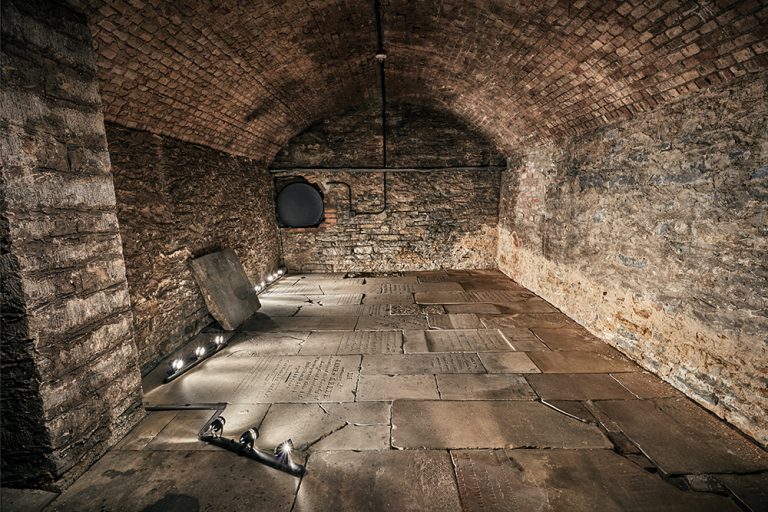 It isn’t often that a group of families will come together and request a mass grave for their long-dead relatives. But that’s just what happened at Over-the-Rhine’s St. Francis Seraph Church, where you can visit a real-deal crypt holding the collected remains of 41 early Cincinnati citizens, mostly of Irish descent. The original clapboard church—built in 1819 and then known as Christ Church—was a far cry from today’s double-spired wonder. And when that new building went up in 1859, the old churchyard had to go. But some families saw a silver lining and moved to have their loved ones buried right under the new altar, with the grave stones laid down on the floor, Poets’ Corner–style. There they stayed for more than 100 years, inaccessible to everyone except the inhabitants of the friary, which remained cloistered until the 1970s. Now, thanks to the American Legacy Queen City Underground Tour, you can see the crypt in person. Brother Tim Sucher was part of the effort to make it presentable. “This was a mess 12 years ago,” he explains, as the anterooms were used for storage. “We attempted to make it more sacred.”