Bunnel Hill Rd., Lebanon, (513)932-6396
Over the past five years, a maze craze has been stalking the country’s cornfields. Our favorite is The Incredible Maize of Warren County, LLC. Claiming to be one of the largest in the U.S., TIM is an interactive course: trivia questions—if answered correctly—provide directional clues. We chose the easiest ones (Which actress starred in The Wizard of Oz?), and followed a family of scouts, but got so cornfused we eventually resorted to plowing directly through rows of cornstalks. Word up: Cheating does not get you ahead. It took us 90 minutes to negotiate half the 25-acre site.

www.miamivalleytrails.org
The flat terrain of the Little Miami Scenic Trail delivers a leisurely ride north from Milford, but if you’re in the mood for more of a workout, the Lebanon Countryside Trail, which connects to the LMST north of Loveland, is peppered with challenging hills, including one steep climb that will have your calf muscles pleading for mercy. The 8.2-mile trail cuts through the industrial complexes along I-71, subdivisions, farmland, and finally parallels Ohio Route 48 into Lebanon. The last mile is an easy ride through Harmon Park, ending near the train station and the Double Dip restaurant, where you can refuel on homemade ice cream.

South side of Fifth Street between Plum and Elm
If an area is appealing to skateboarders, be assured that rails will be ridden and kickflips and ollies will be attempted. On one city-owned property, no one seems to get in a tailspin about it. Known simply as “Shapes” by skaters, it is a 25-foot by 40-foot abstract concrete maze of arcs and planes built in 1984 as a temporary sculpture to enhance an undeveloped parcel of land next to Convention Place Mall. Originally titled Circumspect, its uncontrolled and unsanctioned status makes it renegade enough for skaters, and ironically, there’s no need to be circumspect with officials.

www.cincyrunlikehell.com
This annual Halloween party-on-the-run attracts around 3,000 participants and raises money for the local Cystic Fibrosis Foundation. The race begins at 7:30 p.m. at the corner of Dana and Woodburn avenues and winds through eerie Walnut Hills Cemetery, where the funk of 160 years rests under the moonlight. If a “thriller” run isn’t your idea of fun, you can still party until the midnight hour with a post-race bash that includes a costume contest, free food, and live music emceed by WEBN’s Dawn Patrol.

95 Riviera Dr., Bellevue, (859) 291-4007, www.thepartysource.com/eq
The Party Source has spent the last 14 years getting us liquored up, but who knew they could feed us, too? Entertainment Quotient —or EQ, for short—gives chow hounds the lowdown with nearly 400 classes a year. Culinary Director Amy Tobin has attracted great staff and guest instructors: Learn about Indian fusion cuisine from Cumin owner Yajan Upadhyaya or have Daveed’s chef and owner David Cook show you how to tangle with tapas. Hands-on classes are limited to eight, which ensures you’ll get the knack of truffle making, while up to 32 can kick back and watch demonstration classes, where someone else whips up a prime rib dinner. It’s the perfect hangover cure.

301 Kenton Lands Rd., Erlanger, (859) 426-7777, www.go2silverlake.com
What makes Silverlake Family Recreation Center special is the “family” part. The 70,000-square-foot facility offers everything from an Olympic-size pool to warm water hydrotherapy for Granny. The facility’s membership has exploded in the past few years (a $5 million members-only outdoor water park opens in ’08), in part because children’s fitness programs have taken off. The idea is to engage kids while Mom and Dad are pumping iron, so the whole clan gets in shape. It’s “fit-tainment,” says membership director Camille DeVita. “Some families go to the mall on weekends for entertainment. And some spend hours here.”

4046 Hamilton Ave., Northside, (513) 591-0019
Seductive. Sensual. Sophisticated. Sorrowful. Combining the music and choreography of European waltzes, mazurkas, and polkas with African rhythms and the angst born in the port cities of 19th century South America, the tango is called many things, but rarely just a “dance.” Teacher Michael Wizer of Tango Del Barrio in Northside has been teaching the tango and hosting milongas (social dances) here for the past six years. The dances attract participants who transcend age, race, and class. “The tango is transformative. It teaches you that to get tangled up is part of life; you just move beyond it,” says Wizer as he leans into his dance partner and they begin to glide effortlessly across the floor, an intricate puzzle of four feet with the intuition of one heart.

6123 State Route 350, Oregonia, (513) 932-4421
A couple millennia ago, the prehistoric people who lugged dirt to build the earthworks at Fort Ancient State Memorial might have been too tired to appreciate the site’s commanding view of the Little Miami Valley. Today, it makes a fabulous afternoon of brisk, breezy autumn rambling, with three and a half miles of trails, beautiful vistas, and a museum filled with ancient artifacts. The park is closed November through March except for an annual winter hike held in January. Hardy souls should call to make reservations.

www.ohioriverway.org
For seven years, the two-day Ohio River Way Paddlefest has brought 1,500 paddlers and another 2,500 visitors on foot to enjoy our greatest liquid asset. During the fest, the river is closed to powerboats and barges, which leaves ample room for the cheery flotilla to stretch from bank to bank. Next year participants will drift, float, or race to the Public Landing from a new starting location—Coney Island. Organizers hope to incorporate a biking event into the frenzy. Whether you paddle or pedal, it’s all down river.

Winter thrill rides, not for the faint of heart.

660 Lafayette St., Clifton
With its two hills sloping into one another like a big bowl, this is a favorite winter hangout for local teenagers and university students. You’ll often see the daredevil riders building snow ramps to get airborne.

4450 Rapid Run Parkway, West Price Hill
When the reflecting pond freezes over, one steep incline feeds you right on to the ice and shoots you all the way across the surface. Watch out for the ice skaters!

7850 VOA Park Dr., West Chester
A huge, 65-foot hill created from the excavation of the 35 acre lake, the descent is wide, long, and mostly contoured for a smooth ride, with a few bunny hills to keep it interesting. Good news: There’s a safety fence at the bottom.

19074 Perfect Lane, Lawrenceburg, (513) 381-7517
It’s always winter here, with a 24-lane tube park of man-made snow. Your $23 includes tube rental, two hours of tubing, and use of the lift—a moving sidewalk that takes you back to the top of the 750-foot run. Lanes have different pitch and roll to vary your ride.

1600 Montague Rd., Covington, (859) 292-2151
On the few good snow days, this scenic park with its rolling hills attracts crowds of families near the band shell area. The slopes are steep and tend to get icy, so several areas are restricted for safety.

Clifton Heights
OK, so this isn’t an official designated spot, but if you’re familiar with the incline, you know the city closes it to traffic regularly throughout inclement winter weather. When they do, out come the sleds and discs. As one resident explained, “It is so steep and fast, I can’t believe we still have all our limbs and teeth!” Us either 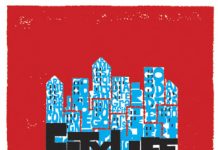