Indigent people want a clean place to take a load off, grab a cup of coffee, surf the ’net, or make a quick phone call, just like you. Now they have that—and dignity—in the Canticle Café, a service of St. Francis Seraph Church. There’s a social worker on hand three days to handle emergencies, neighborhood Bingo on Wednesdays, and AA meetings twice a week. On Mondays and Tuesdays, volunteers make 300 or more brown bag lunches for countless day laborers. “The whole intention of the Franciscans was to have a hospitality center and not offer what was already there,” says Brother Michael Murphy, café director. Who knew a coffee shop could serve a higher calling? 1600 Vine St., Over-the-Rhine, donations (513) 515-8804, information (513) 515-2719

Folks north of the river have the best view of what is hands-down the most exciting addition to the local skyline, The Ascent at Roebling’s Bridge. Architect Daniel Libeskind, best known for his Holocaust Museum in Berlin, the new addition to the Denver Art Museum, and his World Trade Center Master Plan, has designed a bold residential high-rise whose shape and mirrored glass facade make it look more like a piece of sculpture than a building. Bravo! 1 Roebling Way, Covington, (859) 292-5568

In the blogosphere, vitriolic rants about local media abound, but none call for the rehabilitation of a particular news outlet as strongly—and thoughtfully—as CincyNewsAche. The anonymous blog is a major critic of The Cincinnati Enquirer. Where others bash individual Enquirer writers, NewsAche attacks the paper’s entire structure. “One of my tasks here is to point out the lazy decision making that seems to be rampant at the Enquirer,” reads an early post. Some say NewsAche is an Enquirer employee—possibly current, perhaps former. Does it matter? Not knowing makes the information all the more intriguing. cincynewsache.blogspot.com

Nancy Meyer, who owns Row House Gallery, grew up in a home filled with art but she learned at a young age that not everyone was so fortunate. Some people didn’t have homes, let alone artwork. Meyer decided to address both problems by donating a painting, drawing, or print for every house built by Habitat for Humanity in Clermont County, and she’s stepped up her efforts this year with an art drive. Through the end of the year, original paintings, prints, sculptures, and ceramics can be dropped off at Row House. The artwork will either be used in Habitat houses or auctioned at a fund-raising event. Kudos to Meyer for extending an artful helping hand. 211 Main St., Milford, (513) 831-7230

The folks at Circle Tail are busy. They’re rescuing abused and abandoned dogs, arranging canine adoptions, and offering obedience training and behavior management classes. But their most inspired—and inspiring—work is what the nonprofit is doing with four Ohio prisons. In this program, screened male and female inmates care and provide training for dogs that will either be given as assistance dogs to those with mobility, hearing, neurological, or psychiatric disabilities, or be put up for adoption. The result is a win-win-win-win: Participating inmates create fewer disciplinary problems and make a contribution to society; dogs that would have been destroyed are saved; disabled people who need assistance get a devoted canine companion; and it costs taxpayers nothing. circletail.org

Quick Parking Space: Valet Circle at Newport on the Levee

Did you know that Newport on the Levee offers 15-minute parking in its valet circle? We didn’t either. Now a quick trip to the Levee doesn’t sound so crazy. Park your ride along the curb, but don’t try to get away with seeing a movie, OK? newportonthelevee.com

It sometimes seems nothing is hip enough to satisfy our city’s legions of critics. But there have been some changes to downtown’s character, and 79-year-old Julian Stanczak’s enormous Sixth Street op-art facade entitled Additive #6 is chief among them. Consisting of 522 massive multi-colored aluminum tubes, the vibrant structure masks the seriously dreary Fifth Third parking garage. The block-long piece seems to change color as you walk past. A fitting tribute to downtown’s resurgent dynamism. South side of Sixth Street between Vine and Walnut

A part-time art instructor at Elementz Hip Hop Youth Arts Center, Benjamin Thomas teaches inner-city kids to tap into their creativity through graffiti. Meaning, he gets paid to tag. Thomas did a few pieces for Kings Island’s Halloween Haunt, and you can also check out his work at Tri-County Assembly of God in Fairfield. “You see urban-style artwork all over the place now,” he says. That’s a good thing. natiyouthcenter.org

A newspaper delivers more than just information. It communicates a sense of place, whether that place is Cincinnati, Dayton, Chicago, or London. Pick up the dailies from those cities plus The New York Times and The Wall Street Journal at Fountain News. World travelers will find Spain’s El Mundo and Le Figaro from Paris as well as Arabic and English versions of the Egyptian paper Al-Ahram. Go ahead. Get your fingers dirty. 101 E. Fifth St., downtown, (513) 421-4049

Yes, Anthony Luensman’s work has appeared in galleries and museums all over town, but when his multimedia presentations and site-specific installations appear in other parts of the the world, he brings the Cincinnati art scene to a much larger audience. The Elder grad’s work has appeared at Louisville’s 21c Museum Hotel and New Center for Contemporary Art, as well as the Museum of Contemporary Art in Taipei, Taiwan. “I attempt to create work that has a strong visual appeal,” he says, “perhaps even dramatic or humorous.” Good for him, and us.

Developed by Bill Baum of Urban Sites —a creative pioneer in Over-the-Rhine development—the contemporary, loft-style Duveneck Flats have invigorated the corner of 12th and Vine Streets, a focal point of revitalization within the Gateway Quarter. Named for the renowned artist and former head of the neighboring Art Academy, the 15 spacious condos (10 of which had already been sold at press time) feature architect Mark Gunther’s curved interior walls (many from glass block), exposed brick, original hardwood flooring, vent-free gas fireplaces, natural woods and stone, juliet balconies, and rooftop decks with city views. From there, you can see the vibrant past, the dynamic present, and the flourishing future of one of Cincinnati’s most compelling communities. 1214-1220 Vine St., Over-the-Rhine, (513) 621-6246

These downtown additions (finally!) have us cheering.

Fountain Square has been called the city’s living room, the place to gather when there’s something to celebrate. Now we have another reason to congregate there—to indulge our shared passion for watching the Reds and the Bengals. We’re talking a mondo video board atop Macy’s, which, thank goodness, allows you to take in the 40-foot-wide screen from the proper viewing distance. Organizations also can request airtime for events that have mass appeal—like maybe a UC football game, for instance. Calling Mr. Donabedian! (Check out www.myfountainsquare.com/video, or call (513) 621-4400.) Fifth and Vine streets, downtown

Though founded in 1835 by merchants and clerks, The Mercantile Library has long been stymied by the air of its own exclusivity. Sure, the abundance of busts of dead white men and the smell of leather-bound tomes spells “members only.” But with the Noon Music series—now a decade in—it’s one of those rare times there will be noise and, if you bring a brown-bag lunch, food in The Mercantile Library’s hallowed main room without so much as a “shhhhh” from a disapproving librarian. With musicians like Lily Ashfar, Apollo’s Cabinet, and Wild Carrot playing genres as disparate as solo guitar, chamber music, folk, jazz, and blues, the free noontime series (the first Friday of the month, September through December) is a good reason to get out of the cold. 414 Walnut St., 11th floor, downtown, (513) 621-0717

Whether you’ve come to Fountain Square to rally or merely stroll, you’ll eventually work up an appetite. Now, after two years of slow construction and stomach growling, right on the square you’ll find Rock Bottom Brewery, a new Graeter’s, and Via Vite, a new Italian restaurant by Nicola’s owner, Nicola Pietoso. And of course don’t forget Palomino, Bistro JeanRo, McCormick & Schmick’s, and two standouts for meat lovers: Boi Na Braza and the new Morton’s. At last, we can eat. Fifth and Vine streets, downtown

* Please note that the information listed in this section was accurate at the time the issue went to print and that addresses, menu items, company status, etc., may have changed. Please contact the companies to confirm details. 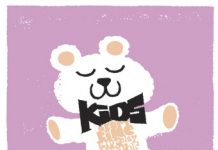